The cornerstone of the Museum’s collection is General George Washington’s Revolutionary War Tent, the marquee or office and sleeping quarters that he used as the command center of the Continental Army. Created as a mobile field headquarters, the tent was likely made in Reading, Pennsylvania, in early 1778 while Washington’s army was at Valley Forge. Between 1778 and 1783, this rare surviving tent was the scene of many dramatic moments and was present at the 1781 Siege of Yorktown, the last major battle of the Revolutionary War.

The tent remained with descendants of Martha Washington's family until Miss Mary Custis Lee, its last private owner, sold the tent to our collection's founder, Reverend W. Herbert Burk in 1909. In the century since Burk acquired the tent, you may have seen it on display at Valley Forge, including on loan to Valley Forge National Historical Park, and corresponding items from Washington's camp equipage at various other institutions.

In 2013, the Museum of the American Revolution partnered with the Historic Trades Department at The Colonial Williamsburg Foundation in Williamsburg, Virginia to reproduce Washington’s War Tent. The First Oval Office Project allowed Museum staff to make important decisions about how the original tent would be displayed at the Museum in the Alan B. Miller Theater. The replica tent was used in the filmmaking process to design and test the mount that displays the original tent in the Washington’s War Tent film produced by Donna Lawrence Productions.

The process and collaborative research of The First Oval Office Project continues as we learn more about Washington’s wartime headquarters, including the acquisition of a previously unknown image, the only contemporaneous eyewitness depiction of the tent, which inspired the Museum’s first temporary exhibition in early 2018, Among His Troops: Washington’s War Tent in a Newly Discovered Watercolor. The Among His Troops Coffee Table Catalog is available for purchase in the Museum Shop.

Each year, the hand-stitched replica tent is pitched outdoors at historic sites as an interactive education and outreach program with associated replica tents, camp equipage, and furnishings, which fosters special immersive opportunities to experience how this tent was used during the Revolutionary War.

Funding for the First Oval Office Project was generously provided by Acorn Foundation Fund for History in Memory of Alexander Orr Vietor. 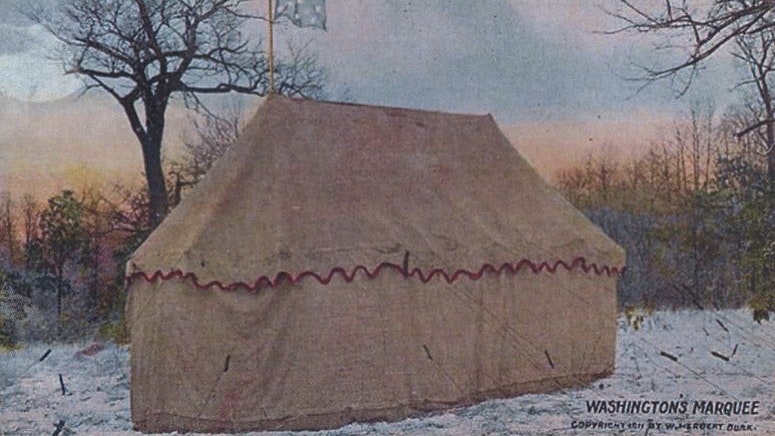 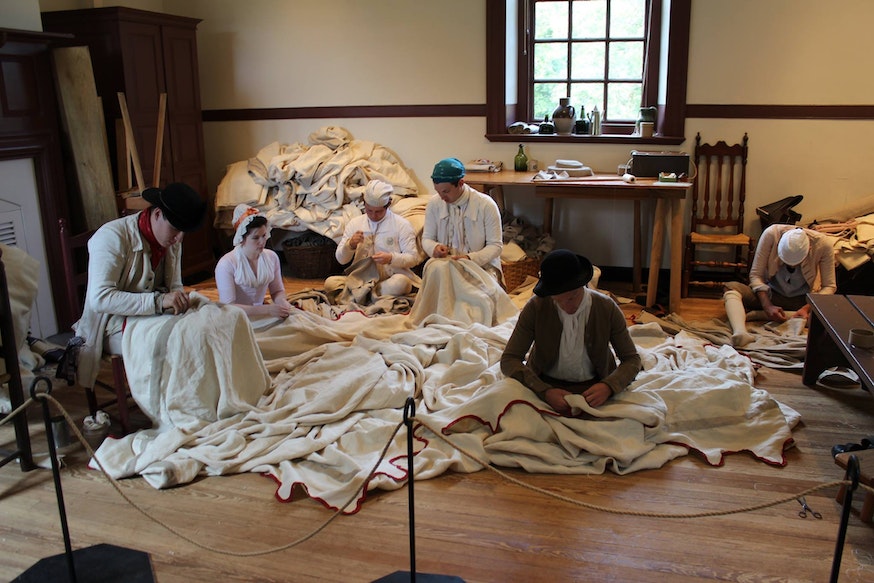