The poll lists suggest women’s political significance and participation in local, state, and federal elections in early New Jersey. This first in-depth analysis of these nine poll lists from New Jersey refutes any presumption that women in the Early Republic were only passive witnesses and bystanders of the political processes that shaped the new nation.

Not only has the Museum discovered evidence of women voters in early New Jersey, we have also identified the names of at least four free Black male voters on one of the poll lists. While we have yet to confirm the identity of any free Black women voters, the presence of both women and free Black voters on these poll lists reveals the inclusive nature of the electoral system in New Jersey in the first few decades following American independence.

Who Women Voted For 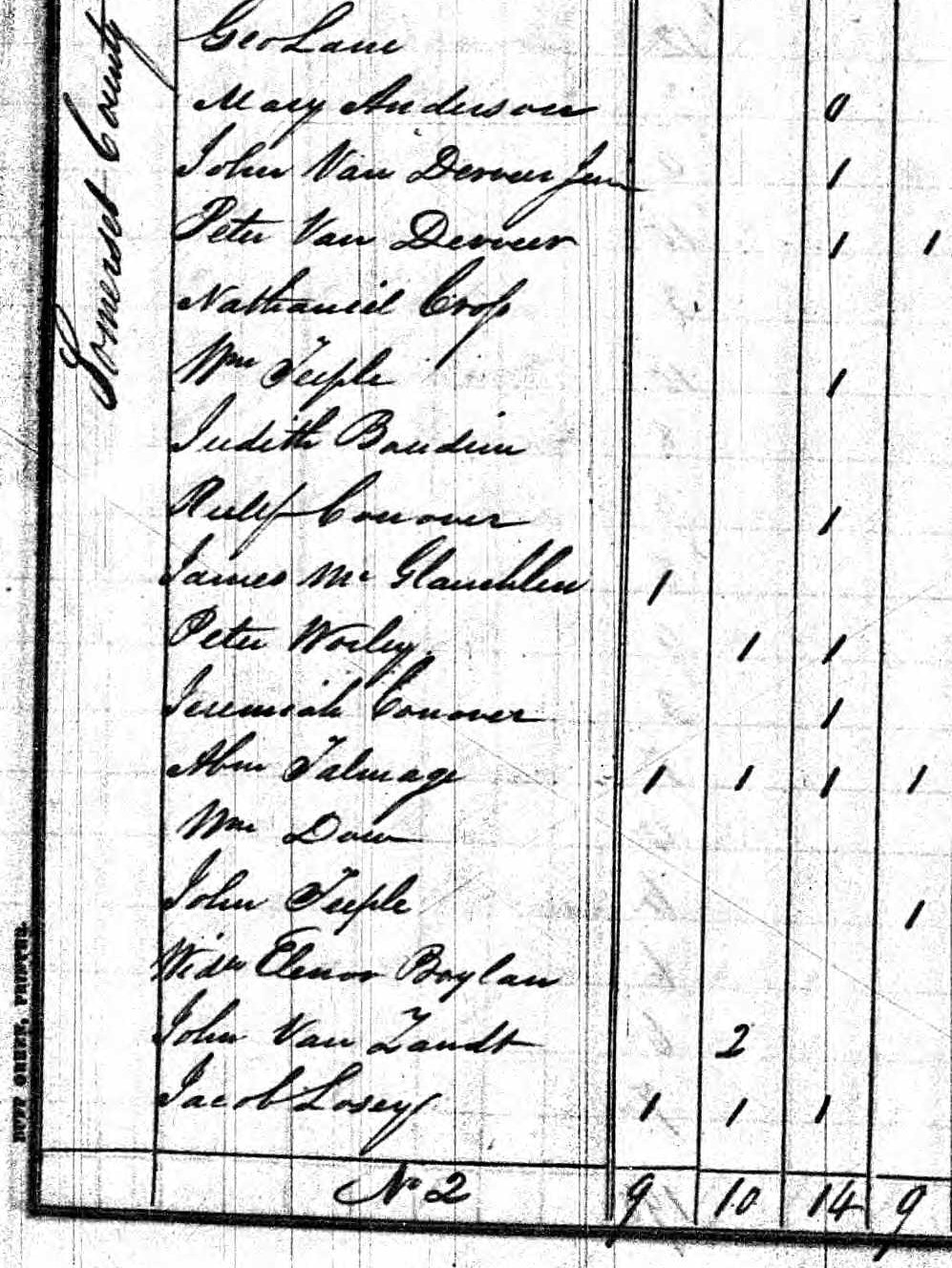 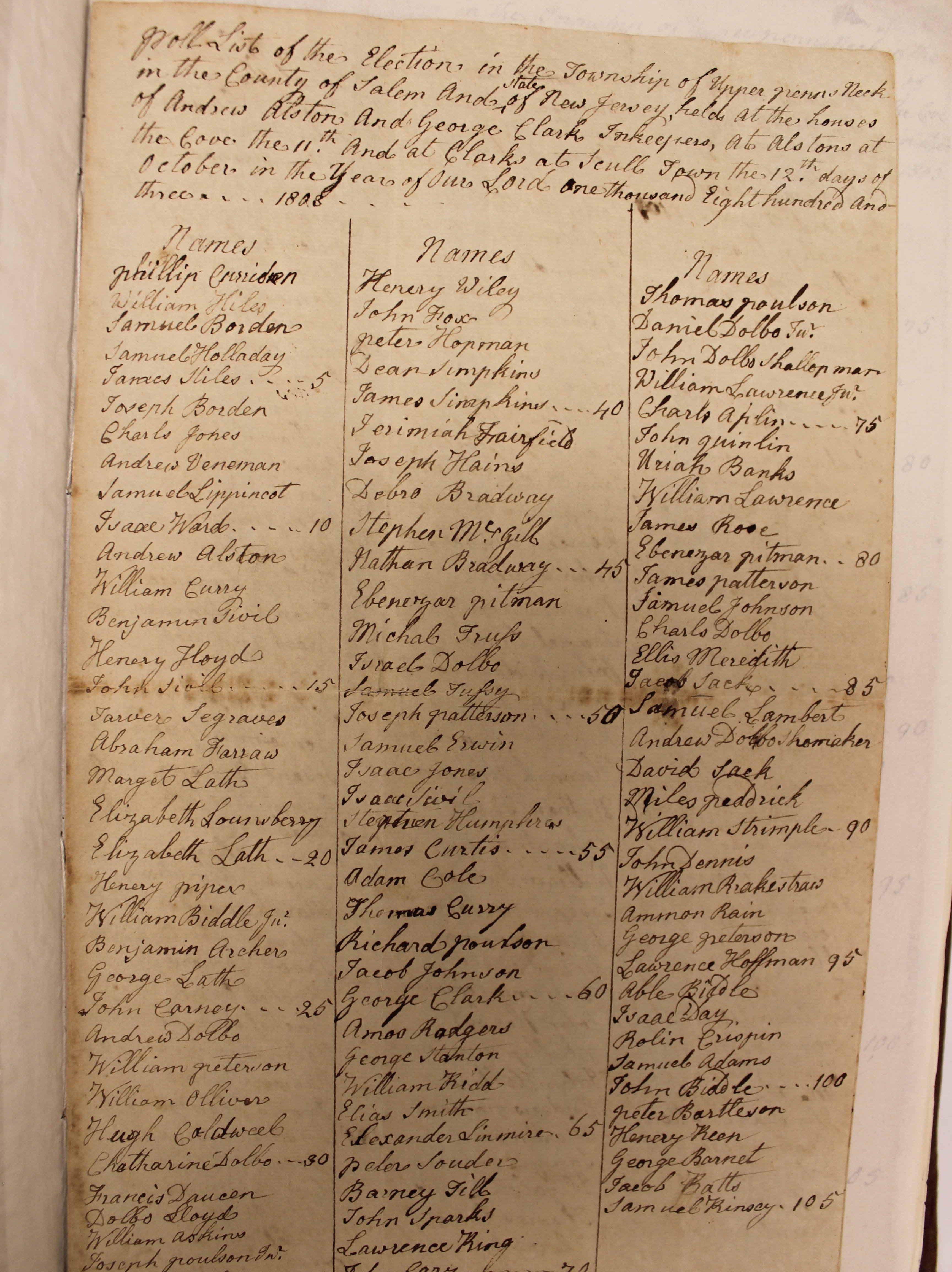 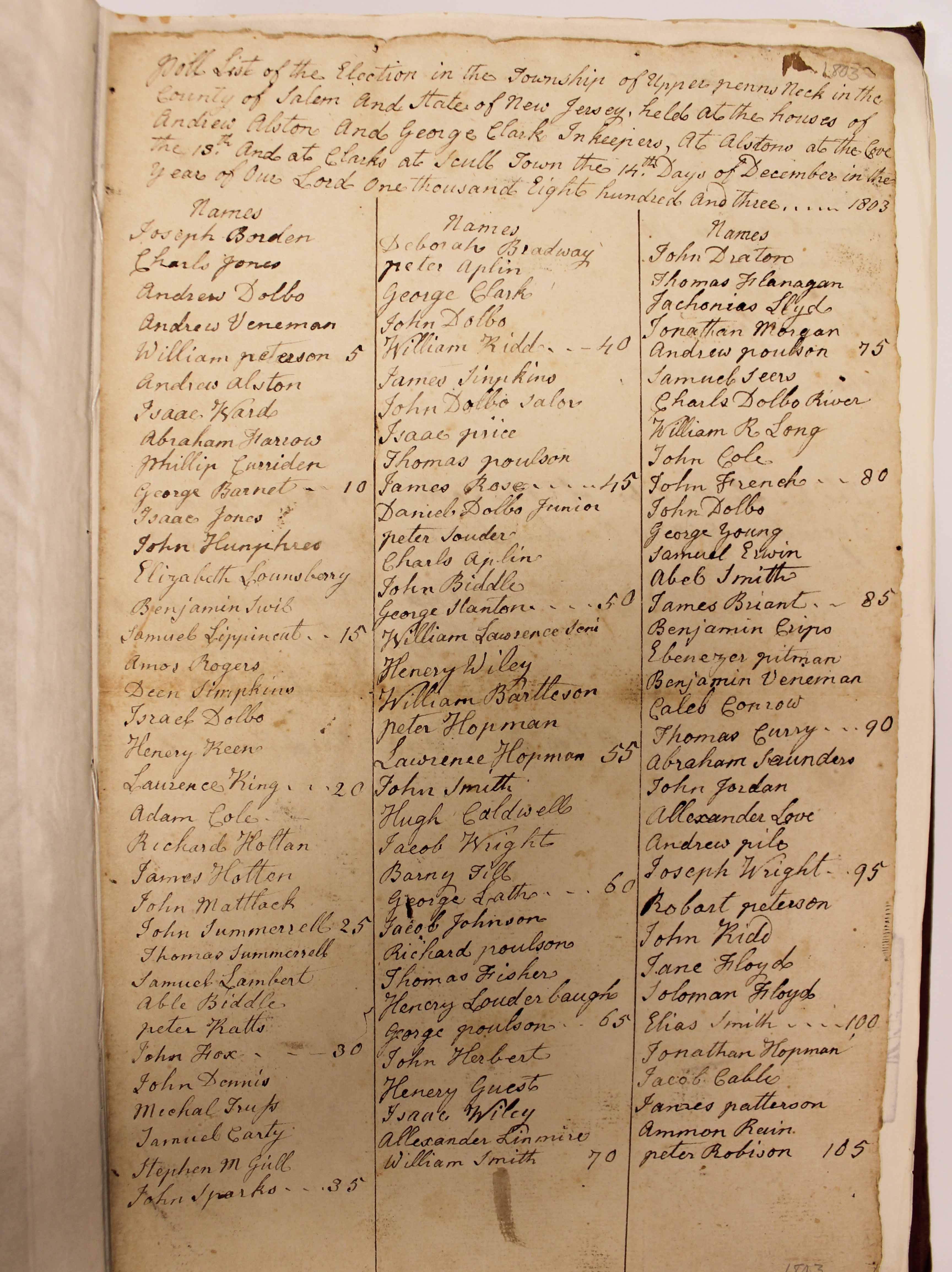