Explore the spread of support for American independence from January to July of 1776. Encounter the perspectives of real men and women on all sides of the debate.

About Season of Independence

Using a map and timeline as its foundation, Season of Independence tracks statements of support for independence across the 13 American colonies in rebellion over time, while placing those colonies in larger geographic context. Throughout, it presents the voices of those who supported independence, disagreed, and hoped to avoid a war altogether. 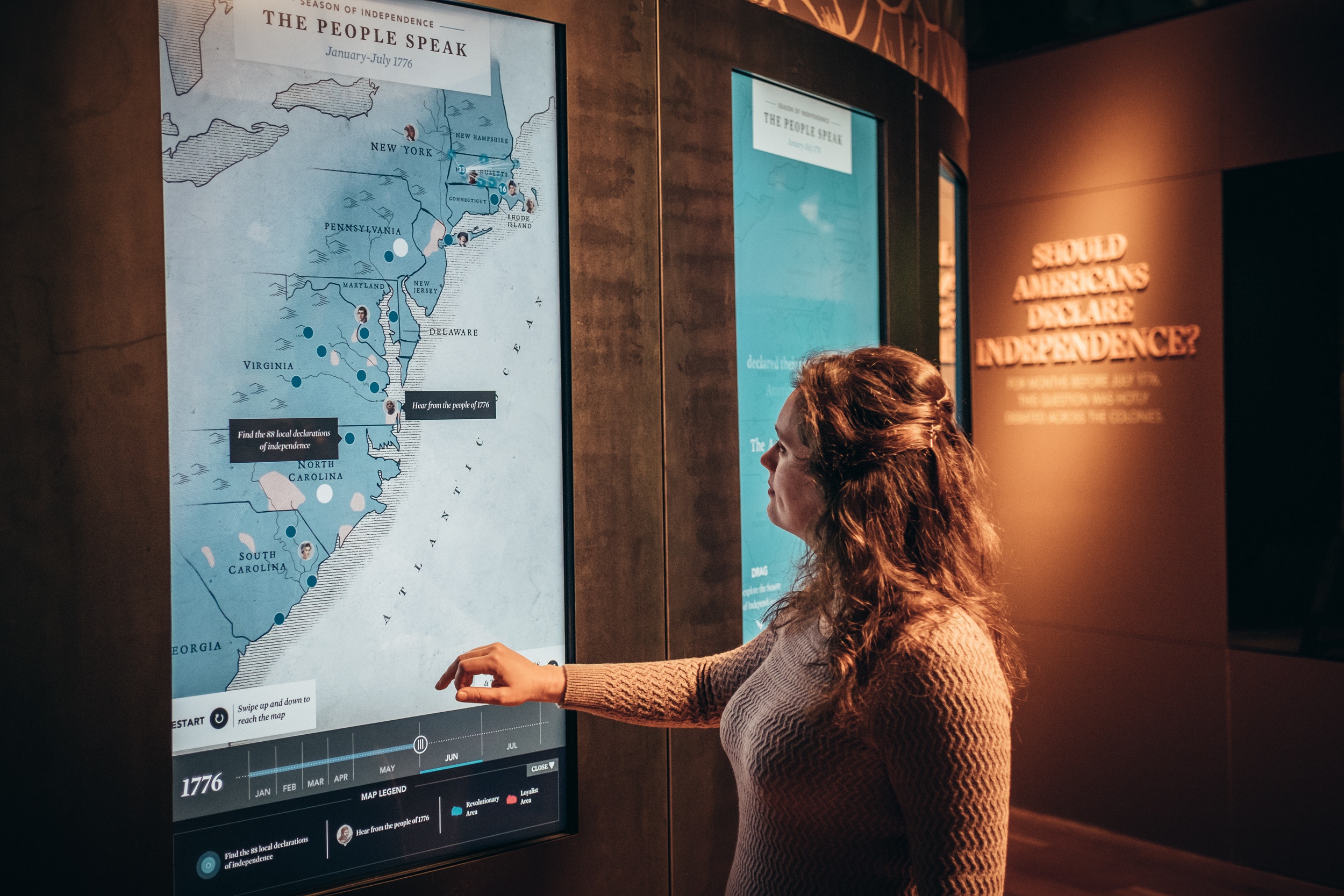 A selection of precursor documents to the Continental Congress’ Declaration of Independence and reflections by men and women experiencing this dynamic moment.
Learn More

Short essays to put this interactive map and its documents into historical context.
Learn More

We love feedback! Ask us questions or send us comments to education@amrevmuseum.org, or use @amrevmuseum to tag us on social media.

Season of Independence is made possible with generous support from Ira D. and Diana Riklis.