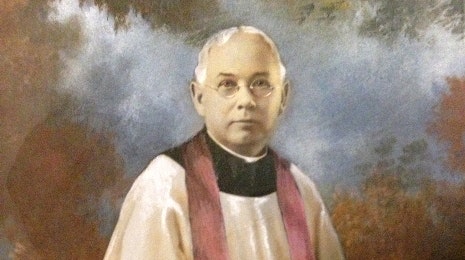 In 1909, George Washington's Headquarters Tent returned to Valley Forge to be the centerpiece of a new museum, part of Reverend W. Herbert Burk's ambitions to restore and renew the revolutionary hero's importance in American hearts.

Reverend Burk, the rector of All Saints' Episcopal Church in Norristown, Pa., had first conceptualized a memorial for Washington during a sermon commemorating Washington's birthday in 1903. With the Washington Memorial Chapel under construction at Valley Forge, his home for the Headquarters Tent was his new Valley Forge Museum of American History, to be located inside the chapel. Reverend Burk's many industrious letter campaigns to support his projects make him a colorful personality to follow, as a central figure in assembling what is now the core of the Museum of the American Revolution's collection.

While Reverend Burk's vision for the Washington Memorial Chapel was larger than life, his interest in collecting and curating was closer at hand. In 1926, he published a slim blue volume titled Making a Museum: The Confessions of a Curator. Reflecting on his work in Valley Forge, he chronicles each curatorial decision for posterity, detailing his inspiration while imagining the collection's impact on his audience — the modern American patriot.

Reverend Burk credits his father, Reverend Jesse Burk, for an enthusiasm to unearth history in his own backyard:

My two brothers and I went home after school one day, and saw the fine stone Indian axe which our father, the Rev. Jesse Y. Burk, DD, had picked up in one of his rambles afield... I will never forget that day and its discovery, for it opened a new world to me, and in that discovery, the foundation of the Valley Forge Museum of American History was laid, although none of us knew it... None of us foresaw that there was any great thing being done. We were just collecting Indian relics, with no money for purchase and only zeal for search.

Many people with a passion for history can point to the one moment that first sparked their interest — an encounter with the past that somehow became extraordinary. Reverend Burk spent his dynamic career giving back to his favorite after-school activity: collecting artifacts as memorable clues to how the past is continually intertwined, so that a wider audience might continue the conversation by making discoveries of their own.

About the Author
Hannah Boettcher was the Lois F. McNeil Fellow in American Material Culture at Winterthur Museum, Garden, and Library at the time of this writing. 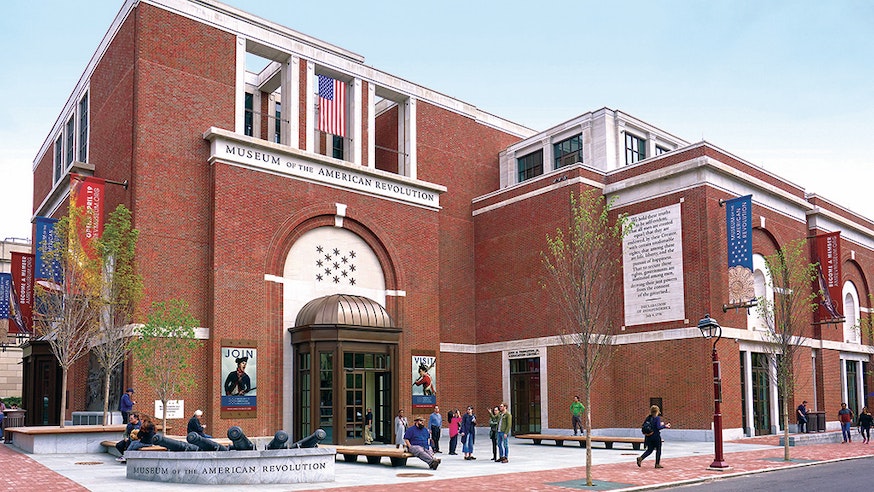 Learn more about the Museum of the American Revolution in historic Philadelphia.
Read More