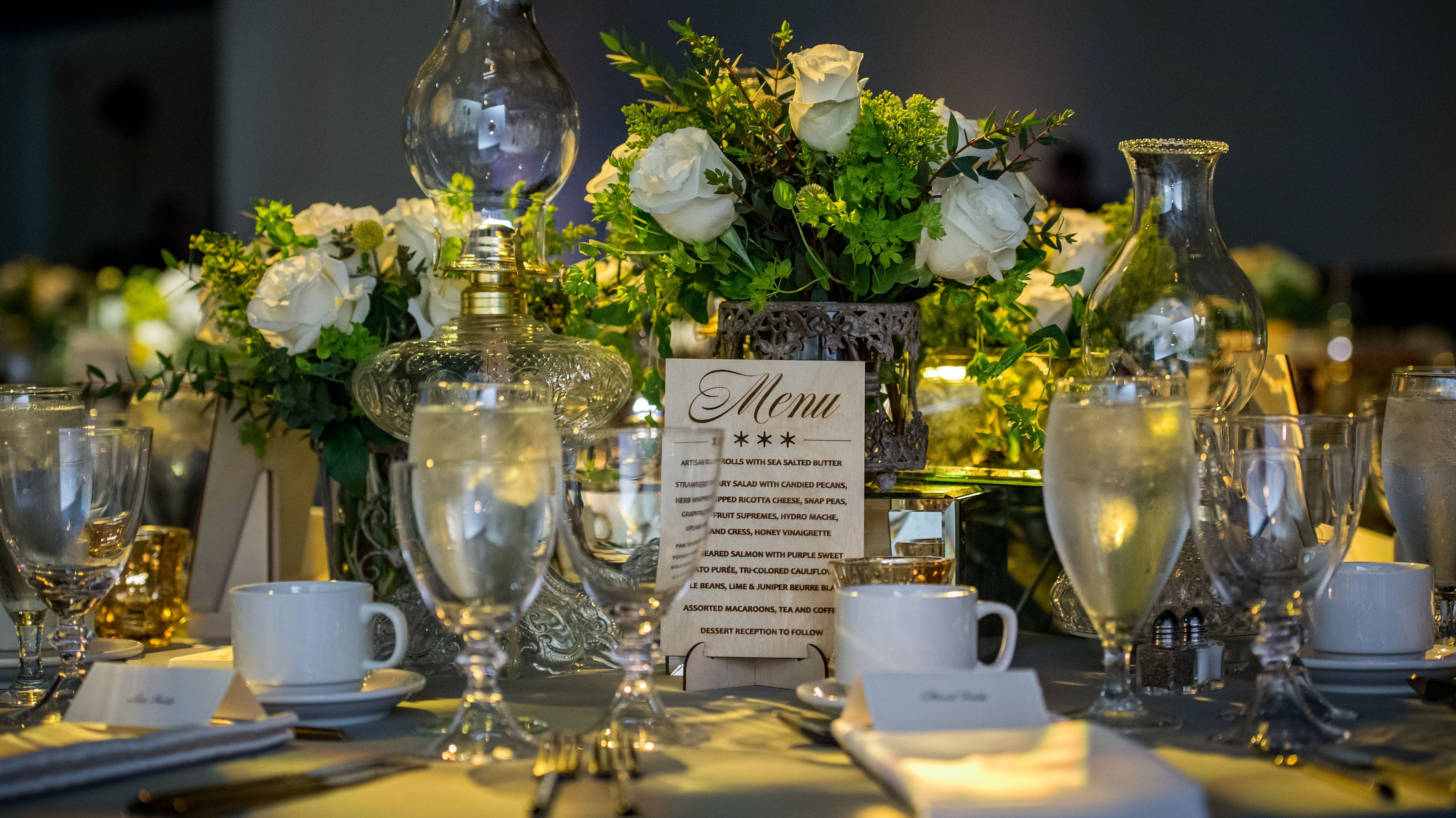 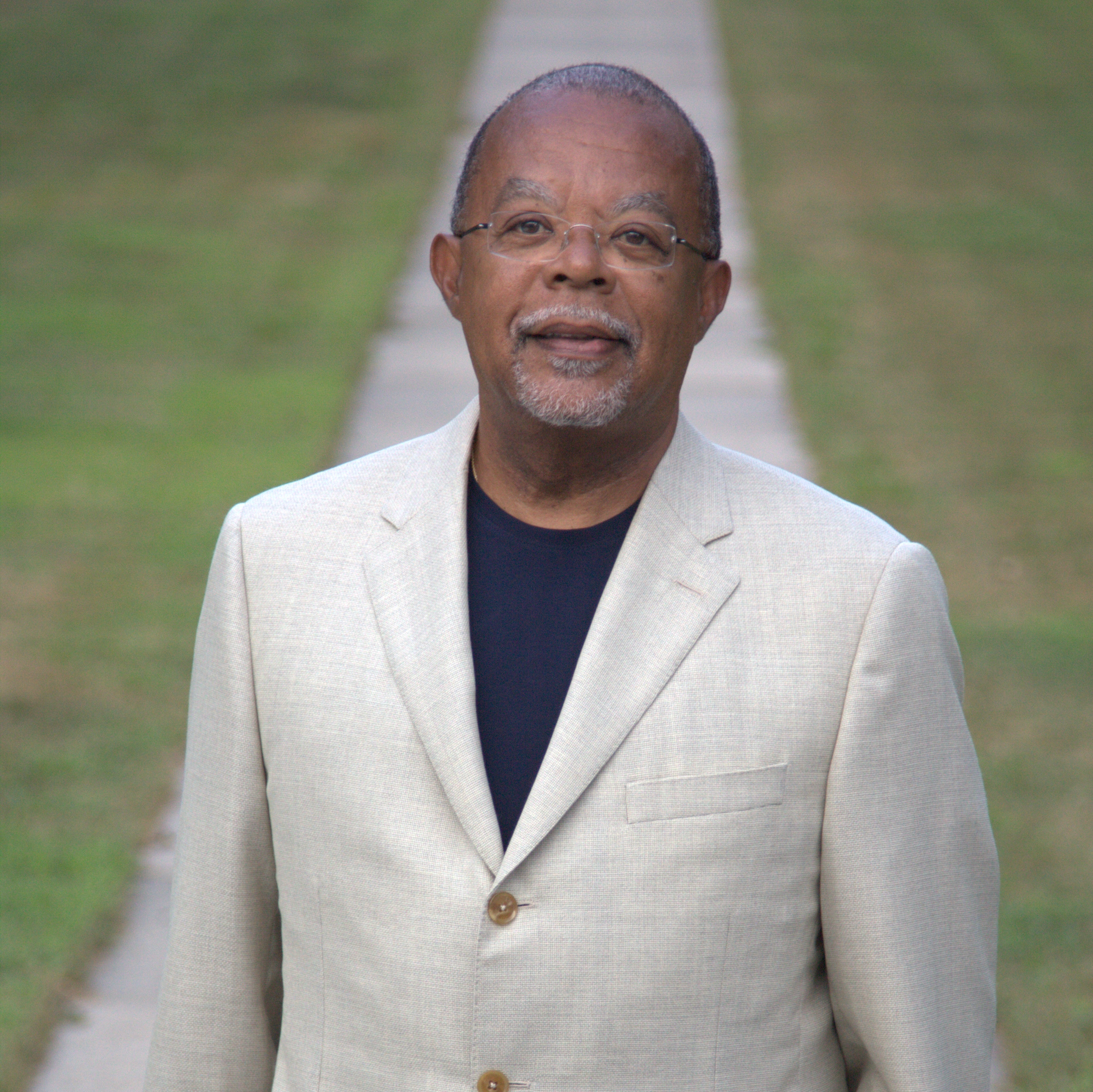 Emmy and Peabody Award-winning filmmaker, literary scholar, journalist, cultural critic, and institution builder, Henry Louis Gates Jr. hosts the groundbreaking genealogy and genetics series, Finding Your Roots, now in its eighth season on PBS. His most recent books are Stony the Road: Reconstruction, White Supremacy, and the Rise of Jim Crow and The Black Church: This Is Our Story, This Is Our Song. He has also produced and hosted more than 20 documentary films, most recently The Black Church on PBS and Black Art: In the Absence of Light for HBO. He is a recipient of a number of honorary degrees, most recently a Litt.D. from his alma mater, the University of Cambridge. Gates was a member of the first class awarded “genius grants” by the MacArthur Foundation in 1981, and in 1998 he became the first African American scholar to be awarded the National Humanities Medal.

A native of Piedmont, West Virginia, Gates earned his B.A. in History, summa cum laude, from Yale University in 1973, and his M.A. and Ph.D. in English Literature from Clare College at Cambridge in 1979, where he is also an Honorary Fellow. A former chair of the Pulitzer Prize board, he is a member of the American Academy of Arts and Letters and serves on a wide array of boards, including the New York Public Library, the NAACP Legal Defense Fund, the Aspen Institute, the Whitney Museum of American Art, Library of America, and The Studio Museum of Harlem. In 2011, his portrait, by Yuqi Wang, was hung in the National Portrait Gallery in Washington, D.C. He is a member of the Phi Beta Kappa honor society. 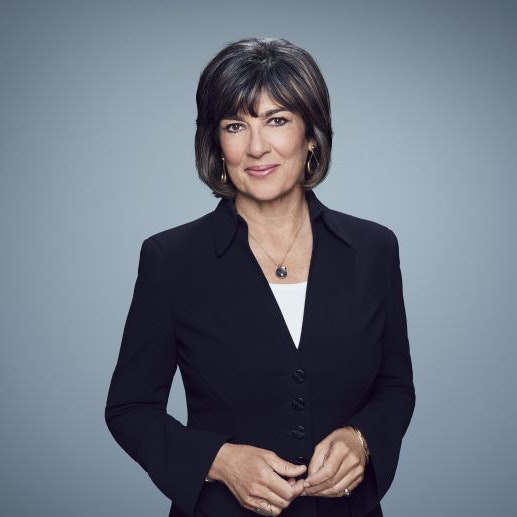 In 2020, the Museum presented the Lenfest Spirit of the American Revolution Award to two revolutionary women – Christiane Amanpour, Chief International Anchor of CNN and host of Amanpour & Co. on PBS, and Louise Mirrer, President and CEO of New-York Historical Society.

Christiane Amanpour is CNN’s Chief International Anchor of the network’s award-winning, flagship Global Affairs Program “Amanpour,” which airs on PBS in the United States. She has earned every major television journalism award, including 11 News and Documentary Emmy Awards and the Courage in Journalism Award. She was inducted into the Cable Hall of Fame in 2019 and is a UNESCO Goodwill Ambassador for Freedom of the Press and the Safety of Journalists. 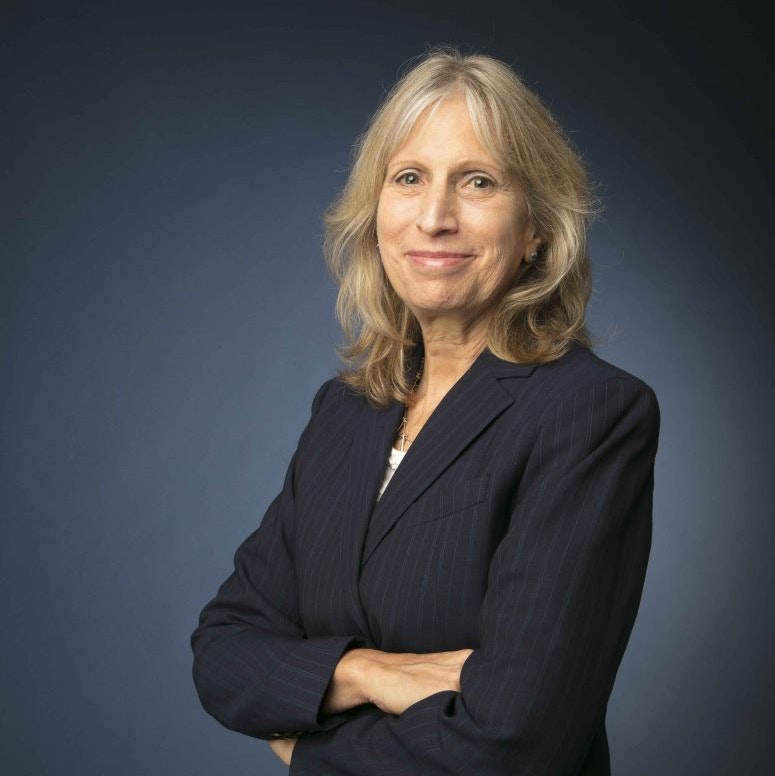 Dr. Louise Mirrer is President and Chief Executive Officer of the New-York Historical Society, responsible for all exhibitions, programs, activities, and administrative functions. Under her revolutionary leadership over the last decade and a half, Dr. Mirrer significantly transformed the New-York Historical Society into a vibrant institution that is advancing public awareness of history through its many programs and exhibitions. 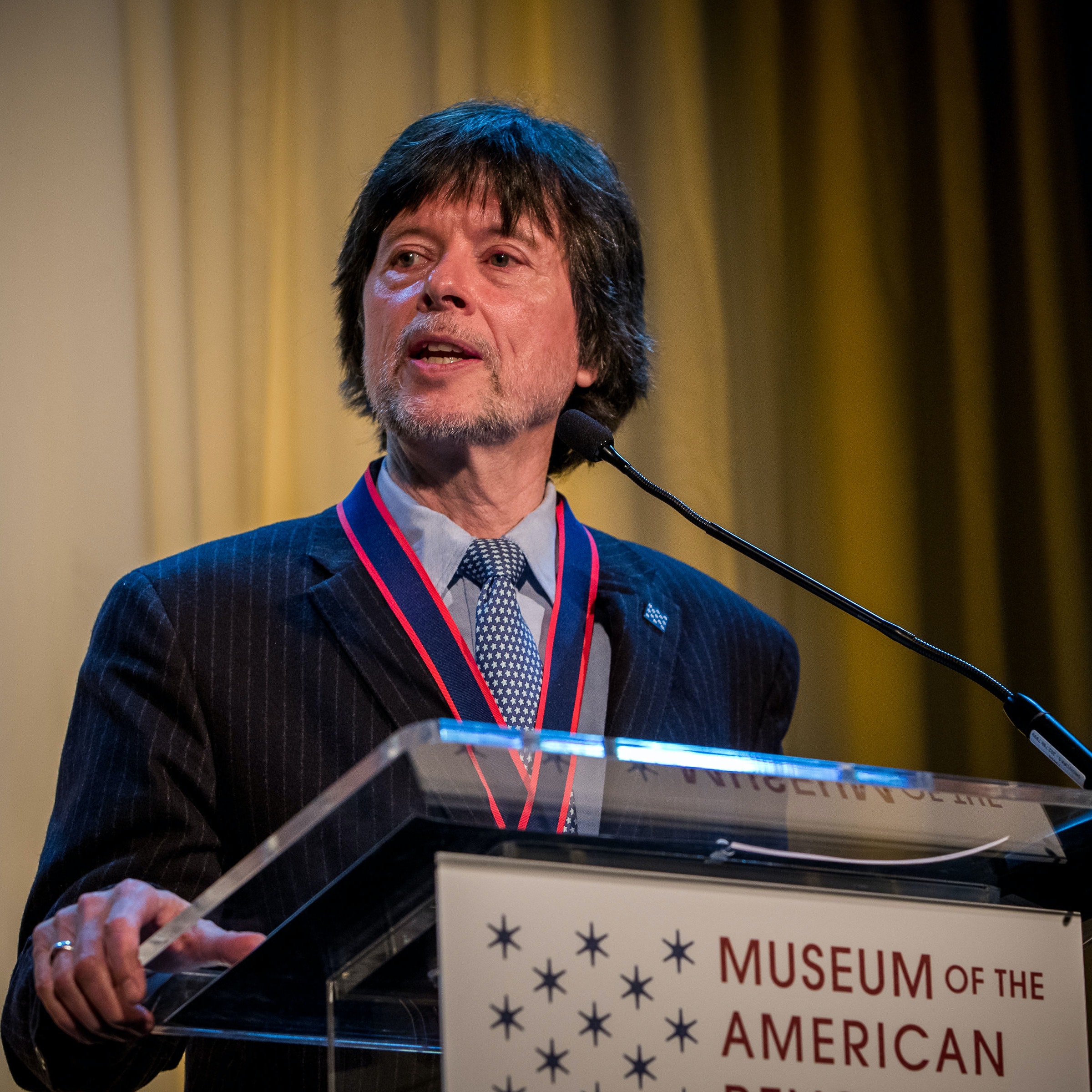 On April 11, 2019, the Museum presented Ken Burns with the Lenfest Spirit of the American Revolution Award. Known as ‘America’s Storyteller,’ Burns’ lifetime of work has inspired millions, from all ages and all walks of life, to learn more about our nation’s complex and dramatic history, emotionally connecting us to our nation through the artistry of his informative storytelling.

Burns has been making documentary films for over forty years and has directed and produced some of the most acclaimed historical documentaries ever made, including major multi-part series on the Civil War, the Second World War, and the Vietnam War. Future projects include films on the American Revolution, the Civil Rights era, and the history of Reconstruction, among numerous others. Burns’ films have been honored with dozens of major awards, including fifteen Emmy Awards, two Grammy Awards, and two Oscar nominations. In September of 2008, Ken was honored by the Academy of Television Arts & Sciences with a Lifetime Achievement Award. 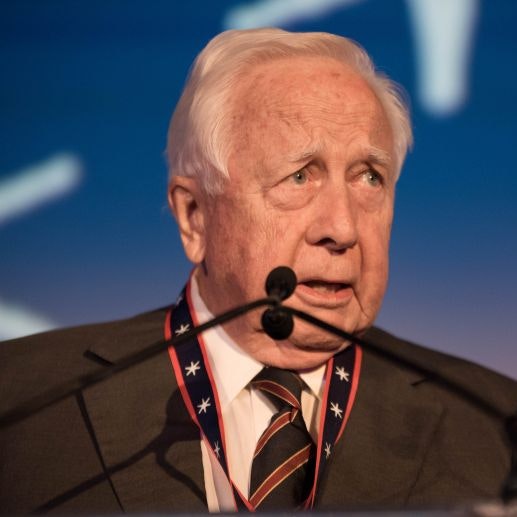 The inaugural Lenfest Spirit of the American Revolution Award was presented to Pulitzer Prize-winning author David McCullough on Sept. 20, 2016. David McCullough is the author of 1776, John Adams, Truman, and other acclaimed historical works. He has been a stalwart supporter of the Museum and led the Museum’s first board of scholars.

“David McCullough’s books have led a revival of interest in American history. “He has been a major force in keeping alive the bold spirit of the American Revolution and has given an entire generation a new appreciation of the great responsibility of liberty. In many ways, David has been an inspiration for me and my leadership of the Museum — to preserve and teach the lessons of our nation’s founding for future generations.”
- H.F. (Gerry) Lenfest 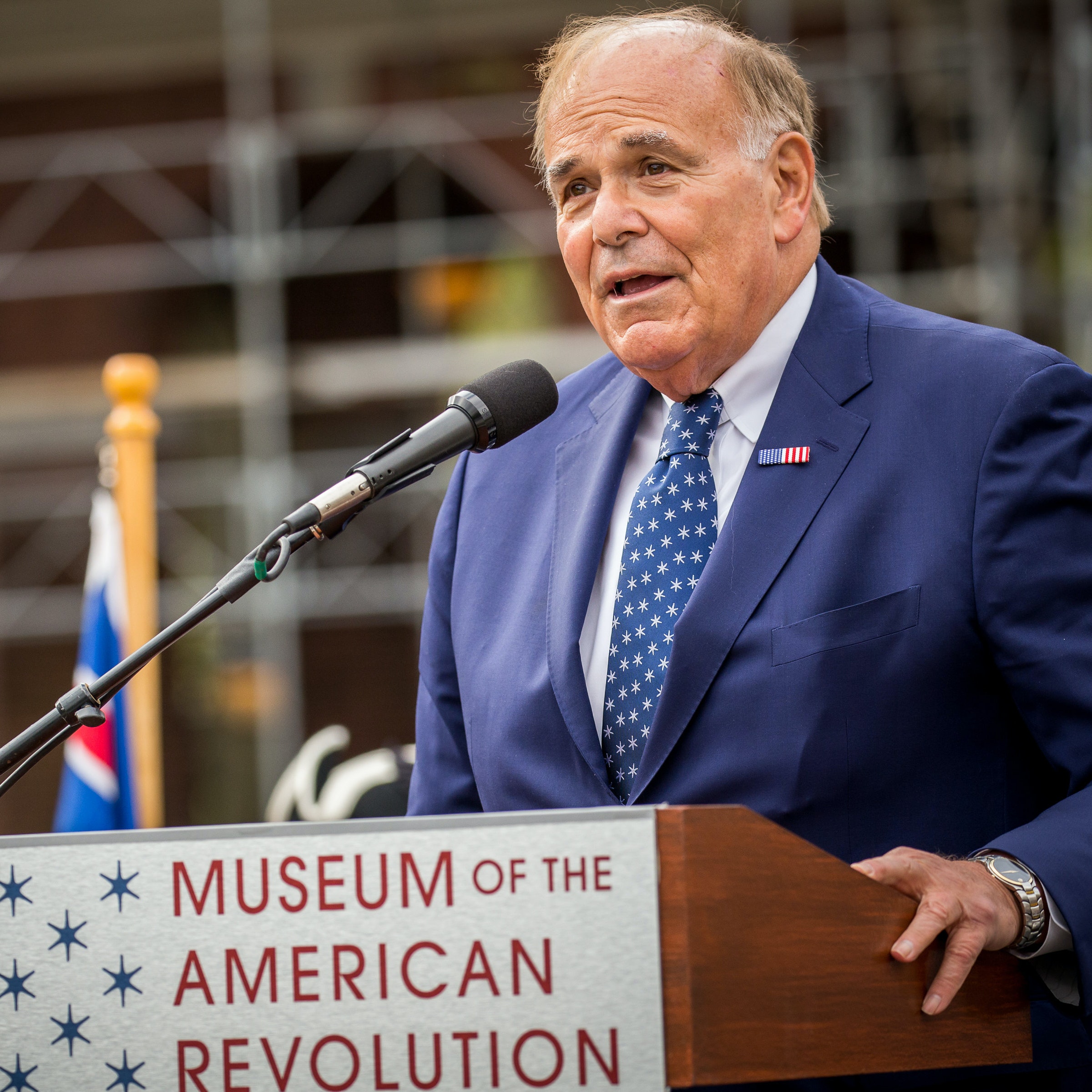 The Museum’s Board Chair Morris W. Offit will present Governor Edward G. Rendell with the inaugural Chairman’s Award in recognition of his extraordinary volunteer leadership in advancing the Museum’s mission and vision. Since the Museum’s earliest days, Governor Rendell has been a tireless advocate and supporter of the project, playing a leading role in securing its permanent location in Old City Philadelphia and chairing the successful capital campaign that exceeded its $150 million goal by nearly $25 million. A Museum Board Member since 2013, Governor Rendell remains actively committed to advancing the Museum’s influence and impact.

About the Lenfest Spirit of the American Revolution Award

The Museum’s Chairman Emeritus H.F. (Gerry) Lenfest, who passed away in August 2018, created the award to recognize distinguished and significant achievement in advancing public awareness and understanding of history and of its relevance in the ongoing American experiment. The Lenfest Award is presented on a semi-regular basis and may be given to an individual or to an organization active in a broad range of fields such as history, education, film-making, writing, media, and philanthropy. Proceeds benefit the Museum’s important educational mission.