In 2017, the curators at the Museum of the American Revolution discovered the only known wartime, eyewitness image of General George Washington’s tent from the Revolutionary War (above).

The image of Washington’s tent is a detail from a panoramic watercolor scene showing the Continental Army’s encampment at Verplanck’s Point, New York, on the Hudson River in 1782. Army engineer Pierre Charles L’Enfant, who later created the initial designs for what would become Washington, D.C., painted the scene. It is related to another panoramic watercolor painting from 1782 by L’Enfant showing the Continental Army’s encampment at nearby West Point. Together, the two rare paintings visualize Washington’s army, from the perspective of an eyewitness, at the height of its professionalism following the 1781 Siege of Yorktown. While the end of the war and American independence still hung in the balance, Washington prepared his troops for the next potential campaign against the British and hoped for continued French support.

Explore the two paintings below to find out more about their details and significance.

Both paintings were featured in the Museum’s 2018 special exhibit Among His Troops: Washington’s War Tent in a Newly Discovered Watercolor. The Museum plans to launch an online version of the exhibit in winter 2021-2022. Stay tuned!

Thank you to the Landenberger Family Foundation for generously supporting the Museum’s acquisition of the Verplanck’s Point watercolor. 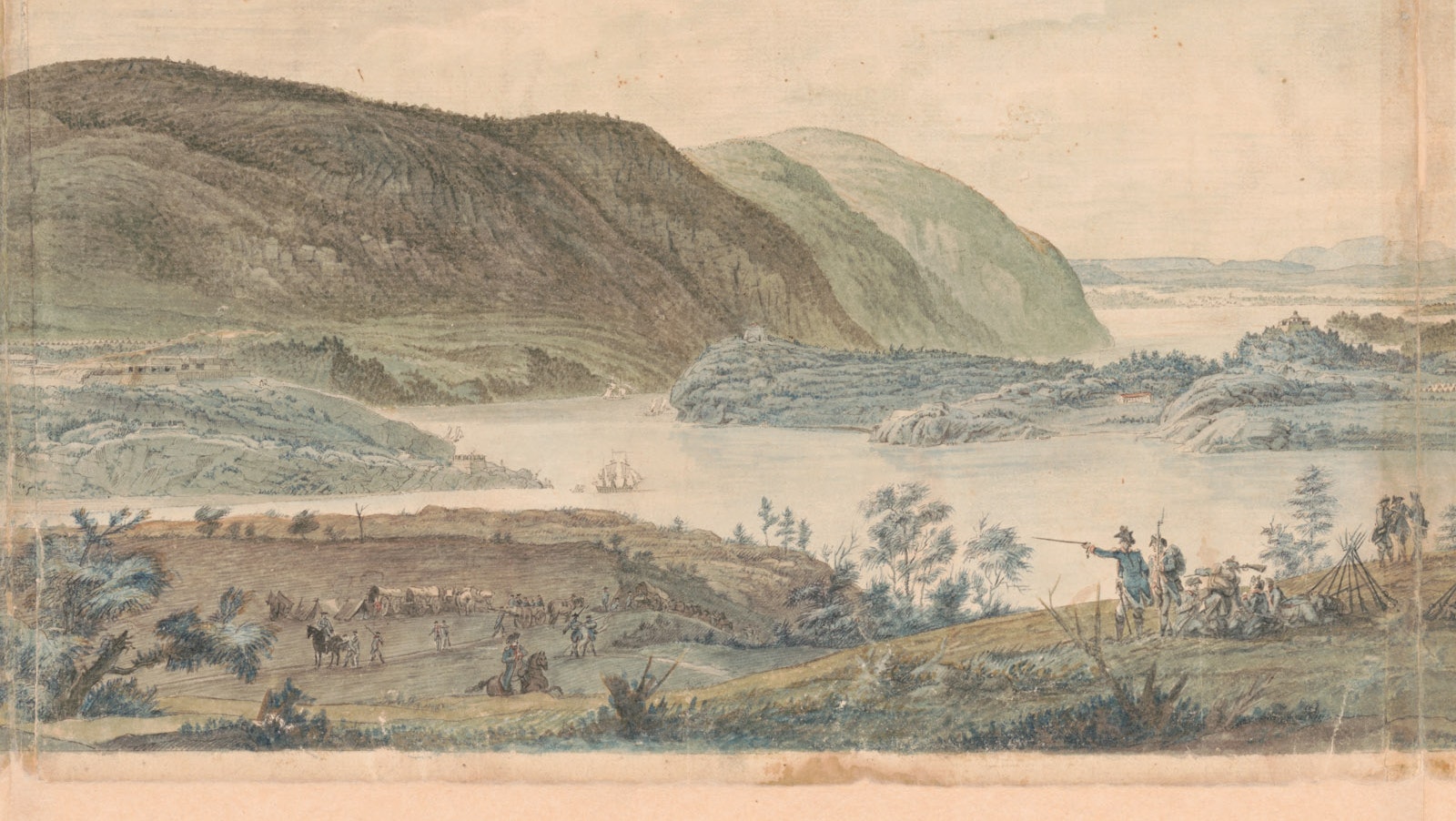 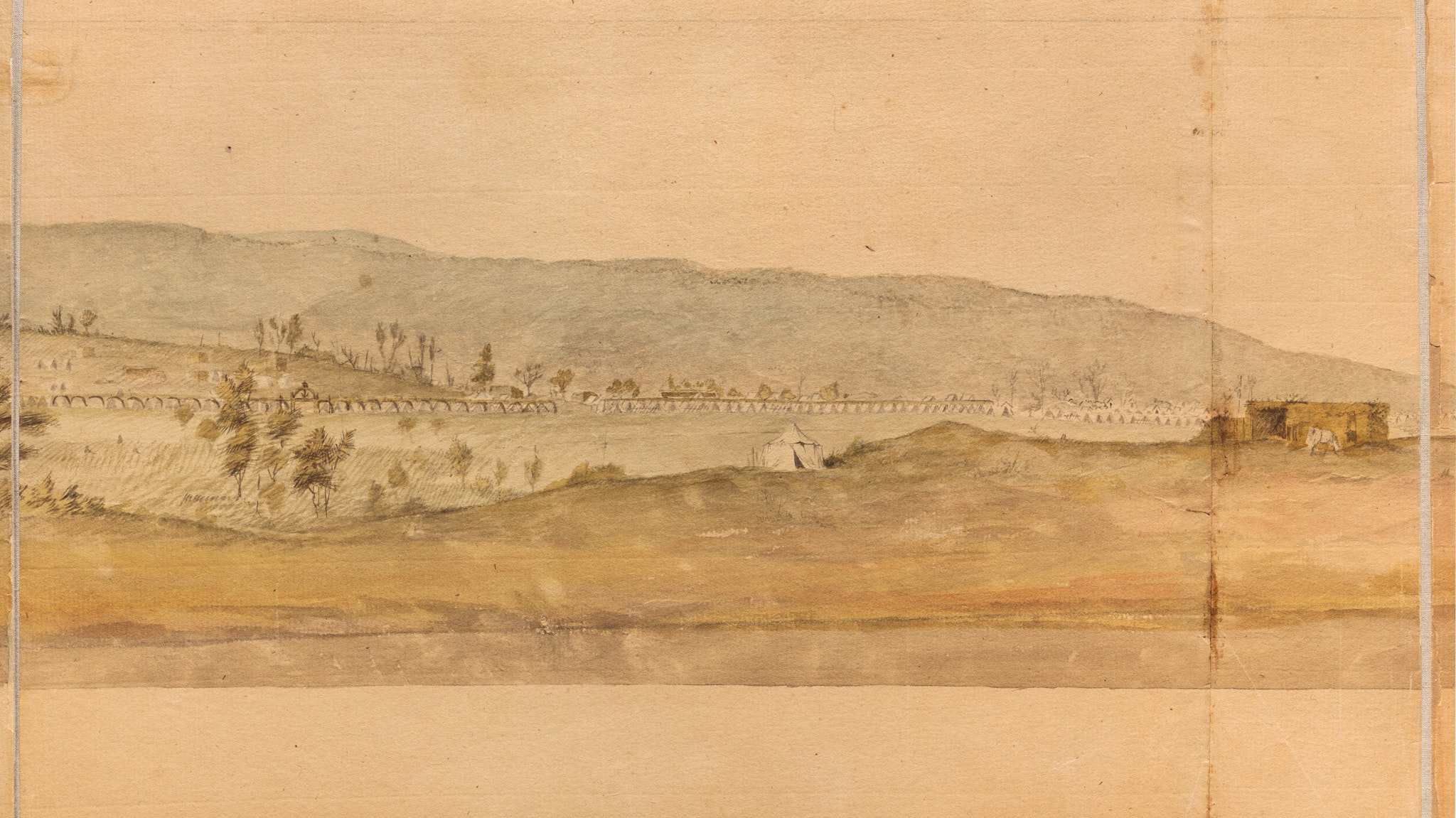 Among His Troops Coffee Table Catalog

The Among His Troops book is a full-color catalog based on our January-February 2018 exhibit of the same name.
Buy the Book

Learn more about the cornerstone of the Museum's collection, General George Washington's original sleeping and office tent from the Revolutionary War.
Learn More

Among His Troops Exhibit

Learn more about the Museum's 2018 special exhibit, Among His Troops, highlighted by the only known wartime depiction of George Washington's headquarters tent.
Learn More