Washington's War Tent During the Civil War: Behind Closed Doors

General George Washington's War Tent witnessed many important periods in American history — from it fabrication in the 18th century to its current installation at the Museum of the American Revolution. This is the second in a three-part series describing the tent's fate during the Civil War. Miss Part 1? Read it here.

General Irvin McDowell recorded these words in his report to the Adjutant General’s Office for the Union Army to explain how he came into possession of George Washington’s marquees. McDowell wrote from his headquarters at Arlington House, the now-abandoned home of Confederate General Robert E. Lee and his wife Mary Custis Lee. Arlington stood on high ground overlooking Washington, D.C., ground from which an attacking Confederate force might place cannons and bombard the vulnerable city below.

The woman McDowell discussed in his report was Selina Gray. Before leaving Arlington on May 15, 1861, Mary Custis Lee, the granddaughter of Martha Washington, ordered the marquees and other Washington family artifacts locked in the cellar for safekeeping. She gave the key to Gray, a second-generation enslaved person whom she entrusted with the care of the Lee family’s home and contents.

Federal troops occupied Arlington on May 24, 1861, and within days the 1,100-acre plantation was transformed into a camp for 14,000 soldiers. They erected tents, dug latrines, and felled massive oak trees to build fortifications. 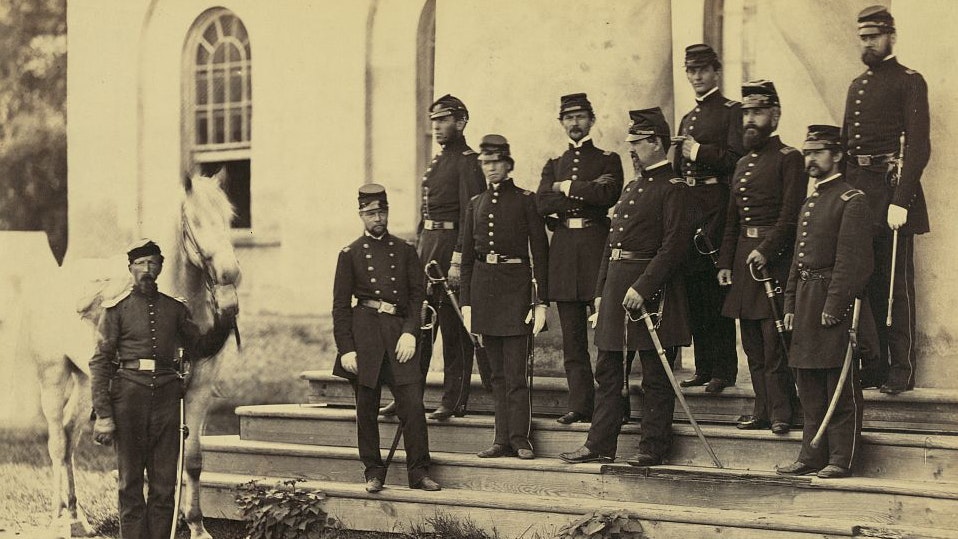 Though the Union Army ravaged the land surrounding Arlington House, it left the mansion itself relatively untouched. A telegraph office was installed in the house and occupied some of the rooms, but that was the only modification to the building. At this point the Civil War was still in its infancy. Many people—including McDowell— expected the conflict to be over in a few short months and thus saw no need for unnecessary damage. On May 30, 1861, in response to a letter from Lee regarding the safety of her home, McDowell wrote:

Madam: I am here temporarily in camp on the grounds, preferring this to sleeping in the house. I assure you it has been and will be my earnest endeavor to have all things so ordered that on your return you will find things as little disturbed as possible. Everything has been done as you desired with respect to your servants, and your wishes, as far as possible have been complied with. I trust, Madam, you will not consider it an intrusion if I say I have the most sincere sympathy for your distress, and I shall be always ready to do whatever may alleviate it.

Union Army policy may have been to respect private property, but that standard was not always upheld by individual Union soldiers. As the war dragged on into 1861, many began pilfering objects from the house, and some broke into the cellar where the Washington family artifacts were stored. Some men may not even have known the importance of the objects they discovered, but Selina Gray did.

Gray would remain at Arlington House throughout the war. Born and raised in slavery there, is it possible that she shared some of the reverence that visitors and family members felt toward the Washington family relics. In late 1861, when it was clear that the war would not be a short one and that the Lees would not be returning home anytime soon, she approached General McDowell. Appalled at the soldiers’ increasing vandalism, she explained to him the importance of the items stored in the cellar. She not only gave him the key to the cellar but also a list of missing items. In his report to Washington a few weeks later, McDowell wrote “…that some time back this room had been broken into and was now open” and that Gray “wished to be relieved of the responsibility of having the key.” Frustrated, McDowell added, “…this place is not a safe one for the preservation of anything that is known to have an historical interest small or great.” One Arlington researcher would later remark: “The man to whom the soldiers owed their complete obedience, believed that he could not protect the Washington relics. Had Selina Gray, felt the same way, their fate would have been very different.”

In January 1862, the marquees and the other Washington family artifacts were transferred to the Patent Office in Washington for safekeeping. Gray was given her freedom in 1863 when President Lincoln issued the Emancipation Proclamation, but she remained at Arlington House through the end of the war. Afterwards, she and her family moved to a 15-acre farm nearby and started a new life. There was no longer a place for her at Arlington House—or any living soul for that matter. The Federal government had confiscated the property from the Lee family and established a national cemetery there for Union war dead.