General George Washington's War Tent witnessed many important periods in American history — from it fabrication in the 18th century to its current installation at the Museum of the American Revolution. This is the first in a three-part series describing the tent's fate during the Civil War. 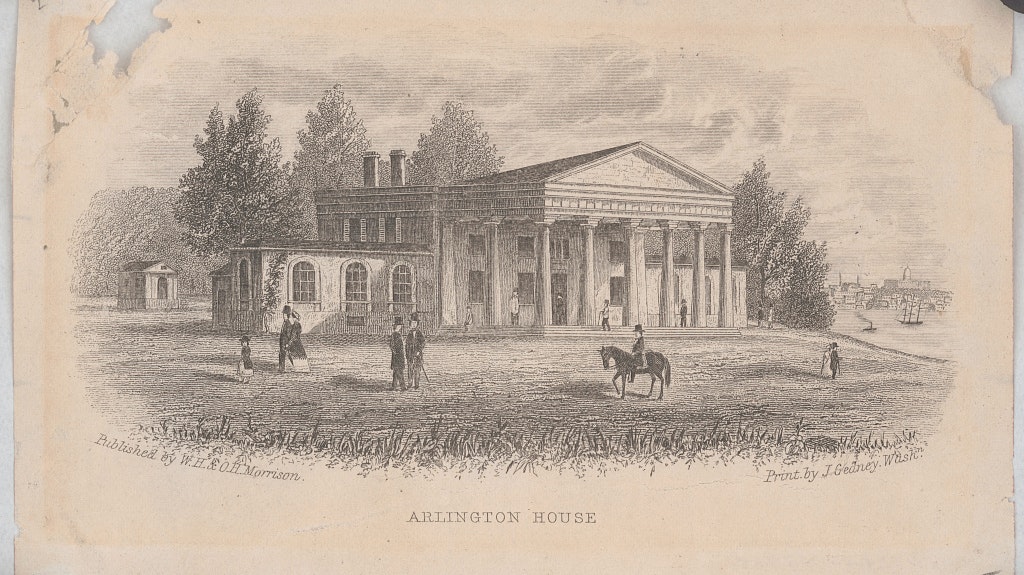 “Save in defense of my native state, I never again desire to draw my sword...”

Those words were written by Colonel Robert E. Lee on April 20, 1861, after a long night of deliberation and soul-searching at his home, Arlington House, in Alexandria, Virginia. With them he officially resigned his commission in the United States Army. In doing so, Lee turned his back on a brilliant 35-year military career — and an offer from President Abraham Lincoln to command Union forces in the coming Civil War — to follow his home state of Virginia into the Confederacy.

Many people know about Lee’s anguished decision to follow his “native state”; few people know how this decision impacted his wife, Mary Custis Lee, and tents that sheltered General George Washington during the Revolutionary War.

Robert E. Lee was the son of Henry “Light-Horse Harry” Lee, one of Washington’s most trusted cavalry officers and the man who eulogized Washington after his death with the words “first in war, first in peace, and first in the hearts of his countrymen.” In addition to “Light-Horse Harry,” Robert E. Lee was also related to notable Virginia patriots Richard Henry Lee, Francis Lightfoot Lee, and Arthur Lee.

Within days of his resignation from the army, Robert E. Lee was offered the command of Virginia State Forces and departed for Richmond. His wife lingered at Arlington House for nearly another month. Many expected the coming war to last no more than ninety days and she hoped to be able to ride out the storm at home.

Her hope was totally unrealistic. The heights surrounding Arlington House provided a commanding view of Washington, D.C., and the Union army decided to occupy the area in order to prevent the Confederates from placing artillery there and shelling the capital.

When she finally realized that the occupation of Arlington House by Union soldiers was imminent, Lee packed up the family silver, her husband’s and late father’s papers, and as many of the Washington artifacts as she could. Larger items, like the marquees, were locked away in the basement. On May 15, 1861, she handed the keys to her beloved home to Selina Gray, one of the enslaved African Americans who remained on the estate, and left for her aunt’s home in Fairfax, Virginia. She spent the next year living in the homes of various relatives before finally settling in Richmond in 1862. She never set foot inside Arlington House again.

The Union Army marched into Alexandria on May 24, 1861, and took possession of Arlington House. The Lees’ home — and George Washington’s marquees — were confiscated by the Union Army as contraband of war.