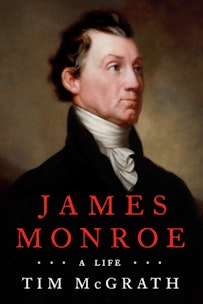 Born on April 28, 1758, and raised by an uncle, James Monroe had enlisted in the Third Virginia Regiment, was wounded in Trenton, fought at Brandywine, and was elected to Virginia’s House of Delegates, all before his 24th birthday. In the new biography James Monroe, A Life, Tim McGrath showcases Monroe’s impeccable judgment throughout an extraordinary life of public service. As the fifth President of the United States, he served two terms and strengthened American power both at home and abroad. How did the aspirational James Monroe seek professional development as a soldier, diplomat, and political leader, and who did he view as his mentors?

McGrath argues that for Monroe — and fellow Virginian Thomas Jefferson — mentorship went both ways. His book confirms and expands a lawyer’s characterization of Monroe in 1815, after he spent a day with the neighboring Virginians: Jefferson, Monroe, and James Madison, and offered three portraits: “Jefferson’s mind is the most capacious, Madison’s the most rapid, Monroe’s the most sure. One has most learning, another most brilliancy, a third [the] most judgement. Mr. Jefferson surpasses in the management of bodies of men, & Monroe of individuals…”

At the same time that Monroe learned the value of social intelligence and put legal training from Jefferson’s classroom into practice, Monroe also honed his own leadership skills to shape the Revolutionary War’s impact on people he had met during his military service, including Mohawk leader, Thayendanegea, or Joseph Brant. In these excerpts from Chapter 3, learn how Monroe developed diplomatic field skills while on his first trip to the Northwest Territory.

Your own good judgment must and ought to govern your determination.

When Lieutenant Colonel James Monroe walked through the gateway to the Governor’s Palace in Williamsburg, he carried his letters from General Washington, Lord Stirling, and Joseph Jones in his pocket, and his problems on his shoulders. With no opportunity for military advancement, Monroe had returned to Williamsburg to find his future. The last time Monroe was in the palace he had been part of the gang of patriots that overran the place in search of Dunmore’s cache of arms. Now, better dressed, and unarmed, he was about to meet Governor Thomas Jefferson.

The Declaration of Independence had made Jefferson an international figure. After its ratification by Congress, Jefferson returned to Virginia to serve in the House of Delegates. During sessions in both legislative bodies he spoke little, and so his peers paid strict attention when he did. If Jefferson put forth a proposal, it was only after he was certain it would get enough votes. He was an acute observer of human nature, studying both ally and foe in order to know what was needed to win someone over to his way of thinking. He abhorred confrontation. Jefferson’s approach to politics was the perfect combination of sincerity and tact. His shy charm masked a wellspring of ambition.

As a college student, Monroe had seen Jefferson in Williamsburg, but there is no record that the two ever met at that time. Jones told his nephew that Jefferson was “ as proper a man as can be,” adding, “You do well to cultivate his Friendship.” Here was Monroe’s chance to do so.

The governor immediately put Monroe at ease. Jefferson possessed an informal dignity; at social affairs, he masterfully turned a conversation toward topics of interest to whomever he was with. Soon the shy Monroe was confiding everything about his situation. He recounted his recruiting struggles, his money woes, and his failure to get to Europe as a “variety of disappointments.” Add to that his own perceived estrangement from Jones, and Jefferson had Monroe’s plight in a nutshell.

The two had much in common. Both had learned the value of working and living off the land from fathers who died young. They both enjoyed the outdoors and scholarly pursuits. Their commonality diverged in two areas, however: Jefferson was bequeathed an estate of thousands of acres, leaving him significantly richer than Monroe. And, while the thirty-six-year-old Jefferson had established his reputation in government service, Monroe, just twenty-one, had served and bled for his country.

The governor immediately took the young officer under his wing. Each man had much to offer the other. In Jefferson, Monroe had one of the most brilliant men alive for a mentor, renowned for his intellectual curiosity and political accomplishments, while still young enough to be an empathetic role model as well. For his part, Jefferson saw immense potential in the young war hero…

[In 1784,] Congress soon turned to a subject Monroe was avidly interested in. Representatives had long delayed debate over providing garrisons to the northwest outposts and forts, many of which were still in British hands. Monroe supported a proposal that Congress enlist 450 men for three years to protect the frontier — a modest number, considering the hundreds of miles involved, but Monroe saw it as a starting point toward his goal of establishing a standing army. The motion lost, despite Monroe’s enthusiastic support — even Virginia voted nay. Undeterred, Monroe cosponsored a proposal of a seven-hundred-man army with one-year enlistments. To the freshman congressman’s delight, the measure passed before Congress adjourned for the summer, to reconvene in Trenton in October.

As the delegates departed Annapolis, Monroe decided to embark on a journey he had wanted to make with Jefferson, an exploratory trip through the Northwest Territory. No congressman had ventured west; for Monroe, it was about time at least one of them did.

Monroe returned to Fredericksburg first to pay a visit to his uncle. Jones updated him on the latest news regarding Monroe’s youngest brother, Joseph, who was attending a preparatory school in Edinburgh. From there, Monroe headed to Albemarle County, where he inspected a couple of plantations for sale. Wanting to live close to Jefferson, Monroe sought any tract from six to ten thousand acres. Due to his financial situation, he hoped that payment could be put off “for any part sometime and the balance as long as possible.”

Before Jefferson sailed for Paris [in 1784], Monroe told him that he wished to strike up a correspondence with James Madison. Jefferson was happy to facilitate it. It was not just a matter of connecting two of his friends. Madison was seven years older than Monroe, with enough substantial political experience to pick up where Jefferson left off as a role model. And Monroe, young as he was, could readily take Jefferson’s place as Madison’s confidant. “The scrupulousness of his honor will make you safe in the most confidential communications,” Jefferson confided to Madison, adding, “A better man there cannot be.”

“I sit out upon the route through the western country,” Monroe informed Jefferson in July. “I shall pass through the lakes, visit the posts, & come down the Ohio and thence home,” expecting his journey would take the rest of the summer and into the fall. “It is possible I may lose my scalp from the temper of the Indians,” he added humorously, “but if either a little fighting or a great deal of running will save it I shall escape safe.”

He and a servant rode north through Baltimore and Philadelphia to New York City. Once there, he was invited to accompany a team of commissioners picked by Governor George Clinton to negotiate with the New York tribes. They were setting out from Albany for Fort Stanwix. Monroe accepted their invitation and booked passage on a sloop about to sail up the Hudson.

The talks between the Six Nations chiefs and the commission began immediately. Monroe was merely an observer, but once the chiefs learned he was a congressman, they became deferential toward him. One of them, Joseph Brant, made an immediate and lasting impression on Monroe. Brant, whose Mohawk name, Thayendanegea, means “Two sticks of wood bound together” (a Mohawk term for a wager), was born to Christian parents near the Cuyahoga River. Sent to England in his youth, he easily mastered the English language and customs, and one teacher hoped he would be a missionary. Instead, he became one of the most feared warriors in American history, fighting in the French and Indian War. During the Revolution, he led Native Americans from New York to Detroit, where he triumphed over a force commanded by George Rogers Clark.

The war over, Brant looked to make a fair deal for his people with the Americans. When he learned Congress was also sending a delegation to negotiate a treaty, Brant determined to play one group off the other to get the best deal. Fort Stanwix was familiar ground for Brant. He had done his utmost to help destroy it seven years earlier, at the bloody battle at nearby Oriskany.

Monroe found Brant to be a man worthy of respect, and urged him to wait until Monroe’s congressional colleagues arrived before agreeing to the New Yorkers’ terms. “It is the earnest disposition of the States to cultivate the friendship of the Indians,” Monroe argued. His conversations with Brant instilled strong interest in Native American relations. Monroe shared Joseph Jones’s view that white settlement of the frontier would “greatly depend on the quiet deportment of the neighbouring tribes.” They would not be resolved that simply. 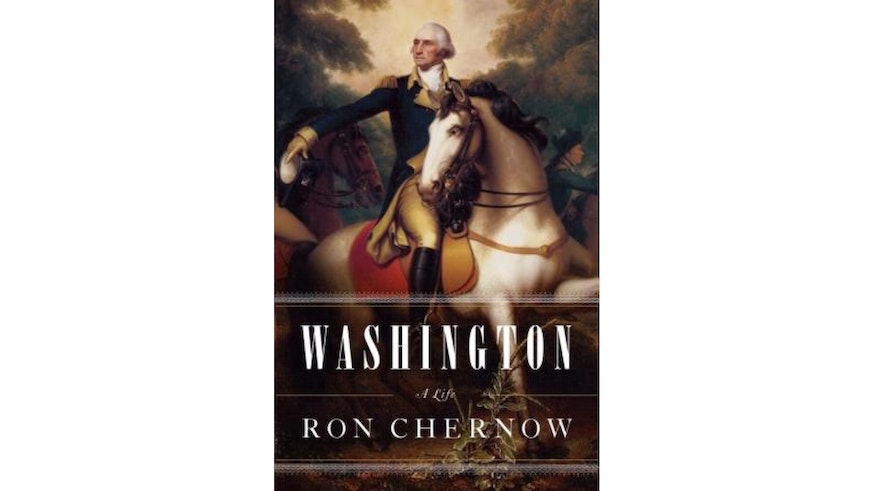 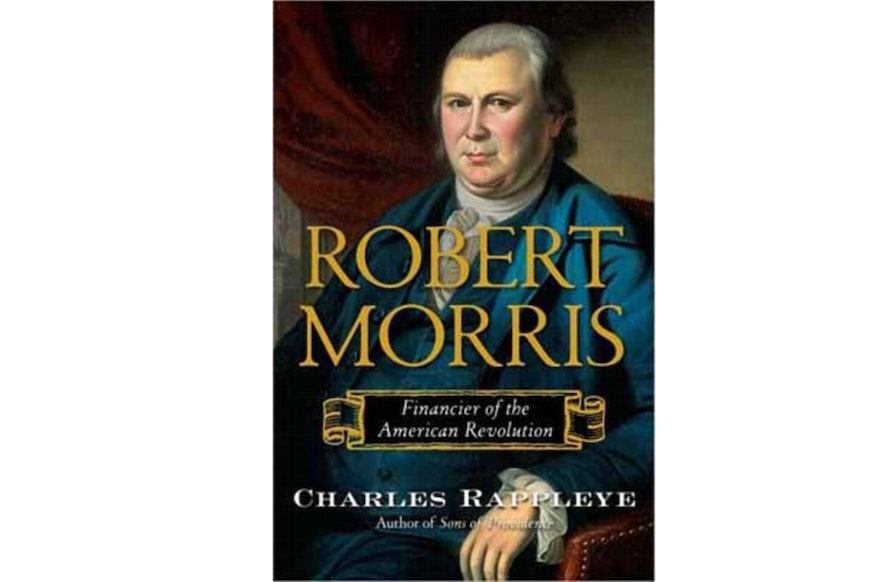 Financier of the Revolution

Read an excerpt from Charles Rappleye about the rise and fall of Founding Father and signer of the Declaration of Independence, Robert Morris.
Read More 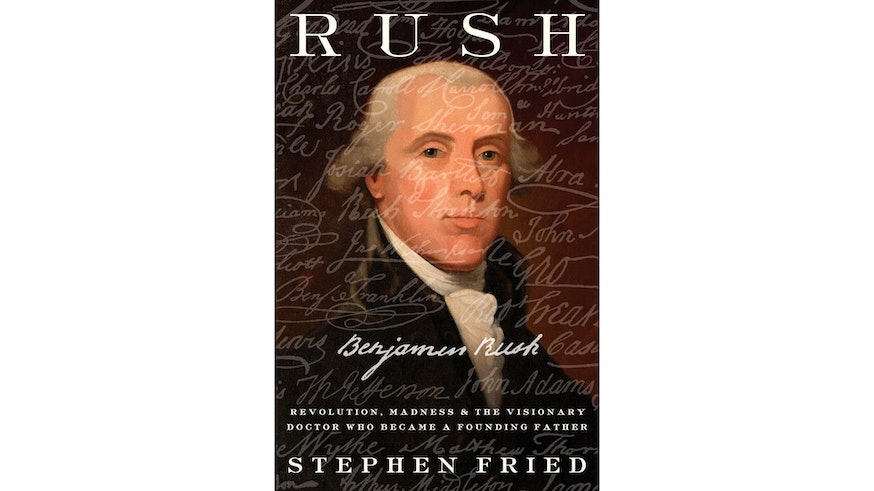 Read an excerpt from Stephen Fried's biography of Dr. Benjamin Rush, signer of the Declaration of Independence and surgeon-general in the Continental Army.
Read More