An Introduction to the Washington Standard Project

One of the Museum of the American Revolution’s most precious collections objects is so delicate, it has been displayed here just once, in a short exhibition for Flay Day 2018. George Washington’s headquarters flag, sometimes called the Commander-in-Chief’s Standard, is so fragile after years of light damage that we cannot safely display it in our galleries with any sort of regularity. If you’ve visited the Museum since 2018, you may have seen a replica on display in our Rotunda which has its own exciting history: made in 1998, it went to space with astronaut John Glenn and travelled 3.6 million miles in orbit around Earth. Or if you’ve seen our logo online and in-print, you’ll recognize the iconic six-pointed stars on this flag. 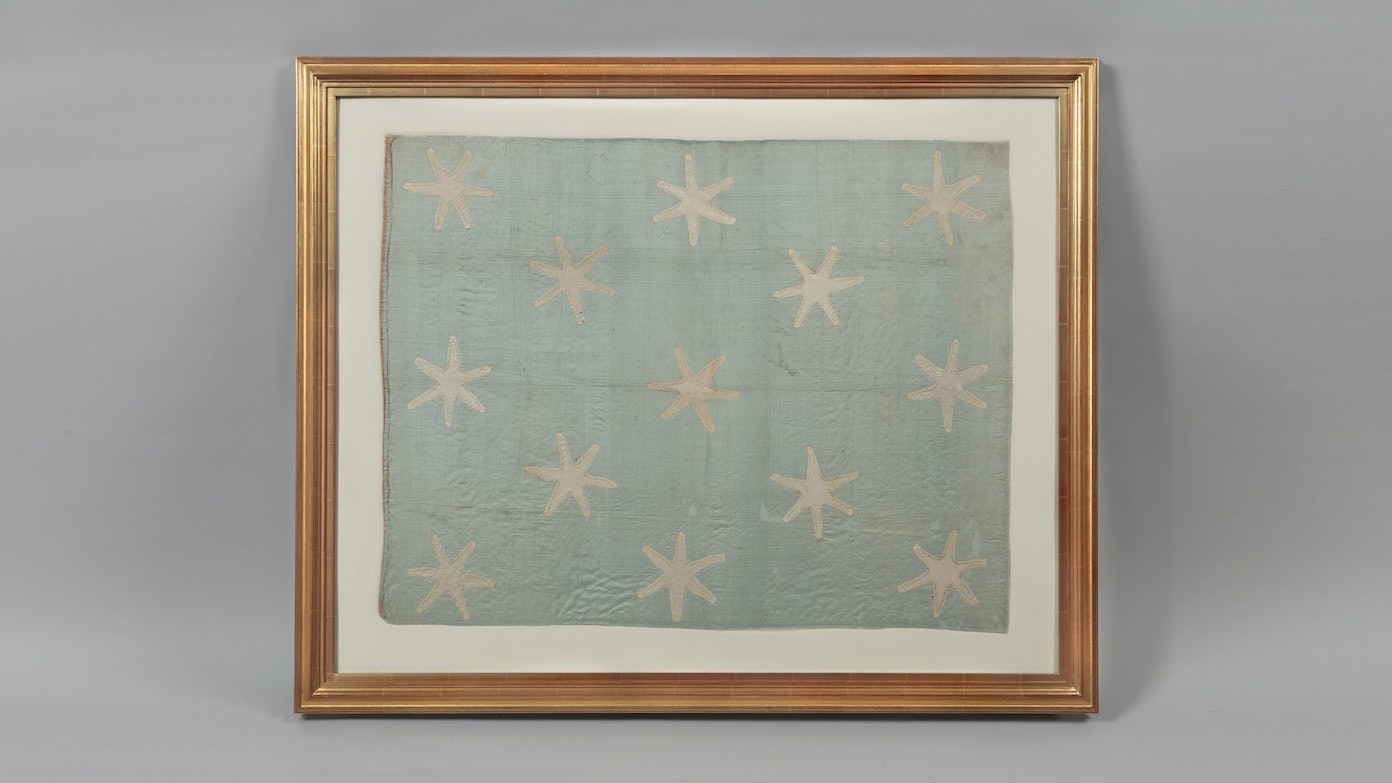 General George Washington's Standard, or headquarters flag, is part of the Museum's collection.

The original Standard, carefully conserved with funds provided by the Pennsylvania Society of Sons of the Revolution and its Color Guard and kept off display in our collections storage area, was the personal wartime flag of General George Washington. It is relatively small, measuring about 28 inches by 36 inches, and probably once had a decorative fringe on three sides. It has 13 appliqued white silk stars placed in rows or possibly along the same lines as the crosses found on the British “union” flag. The Standard marked Washington’s position in camp and on the battlefield, much like the British flag flies over a given palace today when the Queen is in residence. It helped messengers locate Washington and was probably carried by a mounted aide who rode alongside him on the march. After the war, it descended in a branch of Washington’s family before it was loaned and then donated to the Valley Forge Historical Society, the Museum’s predecessor, in 1910. Though there are no exact wartime depictions of this flag, very similar flags appear in a number of eyewitness portraits of George Washington, helping confirm that this flag and similar ones were in use during the war. 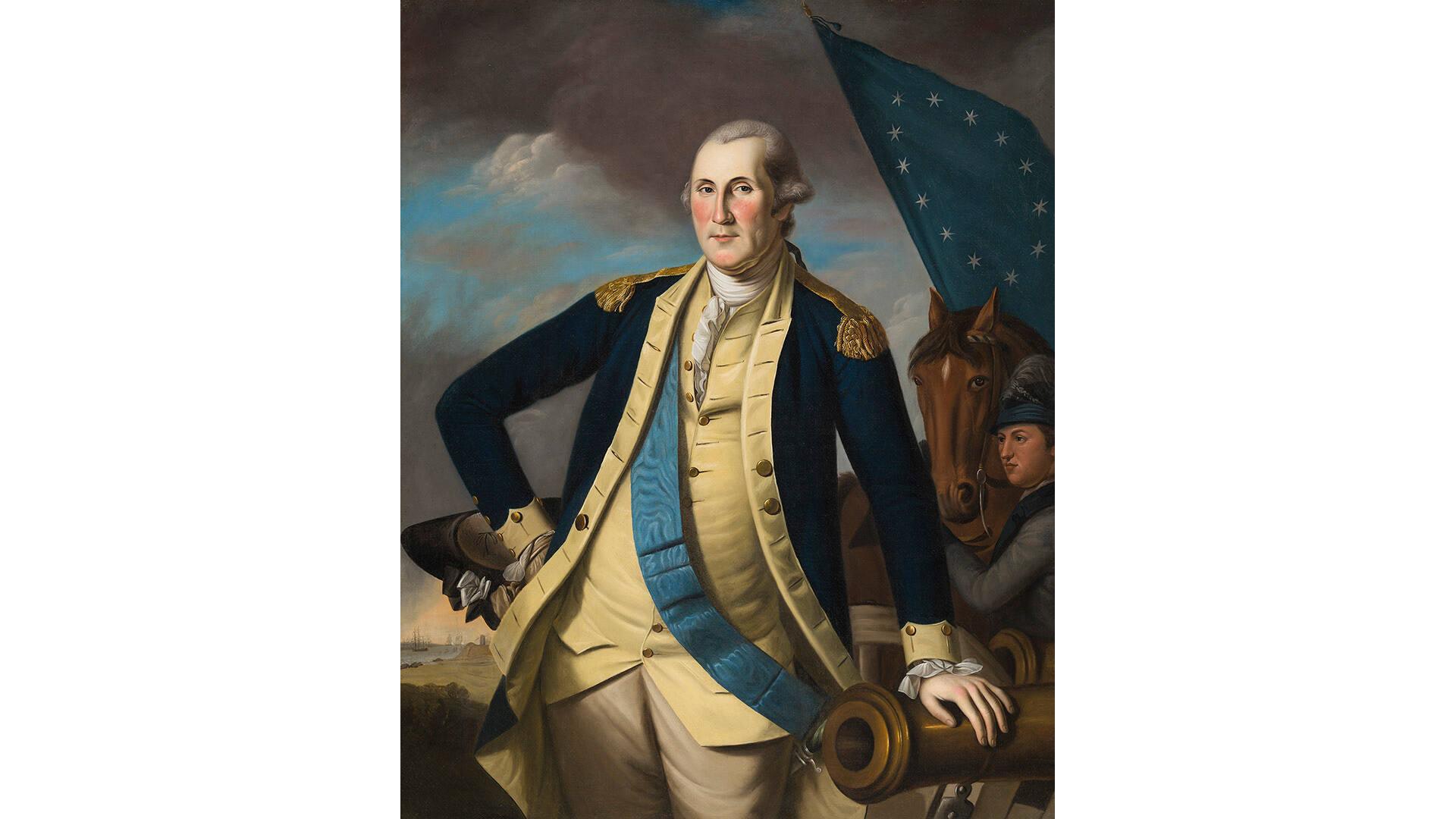 The Standard’s origins are unclear. Close examination of the flag confirms that it was never part of a larger flag, though it does resemble the “canton” that appears in the corner of today’s American flag. It’s also unclear whether it was adapted from or itself inspired other early American flags that featured stars on a blue field. In Revolutionary America, many people made flags for the new nation and there was little standardization, including in details like the number of points on the stars.

To better understand the flag, how it was made, and what it might have looked like when it was new, the Museum is embarking on an exciting new initiative in 2022-2023, the Washington Standard Project. This Project follows the success of our 2021 True Colours Flag Project and ongoing activities related to the First Oval Office Project that explore original objects through hand-made reproductions. In collaboration with Virginia J. Whelan, a textile conservator who worked on both the original Standard and Washington’s War Tent, we are researching and handmaking two replicas of the flag, documenting the process and doing on-site demonstrations at the Museum. Weaver Bettes Silver-Schack is handweaving silk to the appropriate width to allow us to create a flag with two finished “selvedge edges” that match the original.

Join us onsite at the Museum on Flag Day on Tuesday, June 14, as Whelan will be onsite in the Museum's rotunda to discuss her work on the project. 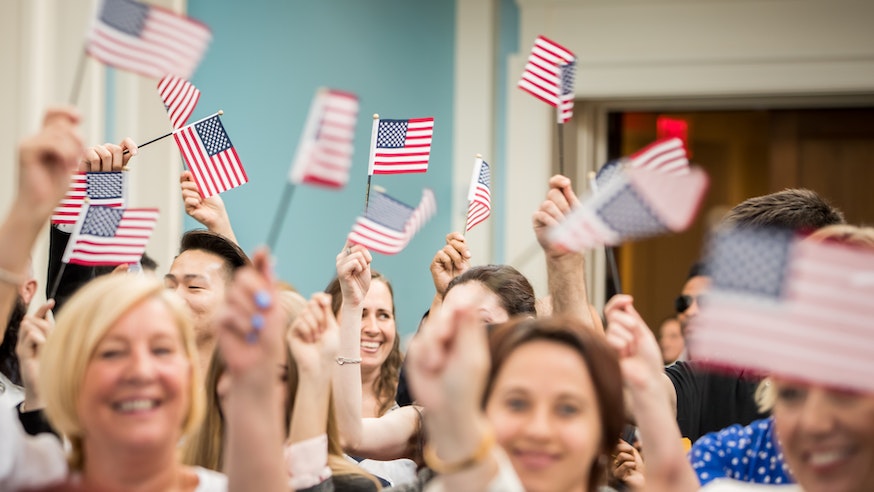 Flag Day Weekend at the Museum

June 11-14, 2022
Join the Museum over Flag Day weekend to learn about flags of “all kinds of colours” from the Revolutionary era with activities and talks for the whole family.
Go to Event 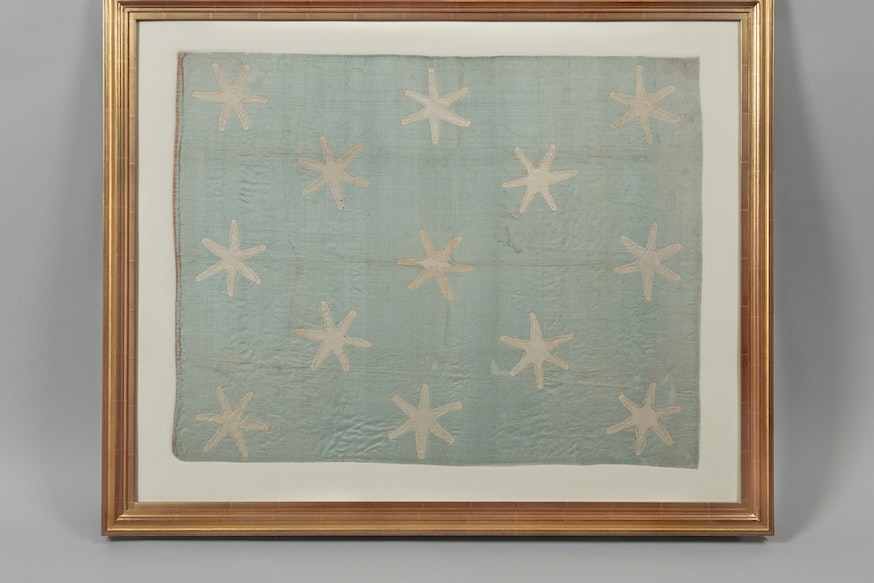