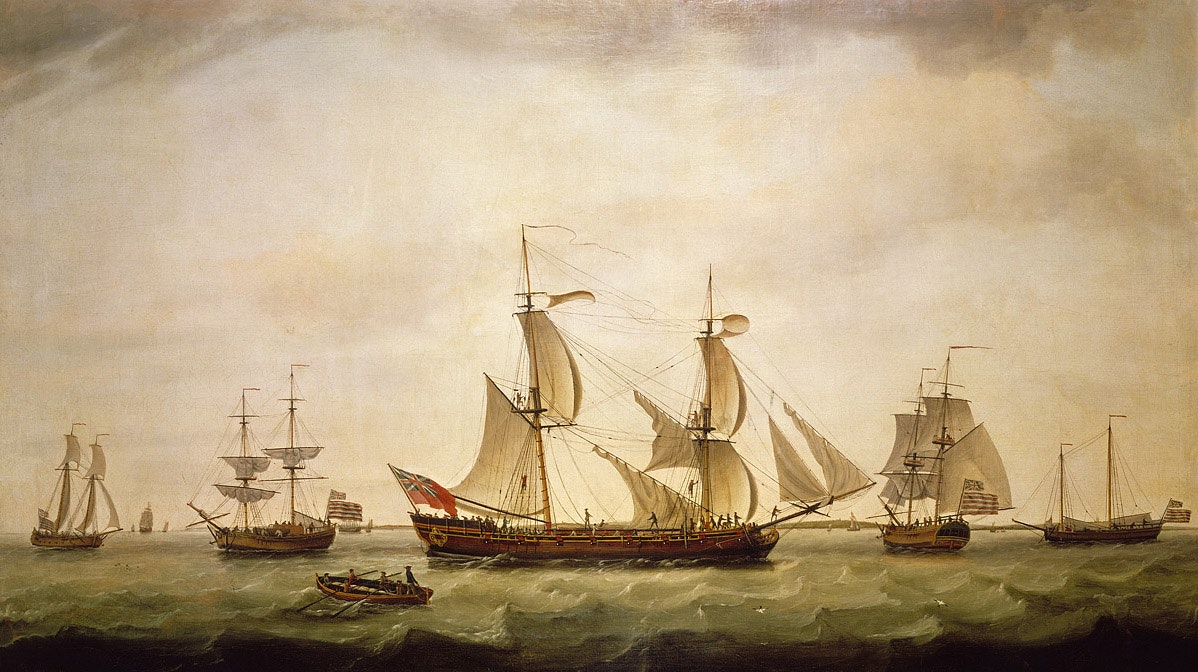 The True Colours Flag Project is an initiative to recreate a "suit of colours," the full set of flags carried by ships during the Revolutionary War. Each ship carried not just their own country's flags but also flags from many other countries. This allowed them to show respect to foreign ports they visited by flying that nation's flag as a gesture of respect but also to sail in disguise, misleading observers. In 1778, for example, a British newspaper reported that rebellious American ships were being allowed into an Italian port because they were flying French colors, even though everyone knew their true identities. But before firing shots in battle, the rules of war dictated that a ship had to run up the "true colors" of their home nation. We still talk about people showing their true colors today.

An Oct. 6, 1795 newspaper advertisement from The Newport Mercury in Rhode Island, gives us a sense of what a suit of colors contained shortly after the Revolutionary War:

"STOLEN out of the Cabin of the Schooner Three-Friends, lying at William Langley's Wharf,--A complete SUIT OF COLOURS, almost New. The Ensign contained Thirteen Stripes; the Field blue, with Stars; the Stars having Six Points; the Jack all blue, with Stars; the Pendant red and white, with a blue Field." 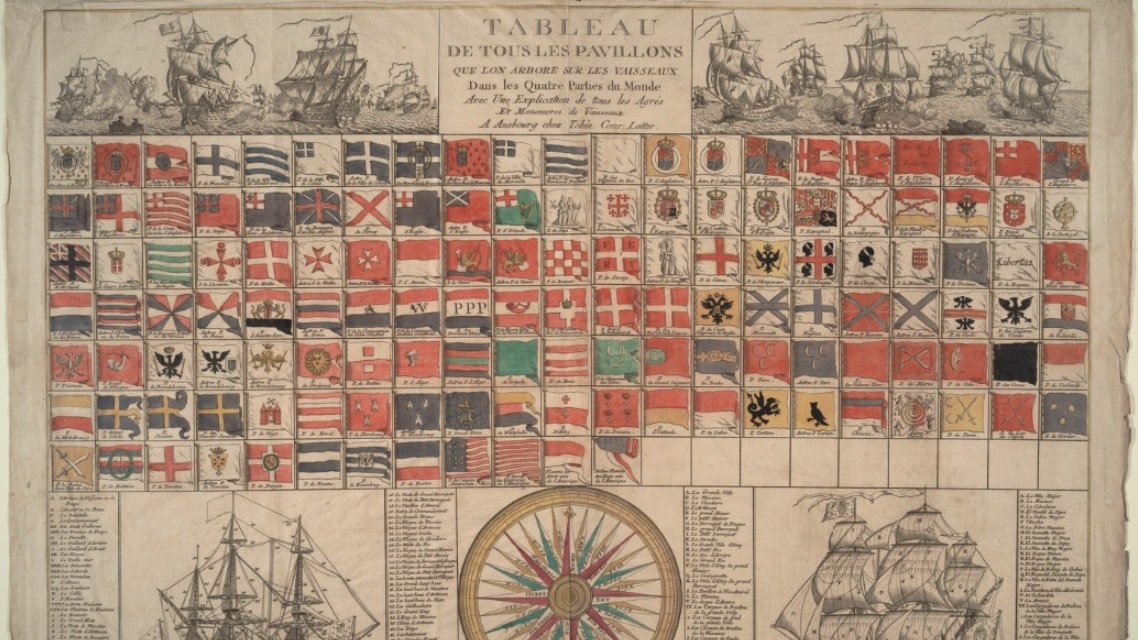 Ships' flags were enormous, so that they could be seen from miles away out at sea. The bigger the ship, the bigger the flags. In fact, compared to some that once existed, our flags are relatively small. To match the size of our privateer sloop, our ensigns are about 7 feet by 10 feet, our jacks are about 5 feet by 7 feet, and our pendants are only two feet wide but about 40 feet long.

Using wool "bunting," a loosely-woven material matching that of original flags, nine makers across the country will create over a dozen flags entirely by hand, including those of the United States, Great Britain, France, Spain, Portugal, Sweden, and the Netherlands. By studying and documenting these makers' processes, we will learn more about flagmaking in the eighteenth century and the people — especially women like Philadelphians Rebecca Flower Young and Elizabeth "Betsy" Ross — who made Revolutionary flags. The resulting suit of colors will be debuted at the Museum this summer in conjunction with our summer exhibition, Flags and Founding Documents, 1776-Today.

Be sure to stay tuned online and on social media to follow the project's progress and take a closer look behind the scenes.

America 250’s official recognition of the True Colours Flag Project acknowledges the program as an expression of the America 250 vision to inspire the American spirit. 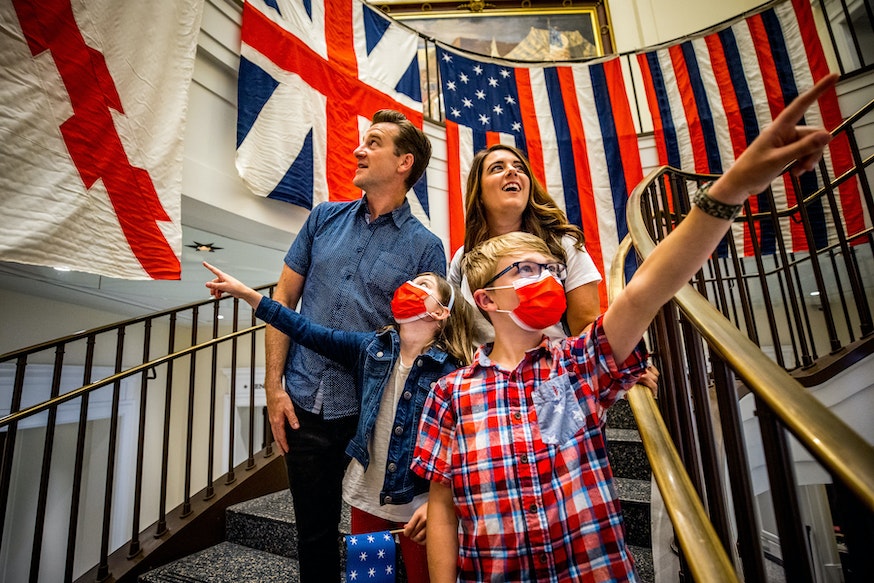