Cousins Fannie B. Lovell and Ellen Lovell Crosby, descendants of Betty Washington Lewis (George Washington’s sister), donated this silk flag to Reverend W. Herbert Burk’s museum of American history at Valley Forge in 1910. Two of Lewis’s sons served as private secretaries for Washington, and a third served as an officer in Washington’s “Life Guard” during the Revolutionary War. According to family tradition, this flag marked the presence of General Washington throughout much of the war. Also known as a standard due to its modest size, it is believed to be the earliest surviving 13-star American flag. Reverend Burk’s Valley Forge Historical Society, the predecessor organization of the Museum of the American Revolution, served as the longtime steward of Washington’s standard. 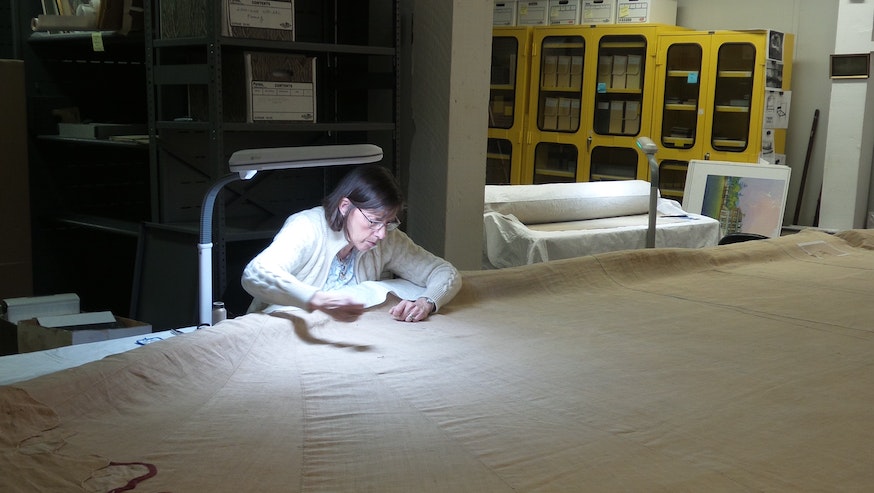 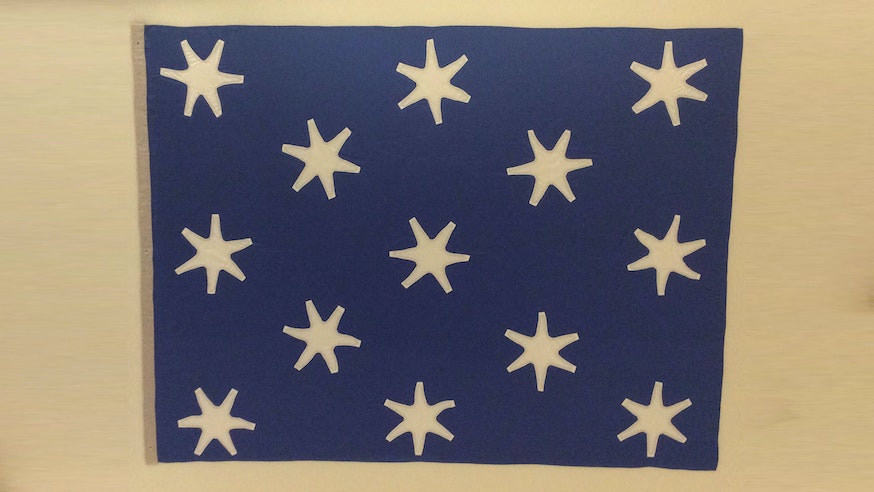