The Museum's 2021 Revolutionary Summer is now over. Check out our latest exhibits and events for Fall 2021.

Our Flags and Founding Documents, 1776-Today summer exhibit showcased dozens of rare American flags alongside historic early state constitutions and the first printing of the proposed U.S. Constitution of 1787 to shed light on the triumphs and tensions that the United States faced as new states joined the Union. The exhibit traced the evolution of the American flag by featuring an example of each iteration as new states were added. By telling stories from the nation’s revolutionary roots to its continuing struggle over equal rights, Flags and Founding Documents, 1776-Today encouraged visitors to consider their role in the ongoing effort to fulfill the promise of the American Revolution.

The collection of flags was on loan from Jeff R. Bridgman, a leading dealer of antique flags and political textiles. The documents were on loan from the Dorothy Tapper Goldman Foundation following their exhibition at The New-York Historical Society.

Flags and Founding Documents, 1776-Today was presented by American Heritage Credit Union. The exhibition was made possible by a grant from the National Endowment for the Humanities: Democracy demands wisdom. Additional sponsorship was provided by The Color Guard of the Pennsylvania Society of Sons of the Revolution, Morris W. Offit, Mark R. Shenkman, and the family of Irvin and Anita Schorsch. 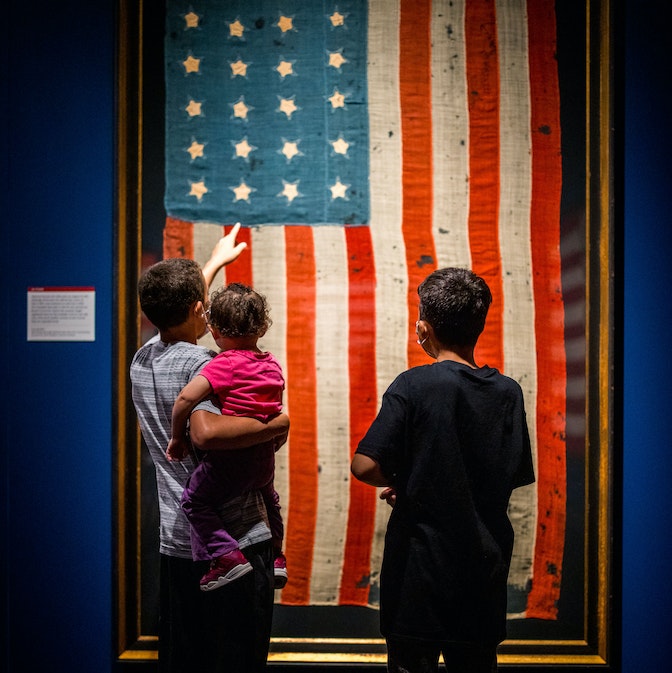 Follow the process of recreating — and the history behind — the flags flown by 18th-century ships at sea during the Revolutionary War. 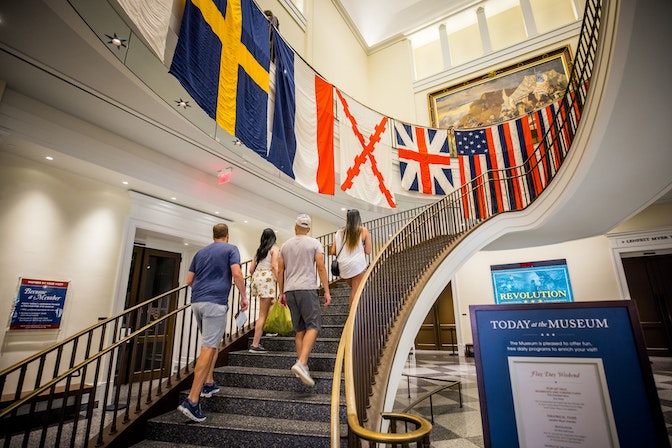 Explore the work of Betsy Ross, Rebecca Flower Young, and other Philadelphia seamstresses who supported the Revolutionary War by making the large flags flown by privateers and navy ships at sea. On-site visitors had an opportunity to interact with the modern makers recreating these early flags from countries like the United States, France, Britain, Spain, Portugal, and more, including handling the flags, trying their hands at sewing, and learning about historic textile work. Digital visitors could follow the project's progress and take a closer look behind the scenes.

View the diary kept by John Claypoole, the third husband of Betsy Ross, during the 1780s, recently donated to the Museum. 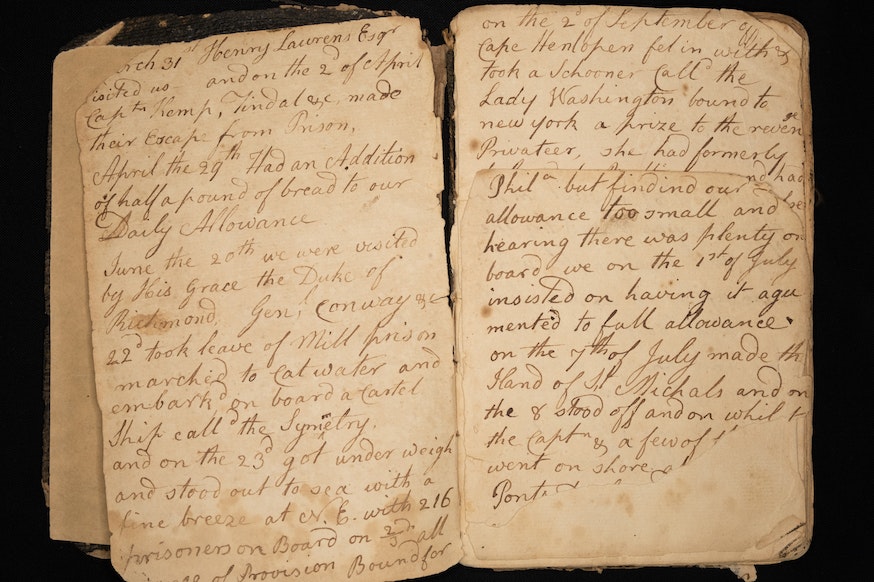 A Diary, a Bible, and a Family Reunion

The diary of Betsy Ross's third husband John Claypoole was recently donated to the Museum by Ross-Claypoole descendants Aileen and David Edge — who found it in a shoebox in Aileen's mother's California garage — and is newly displayed alongside Claypoole's sea chest. The diary documents Claypoole’s experiences as a prisoner of war during the Revolutionary War.

Fill in the blank: The Declaration of Independence matters because _________.

Share your answer with us on social media @amrevmuseum using #HowRevolutionary. 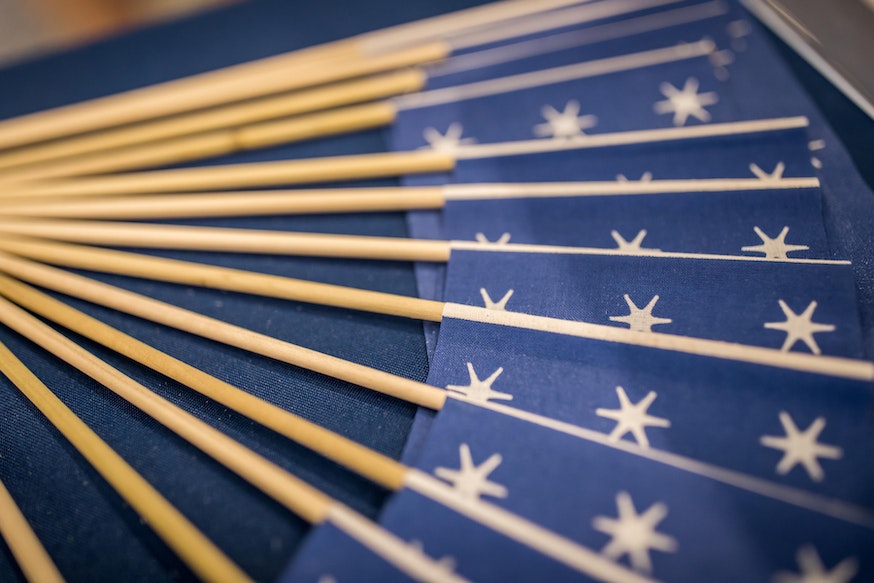 Learn more about the rigorous health and safety measures in place to ensure the safest and most enjoyable experience for all, including reduced capacity, advance online ticket purchasing, and enhanced sanitizing and cleaning protocols.

Shop these staff picks from the Museum Shop to have yourself a Revolutionary summer! 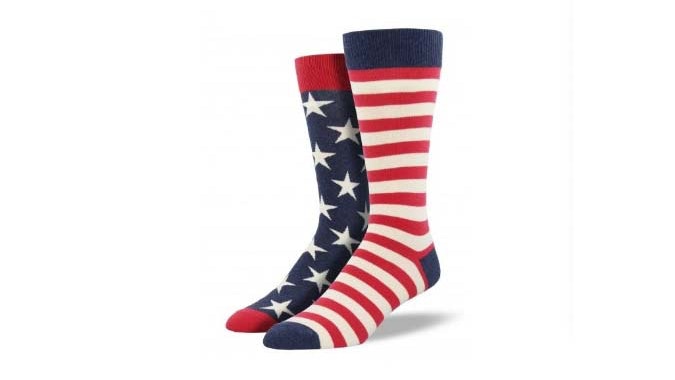 Step out into the world in style with a pair of bold red, white, and blue American flag socks. You can rock them with your favorite pair of dress shoes or with your summer sandals, if you so choose (we promise we won't judge!). 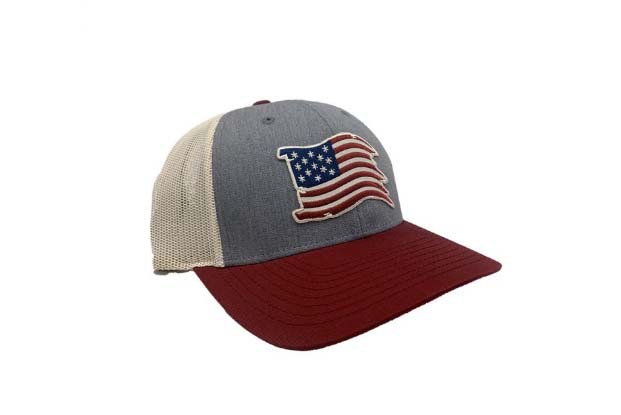 Seriously, though, what dad wouldn't want to wear this Stars and Stripes ballcap? 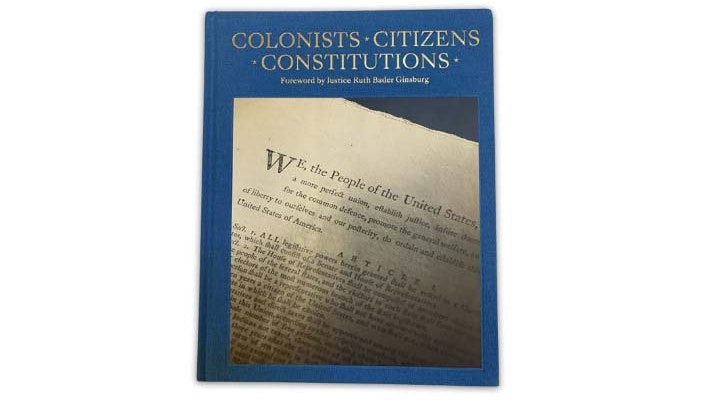 The accompanying book to our summer exhibit, Flags and Founding Documents, 1776-Today, Colonists, Citizens, Constitutions highlights documents that tell the story of American constitutionalism from the founding era through the turn of the 20th century and features a foreword written by late Supreme Court Justice Ruth Bader Ginsburg.

America 250’s official recognition of Flags and Founding Documents, 1776-Today and the True Colours Flag Project acknowledges the programs as an expression of the America 250 vision to inspire the American spirit.