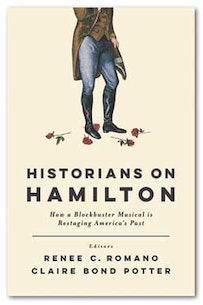 Historians on Hamilton: How a Blockbuster Musical is Restaging America's Past edited by Renee Romano and Claire Potter

People have long shared history through theater. For example, some of Shakespeare’s most famous works are referred to as his “Histories.” Like Shakespeare’s plays, such performances are often based on history but they don’t hold up to historical scholarship.

However, theater can inspire interest in history. Hamilton: An American Musical has certainly done that. As the show’s reach has grown, so has curiosity about its successes, shortcomings, and ability to cross perceived boundaries. One look into Hamilton’s power is Renee C. Romano and Claire Bond Potter’s Historians on Hamilton: How a Blockbuster Musical is Restaging America’s Past. Romano and Potter assembled 15 authors, including early American historians, Broadway historians, and educators. They divided the book into three “acts” of five essays each: “The Script,” “The Stage,” and “The Audience.”

There are several themes that cross these acts. Among them are conversations of race, historical accuracy, contemporary history education, Broadway history, and politics (historic and modern).

So how exactly has this representation of the nation’s founding— the topic that is perhaps the hottest of the potatoes in the history wars—managed to appeal to Americans across the political divide? The support among conservatives is particularly surprising given that Lin-Manuel Miranda has made no secret of his own progressive political orientation. The son of politically engaged parents (his father is a longtime Democratic political consultant and his mother a clinical psychologist who is on the board of Planned Parenthood), Miranda is an avid Democrat who has used his musical talents to support Democratic candidates like New York governor Eliot Spitzer. During the 2016 presidential election, the cast performed special matinee fundraisers for both the Democratic National Committee and Hillary Clinton. The show has garnered much praise and love from the Obama family, including President Barack and Michelle Obama's unprecedented video introduction of it on the 2016 Tony Awards, And Miranda and the cast have been outspoken in their criticism of Republican Donald Trump.

But the story that Miranda has created in Hamilton—and importantly, the way he tells that story in the musical—serves in many respects to fuse progressive and conservative visions of history. Hamilton offers a story of the nation’s founding that can appeal to those who are invested in a narrative of American exceptionalism that emphasizes the nation’s positive virtues and “great man” versions of history. But in focusing on a founding father who opposed slavery (or at least favored gradual emancipation), by telling his and the nation’s story through contemporary Afro-Latin musical forms, and by casting blacks and Latinx actors in the roles of the founders, Hamilton simultaneously broadens the traditional American narrative to welcome and even center people of color who have been marginalized in America’s civic myths. The genius of Hamilton lies in its ability to offer both those who have long owned the narrative and those who have been excluded from it a place in America’s foundational story.

Take Hamilton’s focus on the founding fathers and the nation’s origins. That’s a subject typically more popular with conservatives than progressives, but Miranda saw in Hamilton’s story the chance to challenge traditional patriotic and civic myths that portray the founders as sacred figures who are beyond criticism. Americans have so deified the founders that “they're on rocks in South Dakota,” Miranda argues. Instead, he wanted to present them as complex people with foibles and human flaws, a fact the show highlights with its portrayal of Hamilton's philandering, pride, and ambition; Aaron Burr's envy and duplicity; George Washington's self-doubt; and Thomas Jefferson’s strutting hypocrisy. Even the decision about where to put the intermission reflected Miranda's quest to make these men seem like real people; he decided not to end Act I with victory in the American Revolution for fear that it would reinforce celebratory narratives that made the founders seem infallible.

Yet conservatives have still found much to praise about Miranda's portrayal of the founding fathers. The musical has, much to their delight, made early American history and classic texts like The Federalist Papers hip again. One self-identified conservative who responded to an online question about Hamilton liked the show because “any discussion of history, especially of the Founding Fathers, is always positive,” while another was pleased that a play about such an “important and influential founding father” was so popular. Hamilton, a writer in the conservative magazine Commentary argued, should be celebrated for sending “Americans back to their roots at a time when many are quick to tear them up and cast them aside.” Hamilton’s portrayal of Hamilton, Jefferson, and other early American figures as complex and morally flawed also pleased conservative commentators because it served, as they saw it, to mitigate against knee-jerk criticism of them as “dead white men” who should be dismissed as hypocrites. A writer for the National Review hoped that Hamilton would help “people who were reared on a public-school revisionist history... come to understand why many still believe this Dead White Man is worthy of veneration.” At a time when many conservatives have complained that America’s first leaders, as Rush Limbaugh put it in 2014, have been wrongfully caricatured as “homophobes and bigots and racists and sexist,” conservative commentators viewed the portrayal in Hamilton of vibrant, energetic, and human founders as “entirely earnest and deeply sympathetic.”

Conservative praise for Hamilton helping people understand why “dead white men” are worthy of veneration is particularly ironic given Miranda’s insistence on having nearly all the characters in the show played by actors of color. Hamilton does not in fact encourage its audience to “venerate” the founding fathers. It rather seeks to “eliminate the distance” many contemporary people feel from the nation’s early history—especially people of color whose own histories are ignored or elided in celebratory national origin stories— by offering a “story about America then, told by America now.” Miranda's America is one where rap and hip hop best express the founding zeitgeist, where people of color are portrayed as owners and shapers of the country from its very beginning.

But here again, Hamilton has found a way to convey America’s racial history that has the potential to unite people on both sides of the political divide—or at the very least, to bring them together in conversation. On the one hand, Hamilton’s music and casting choices have the effect of delinking whiteness and the story of the nation’s founding. Traditional national origin stories have focused on the experiences and perspectives of elite white men who are celebrated for promoting ideals of liberty and equality they did not follow in practice. People of color, whose histories these myths ignore, have been offered only the option of celebrating a history that encourages, and even demands, an innocence or amnesia about the nation’s history of racial and gender exclusions. But by having actors of color play all of the founding fathers and by telling the national story through musical genres associated with black and Latinx culture, Hamilton boldly puts people of color on par with whites as owners and creators of the nation and its heritage. 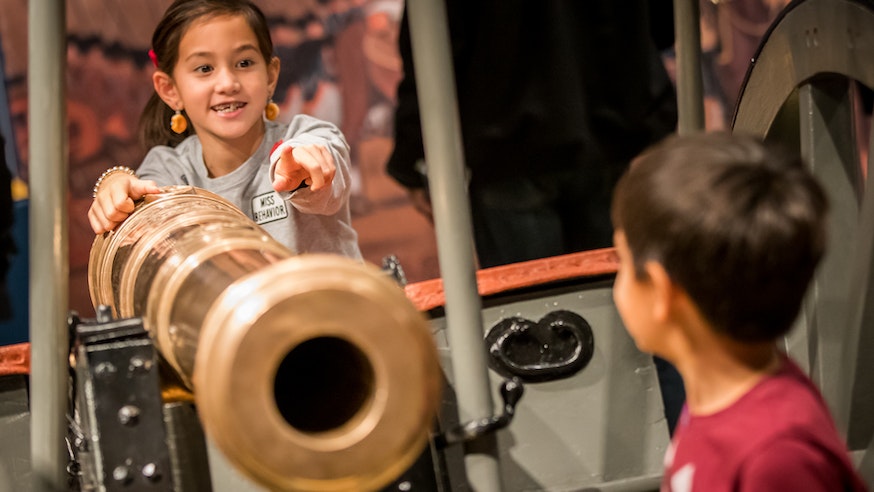 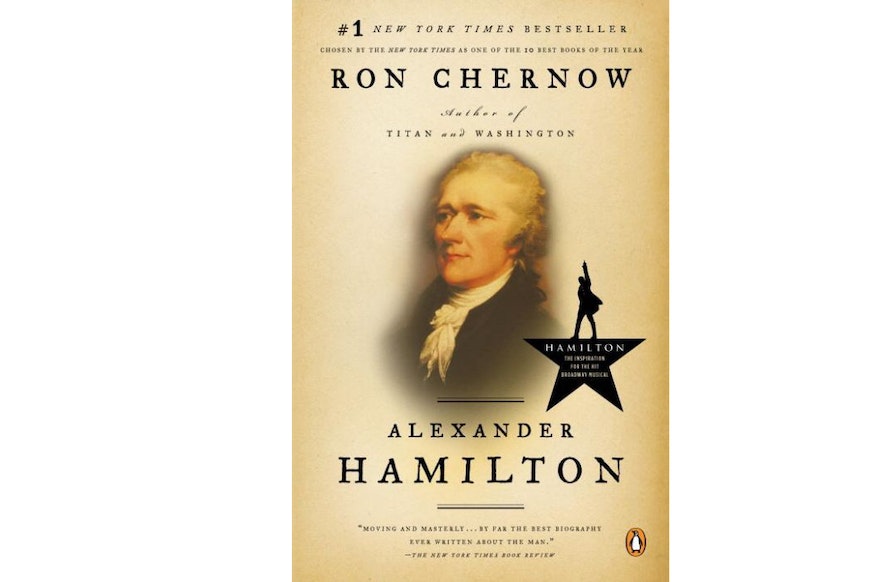 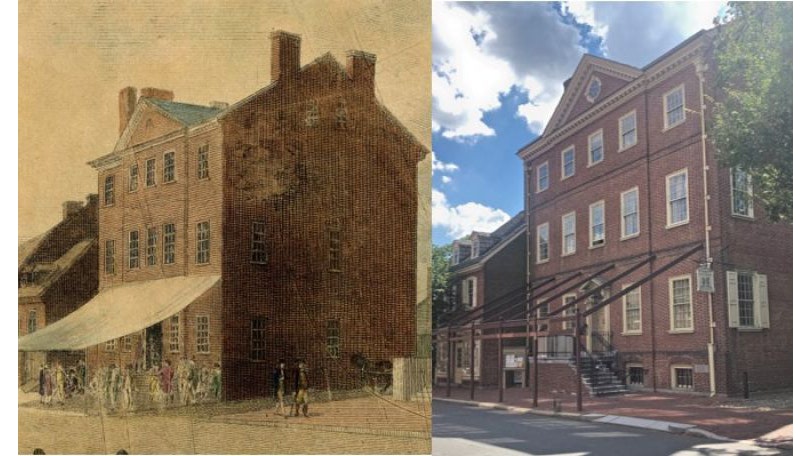 Without Philadelphia, there might not have been the Alexander Hamilton we know today. Check out notable sites from Hamilton's time in Revolutionary Philadelphia.
Read More