Visitors journeyed through Hamilton’s Philadelphia in Hamilton Was Here: Rising Up in Revolutionary Philadelphia from October 27, 2018 to March 17, 2019. The interactive playscape revealed connections between our own city and Alexander Hamilton’s extraordinary contributions to the nation’s founding. Through playful interactives, scenic environments, and facilitated games, visitors actively engaged in the challenges of founding and maintaining a country and were inspired to carry these lessons forward as they face the challenges of citizenship today. The experience also served thousands of school groups with a facilitated program.

Hamilton Was Here was a part of the Museum's "Year of Hamilton" that explored the surprising connections between Philadelphia and Hamilton’s extraordinary contributions to the nation’s founding through lectures, evening programs, and family-friendly activities. Hamilton Was Here features six key sections that highlight different aspects of Hamilton’s political rise in the Philadelphia region, including his roles as an artillery officer in Washington’s army as it tried to defend the city from the British during the Revolutionary War; a political leader who helped create the United States Constitution; an advisor to President Washington when Philadelphia served as the national capital; and the first Secretary of the Treasury who envisioned the financial future of the nation in his Philadelphia office.

Hamilton’s Artillery: He Commanded It (Trenton and Princeton)
Do you have what it takes to be like Hamilton and command artillerymen? In 1776 and 1777, Hamilton captained a New York artillery company as part of General Washington’s army.

Hamilton’s First Duel: He Ended It (Port Richmond)
Alexander Hamilton took part in 11 “affairs of honor” during his lifetime. His first experience with dueling was right here in Philadelphia, in what is now the Port Richmond section of the city. Hamilton served as John Laurens’s second and negotiated an end to Laurens’s 1778 duel with Continental Army Major General Charles Lee.

Hamilton’s Constitution: He Argued for It (Independence Hall)
Alexander Hamilton served his country on the battlefield, but in 1782 he began serving his country as a member of Congress and later, in 1787, as a delegate to the Constitutional Convention.

Hamilton’s President: He Advised Him (The President’s House)
Experience Hamilton’s role in shaping and influencing the presidency, including his advice on how President Washington should manage his time and his public image.

Hamilton’s Economy: He Shaped It (First Bank of the United States)
As the first Secretary of the Treasury, Hamilton devised a series of economic plans that laid out how the new nation should manage its debt, create a national bank, establish a mint, and support American manufacturing. Within a replica of the façade of the First Bank of the United States, visitors will learn about Hamilton’s plans for the nation and their consequences.

Hamilton’s Army: He Led It (Market St.)
When western Pennsylvania farmers protested a national tax on whiskey in 1794, Hamilton wanted to stop them to show the power of the Federal Government and defend his vision for the Constitution. Here in Philadelphia, Hamilton and Washington made the decision to stop the Whiskey Rebellion with an army of militiamen. 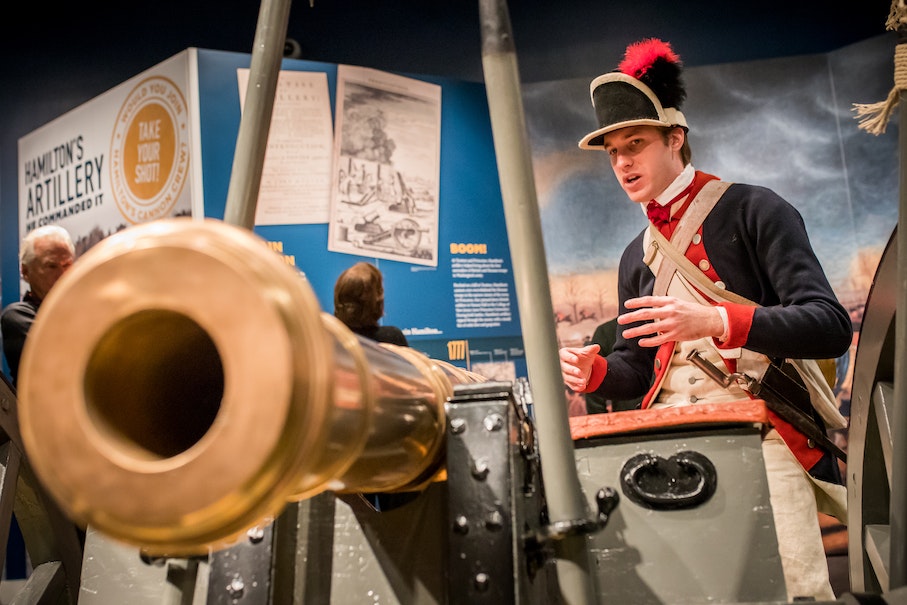 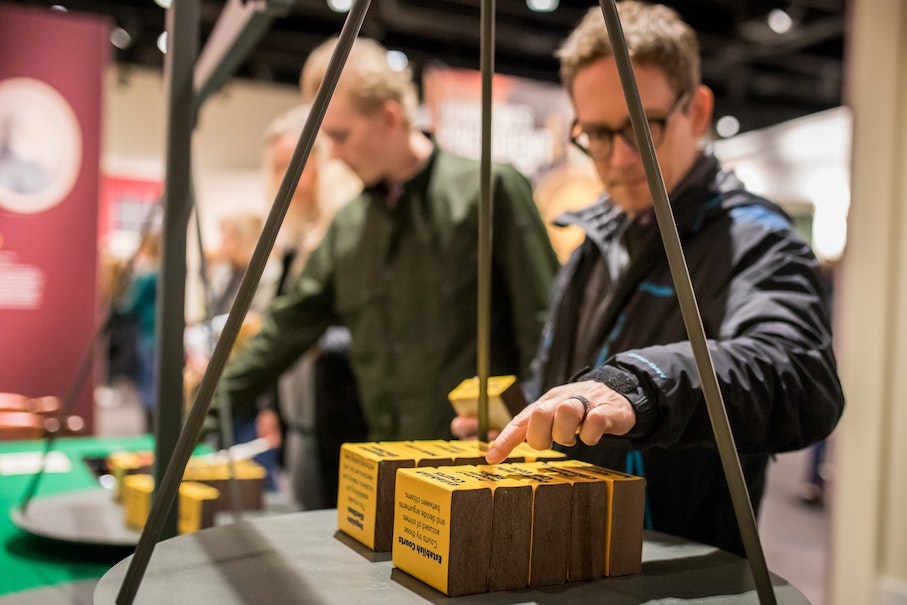 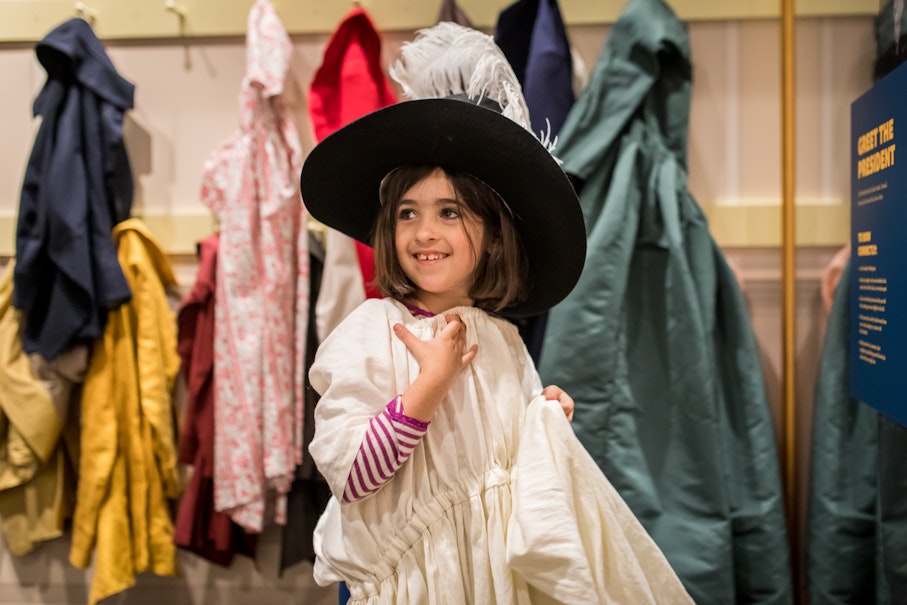 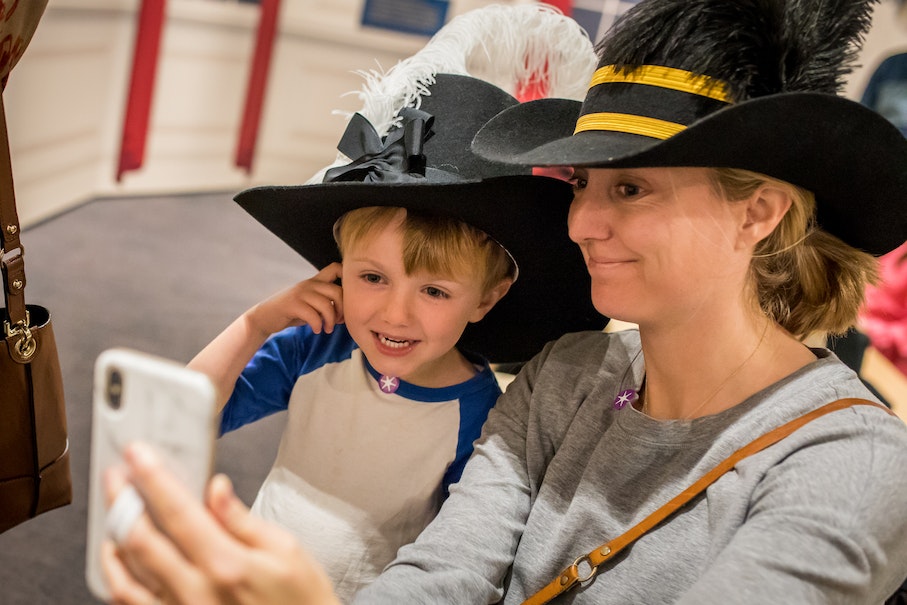 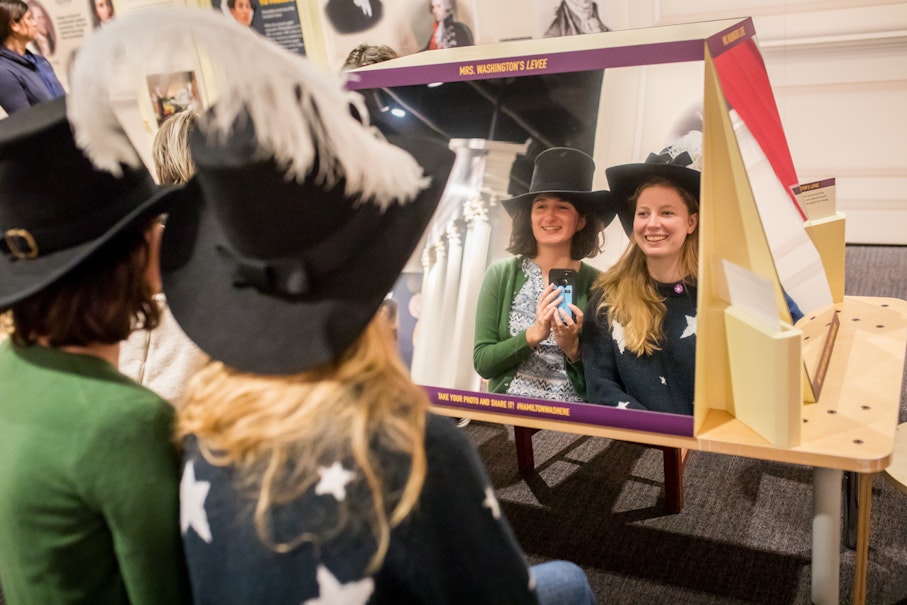 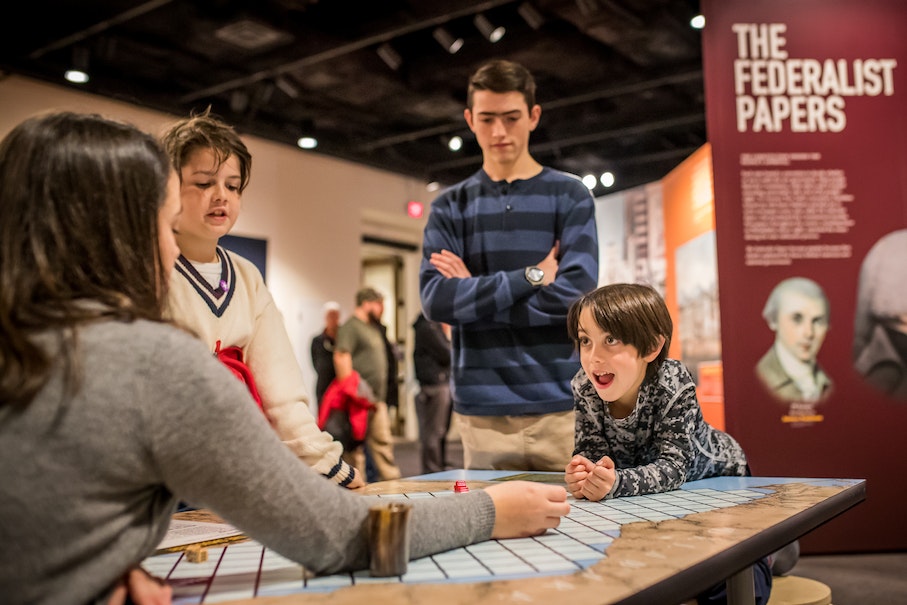 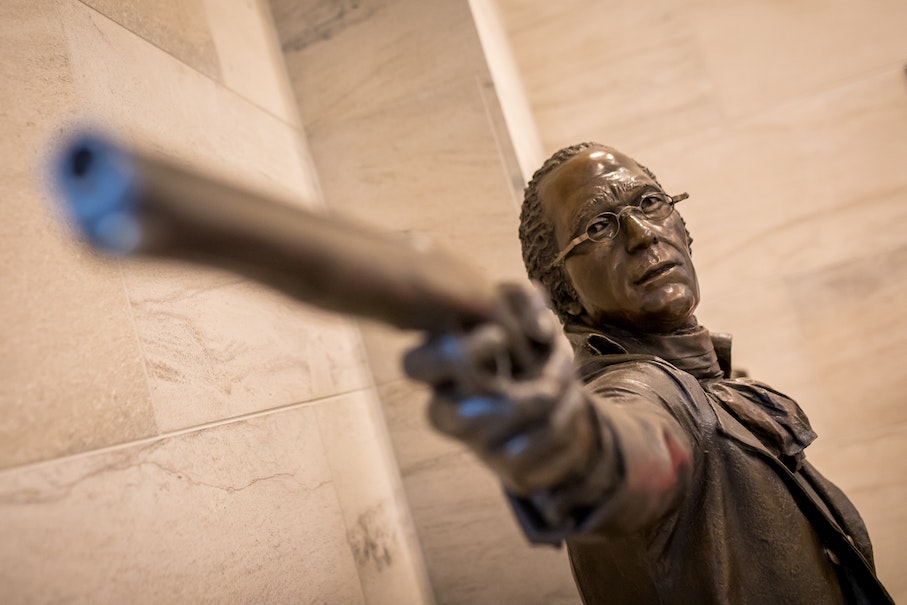 Sponsored by Bank of America