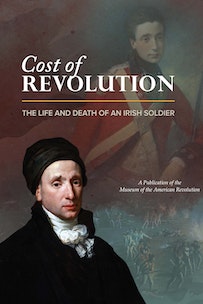 Italian artist Xavier della Gata painted two realistic Revolutionary battle scenes in 1782, the Battle of Paoli and the Battle of Germantown. Collected by the Valley Forge Historical Society in 1957, both paintings came to the Museum of the American Revolution with the rest of the Historical Society’s collections. Famous for their accurate depictions of equipment, troop locations, and actions, there was still a lot about them that was not known. For instance, how did an Italian artist with no known connection to America paint such realistic scenes while the war was still raging? Did a veteran of these campaigns inform him of these details and, if so, who was it?

One of the suspects in this mystery has long been Richard St. George, an Anglo-Irish soldier who served in British Army in America during the Philadelphia campaigns. Two years of researching St. George’s life, led our curators from America, to Ireland, England, Australia, and Italy. Pulling together the various threads of his life, St. George emerged as a rather dashing, yet tragic figure, who fought against two revolutions, suffered physically and emotionally because of his service, and ultimately lost his life defending his beliefs.

St. George became the focus of the Museum of the American Revolution’s special exhibition, Cost of Revolution: The Life and Death of an Irish Soldier, which opened on September 28, 2019 and runs through March 17, 2020.

The Museum’s associate curator, Matthew Skic, was lead curator of the exhibit and wrote the accompanying exhibition catalog of the same name. In the catalog, he shares the details of the Museum’s discoveries about the life and death of Richard St. George. Richly illustrated, the catalog includes the 22 works of art St. George posed for, created, or helped create. Skic also shares an overview of the detective work that went into rediscovering Richard St. George.

Cost of Revolution: The Life and Death of an Irish Soldier followed the untold story of Irish soldier and artist Richard St. George, whose personal trauma and untimely death provide a window into the entangled histories of the American Revolution of 1776 and the Irish Revolution of 1798. See Content

Historians and curators are detectives. They use their training to gather evidence, make connections, and tell stories. It took over 40 years of detective work by numerous researchers to establish Richard Mansergh St. George’s connections to the paintings of Paoli and Germantown by Xavier della Gatta. The study of these paintings contributed to the rediscovery of St. George’s story.

In the 1980s, a historian and teacher from Wisconsin named Stephen Gilbert began a detailed study of Xavier della Gatta’s two paintings as part of his master’s degree. He identified the people depicted in the scenes and hypothesized that an eyewitness, probably a British officer from the 2nd Battalion of Light Infantry, helped to create the paintings. Richard Mansergh St. George was Gilbert’s prime suspect because he fought in both battles, sketched while on campaign, and is depicted in the Germantown painting. In 1994 and 1995, Gilbert published his findings and theories in Military Collector & Historian, the journal of the Company of Military Historians.

Meanwhile, Irish and British art historians learned about Richard Mansergh St. George’s story from a different angle: the surviving portraits of him. Irish art historian Fintan Cullen’s article in The Burlington Magazine, “Hugh Douglas Hamilton: ‘painter of the heart’” (1983), and his book Visual Politics: The Representation of Ireland 1750-1930 (1997), are the earliest detailed studies of Hugh Douglas Hamilton’s portrait of St. George mourning at his wife’s tomb. Cullen sought to understand the timeline of St. George’s life and why he would commission such a portrait, which the National Gallery of Ireland purchased in 1992 from St. George’s descendants. In 2003, British art historian Martin Myrone identified the National Gallery of Victoria’s Portrait of an Officer of the Fourth Regiment of Foot by Thomas Gainsborough as Richard Mansergh St. George. Myrone published his identification in a chapter on Henry Fuseli and Gothic Romance in his book Bodybuilding: Reforming Masculinities in British Art 1750-1810 (2005).

In 2007, new evidence surfaced to strengthen Richard Mansergh St. George’s connection to Xavier della Gatta’s paintings. Four sketches from the Revolutionary War appeared at auction at Sotheby’s in New York City. They depict vignettes from the perspective of a British light infantry officer, including one showing the officer with a head wound being transported to Philadelphia. Historians of the Revolutionary War quickly attributed the sketches to Richard Mansergh St. George because he created “caricatures” during the war and was wounded in the head at the Battle of Germantown. Those historians also compared the sketches to Xavier della Gatta’s paintings and an unattributed British cartoon titled A View in America in 1778 that depicts a British Army light infantryman. They immediately saw similarities. But did St. George ever travel to Italy? Did he show Xavier della Gatta his sketches and share his memories of the battles?

By linking the previous scholarship of historians and art historians, while also engaging in primary research, the curatorial department at the Museum of the American Revolution has established a firmer understanding of St. George’s life story, including his travels to Italy in the 1780s, and dug deeper into St. George’s personal relationship with art. Xavier della Gatta’s paintings can now be considered two of 22 known surviving works of art that St. George created, helped created, or posed for. Together, they provide an incredible and personal visual record of one soldier’s journey through the Revolutionary era in America and Ireland.

The Museum of the American Revolution’s special exhibition Cost of Revolution: The Life and Death of an Irish Soldier (September 28, 2019 to March 17, 2020) and this accompanying publication receive their inspiration from this transatlantic detective story. Presented together in the exhibition and publication for the first time, the reunion of the artwork that Richard Mansergh St. George left behind advances the Museum’s effort to contribute new scholarship and present the dynamic, unexpected stories of the people and events of the American Revolution.

Get Read the Revolution features straight to your inbox. 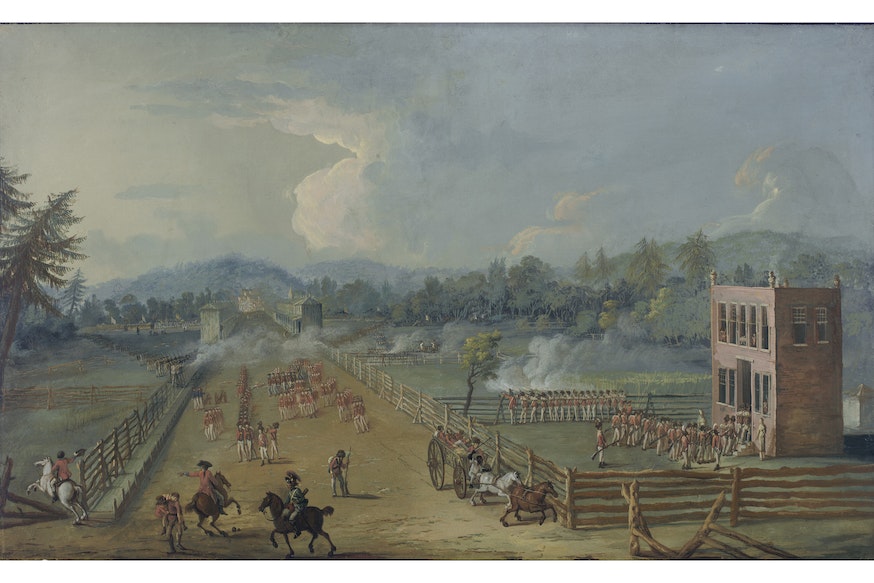 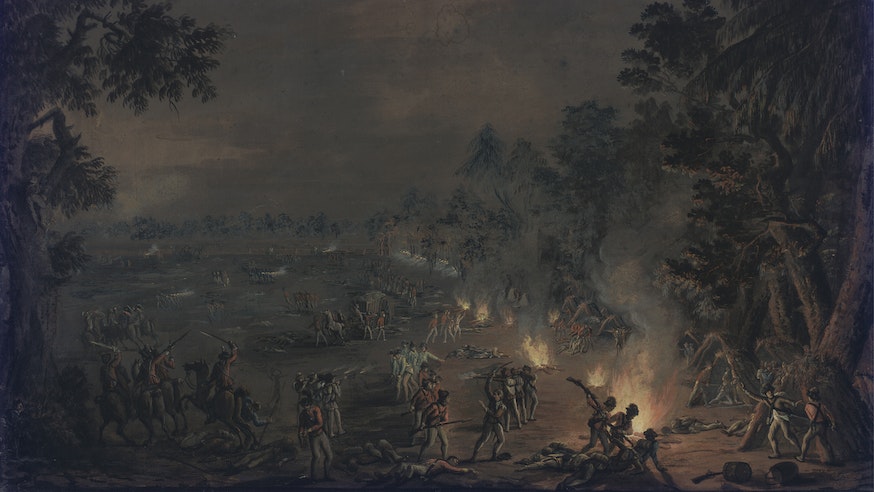