What can a life tell us about an era?

Cost of Revolution: The Life and Death of an Irish Soldier followed the untold story of Irish soldier and artist Richard St. George, whose personal trauma and untimely death provide a window into the entangled histories of the American Revolution of 1776 and the Irish Revolution of 1798. The art he created and commissioned provides a unique perspective of the physical and emotional costs of these revolutionary moments.

Richard St. George joined the British Army and donned a red coat to fight against the American “rebels” in 1776. Over the next twenty years, St. George survived a severe head wound at the Battle of Germantown, mourned over the tragic death of his wife, and saw the rule of kings and of gentlemen like himself violently challenged on two continents. Along the way, he made sketches, published cartoons, and commissioned portraits and paintings to document his experiences and emotions. In 1798, he stood in opposition to the growing Irish Revolution and was killed by his tenants.

As a result of detective work by the Museum’s curators, the art and artifacts from St. George’s life and death were reunited in Philadelphia from Ireland, England, Australia, and the United States to tell the story.

'Irish Soldier’ exhibit has it all: Love. Death. Psychodrama.

The Museum of the American Revolution is uniquely connected to the story of Richard St. George for two reasons. First, the Museum is in Philadelphia, the place where St. George received his life-changing head wound in 1777. Second, the Museum owns two paintings of the battles of Paoli and Germantown, made by Italian artist Xavier della Gatta in 1782, that Richard St. George helped create based on his eyewitness testimony and the sketches he made on campaign in America. St. George had himself depicted in the Germantown painting being carried from the battlefield after his wounding.

Cost of Revolution was the Museum of the American Revolution’s first international loan exhibition. Over 100 artifacts and works of art were on display (some for the first time) from museums and private collectors in Ireland, England, Australia, and the United States. The exhibition included one of the richest collections of artifacts documenting Ireland’s 18th-century revolutionary history and war for independence ever displayed in Philadelphia. British Army weaponry, insignia, portraits, and manuscripts from the American Revolutionary War were also on exhibit. 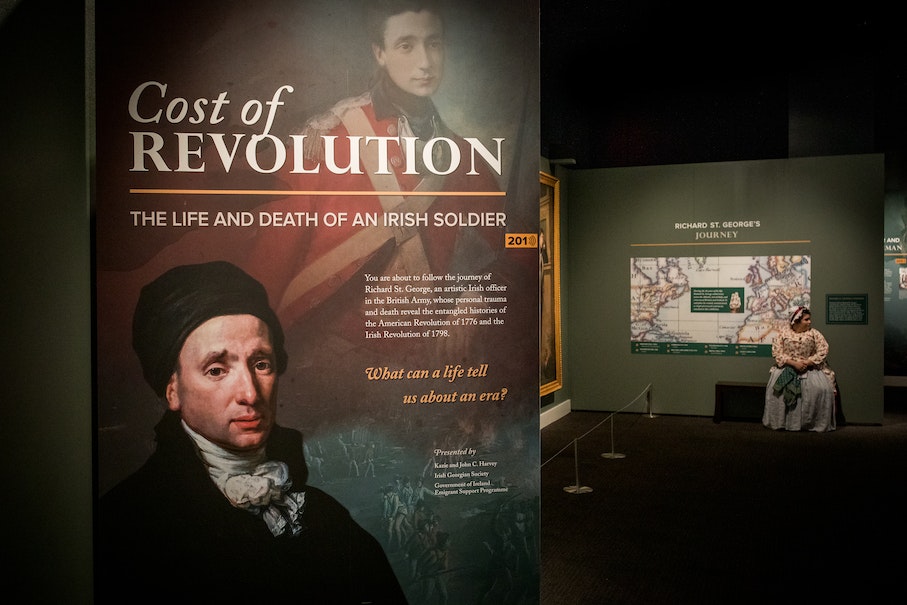 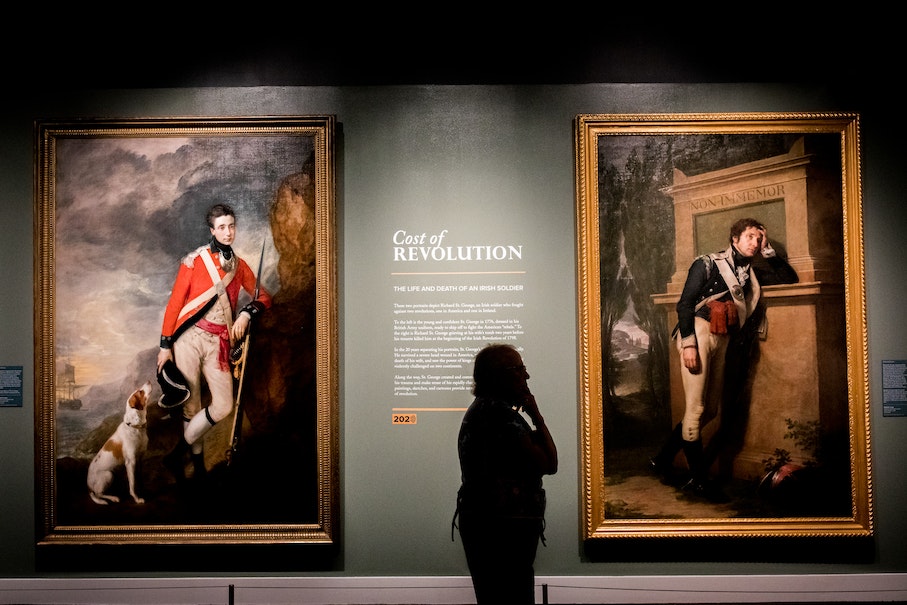 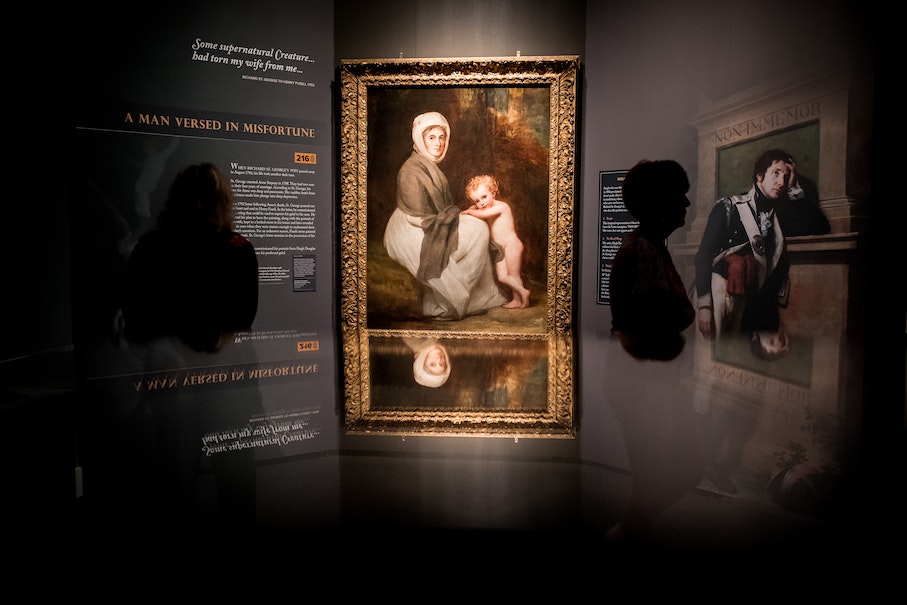 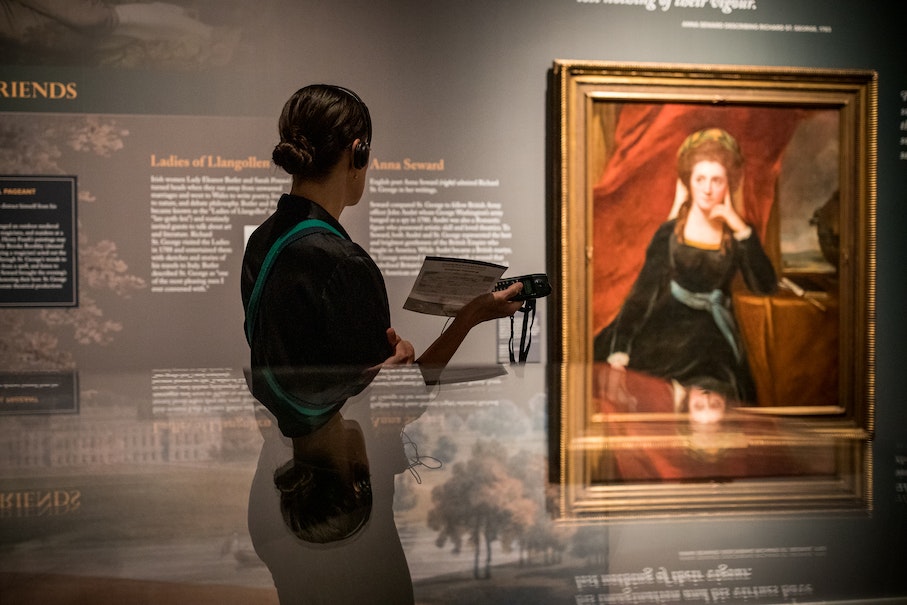 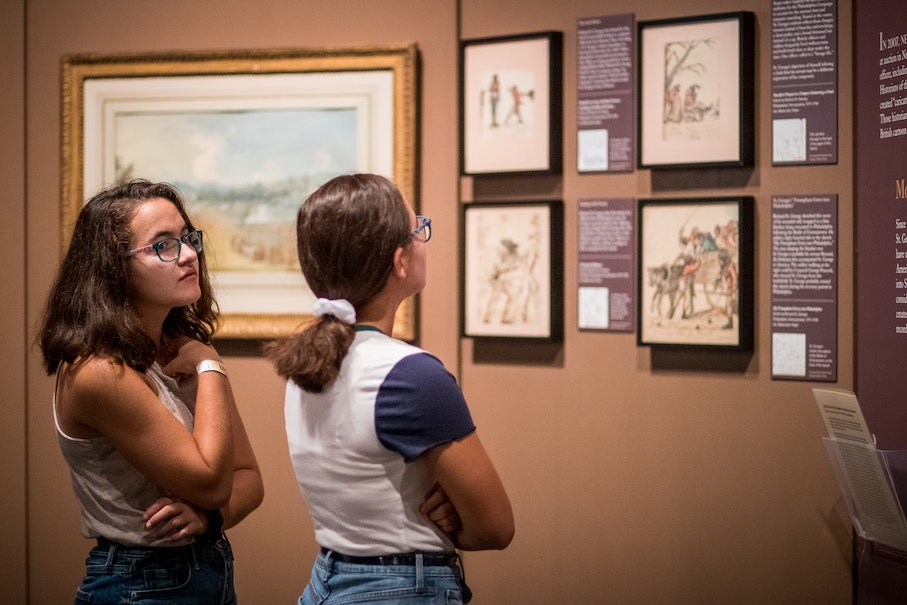 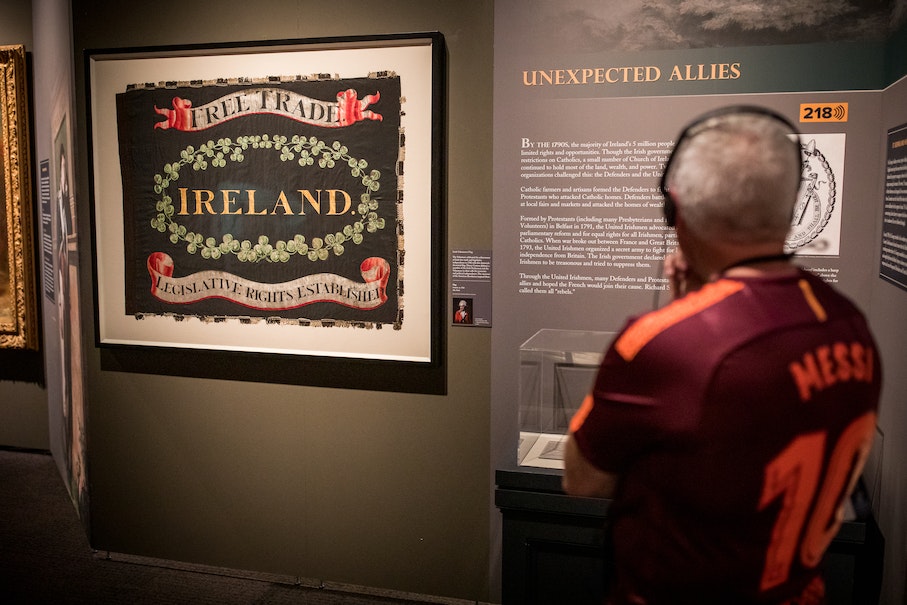 With Special Thanks To: