On the night of September 20-21, 1777, a column of British soldiers launched a surprise attack on Continental Army troops encamped in a field near modern-day Malvern, Pennsylvania. In the ensuing struggle, known as the Battle of Paoli, British light infantrymen and light dragoons inflicted heavy casualties on Pennsylvania Brigadier General Anthony Wayne's fleeing troops. British Army light infantry Lieutenant Richard St. George Mansergh St. George, an Irish artist and veteran of the battle, commissioned this painting by Italian artist Xavier della Gatta in 1782 to remember the violence and trauma he experienced at Paoli. 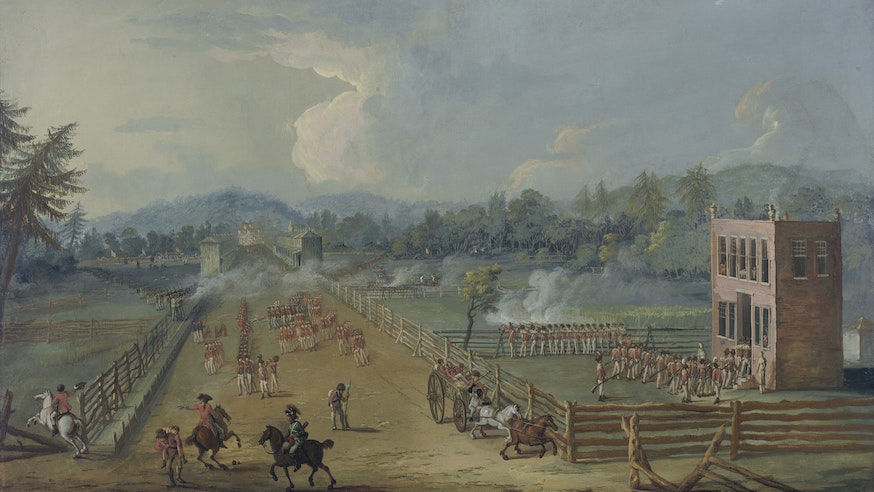 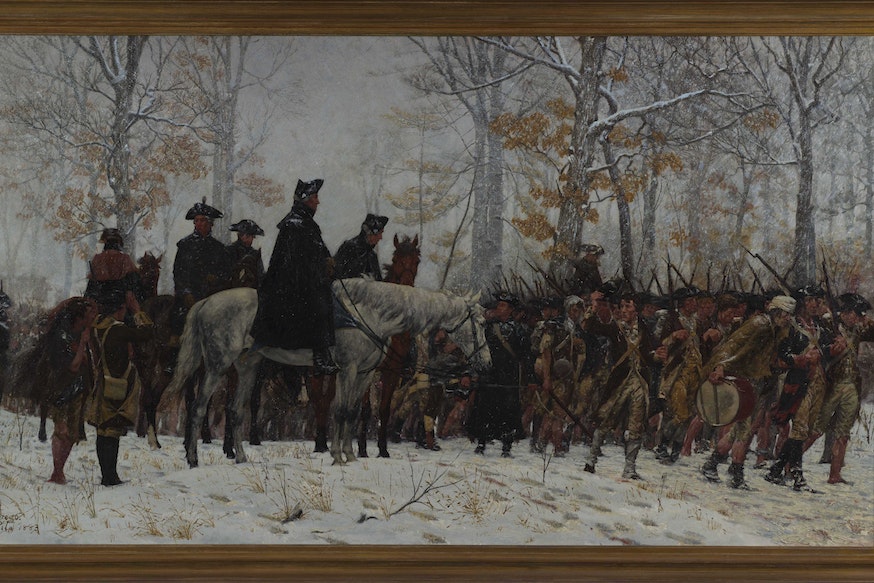 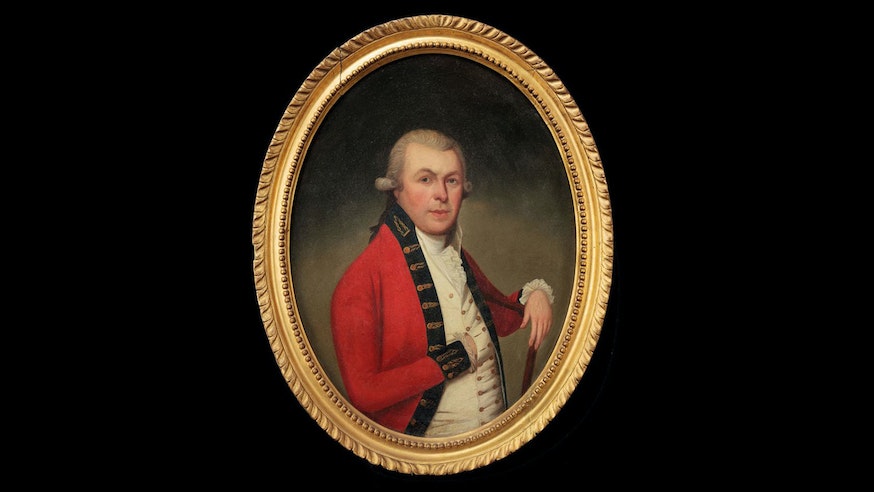