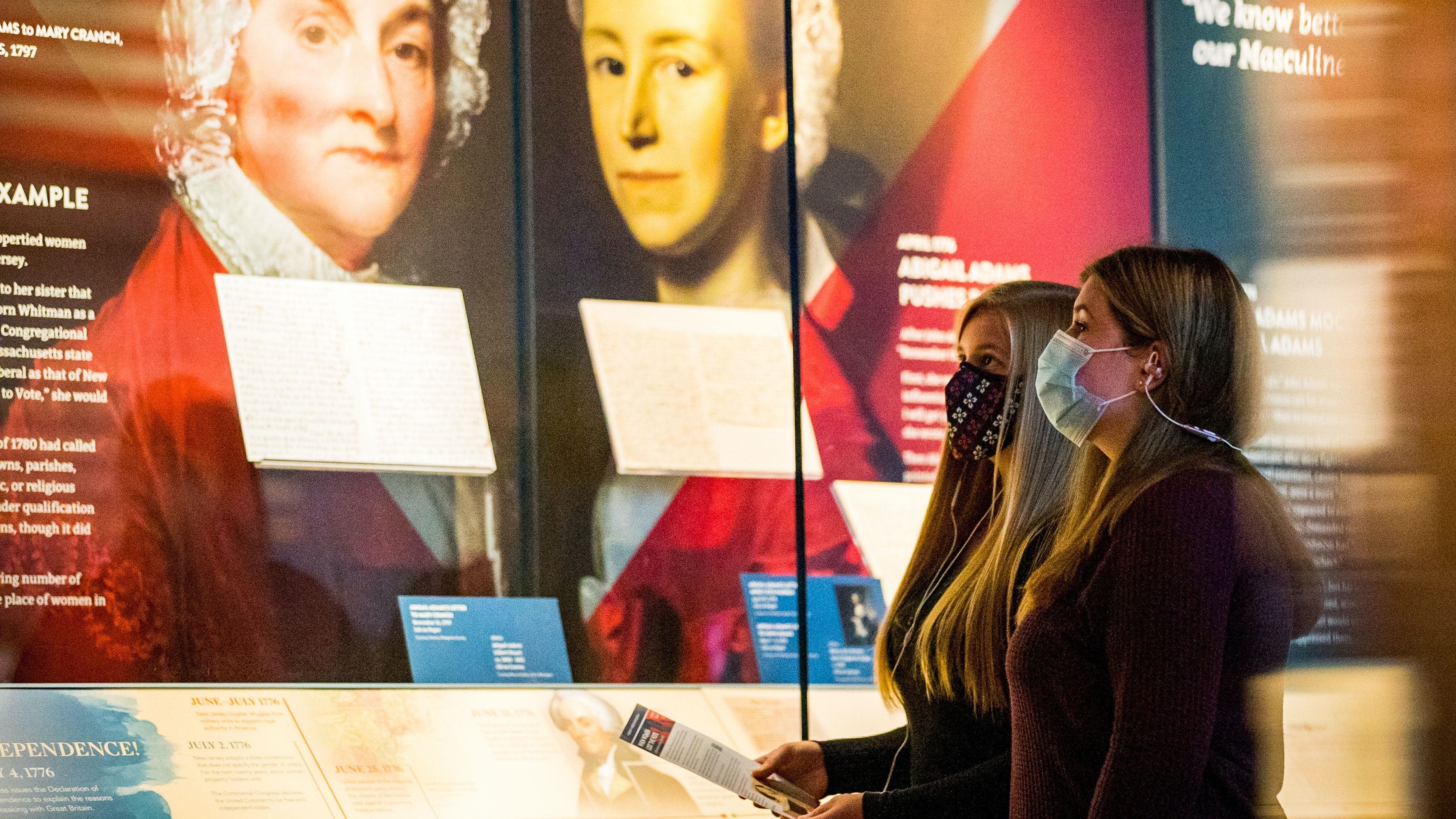 Groundbreaking Special Exhibition is on View Through April 25

Only six weeks remain to experience the Museum of the American Revolution’s groundbreaking special exhibition When Women Lost the Vote: A Revolutionary Story, 1776-1807. The exhibition is on view through Sunday, April 25, 2021, in the Museum’s clean, crowd-free galleries with enhanced health and safety protocols. Integrated within the Museum’s core galleries, it is included with regular admission and connected with a free audio tour.

The “cheekily titled” (New York Times) exhibition explores the “remarkable story” (Philadelphia Inquirer) of women and free people of color legally voting in Revolutionary-era New Jersey – as no book, exhibit, or other medium has before. It also examines the political conflicts that led to their voting rights being stripped away in 1807, and how that earlier Revolutionary fight became a rallying cry as another generation took up the mantle of the suffrage movement decades later. 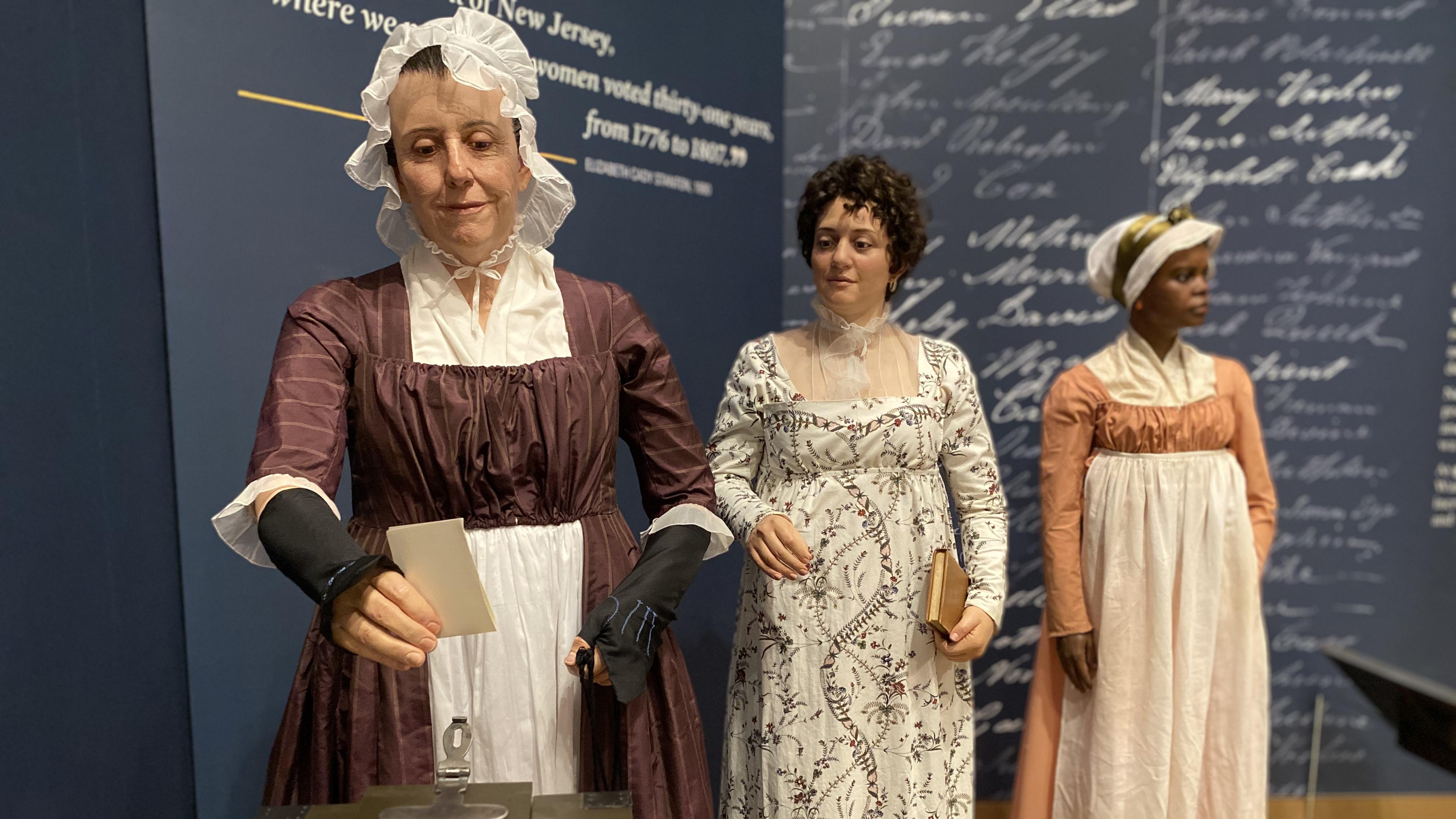 Featuring more than 65 original artifacts including textiles, manuscripts, and works of art, the exhibition brings to life the forgotten stories of the women and people of color who first pioneered the vote. Featured in the exhibition are several recently discovered poll lists that include the names of 163 female voters and four Black male voters, tracked down by the Museum’s curatorial team during an extensive examination of voter records. Prior to this discovery, little proof of women or people of color voting during this period was known to exist.

During the exhibition’s Closing Weekend from Friday, April 23 – Sunday, April 25, visitors can enjoy pop-up talks at the When Women Lost the Vote tableau scene, which depicts three women gathering to vote in New Jersey in 1801. Visitors also can view two filmed theatrical performances that dramatize the experiences of Elizabeth “Mumbet” Freeman, a Massachusetts woman who sued for freedom from enslavement and won, and Rebecca VanDike, a voter in early New Jersey. Families can explore the new exhibition with a printed Family Guide full of games and activities.

The Museum is now open to the public Fridays – Sundays from 10 a.m. – 5 p.m. Beginning April 16, the Museum will be open on a Friday - Monday, 10 a.m. - 5 p.m. schedule. Advanced online ticket purchasing is recommended to guarantee availability. Tickets can be purchased at www.amrevmuseum.org or by calling 215.253.6731. Children ages 5 and under are always free. 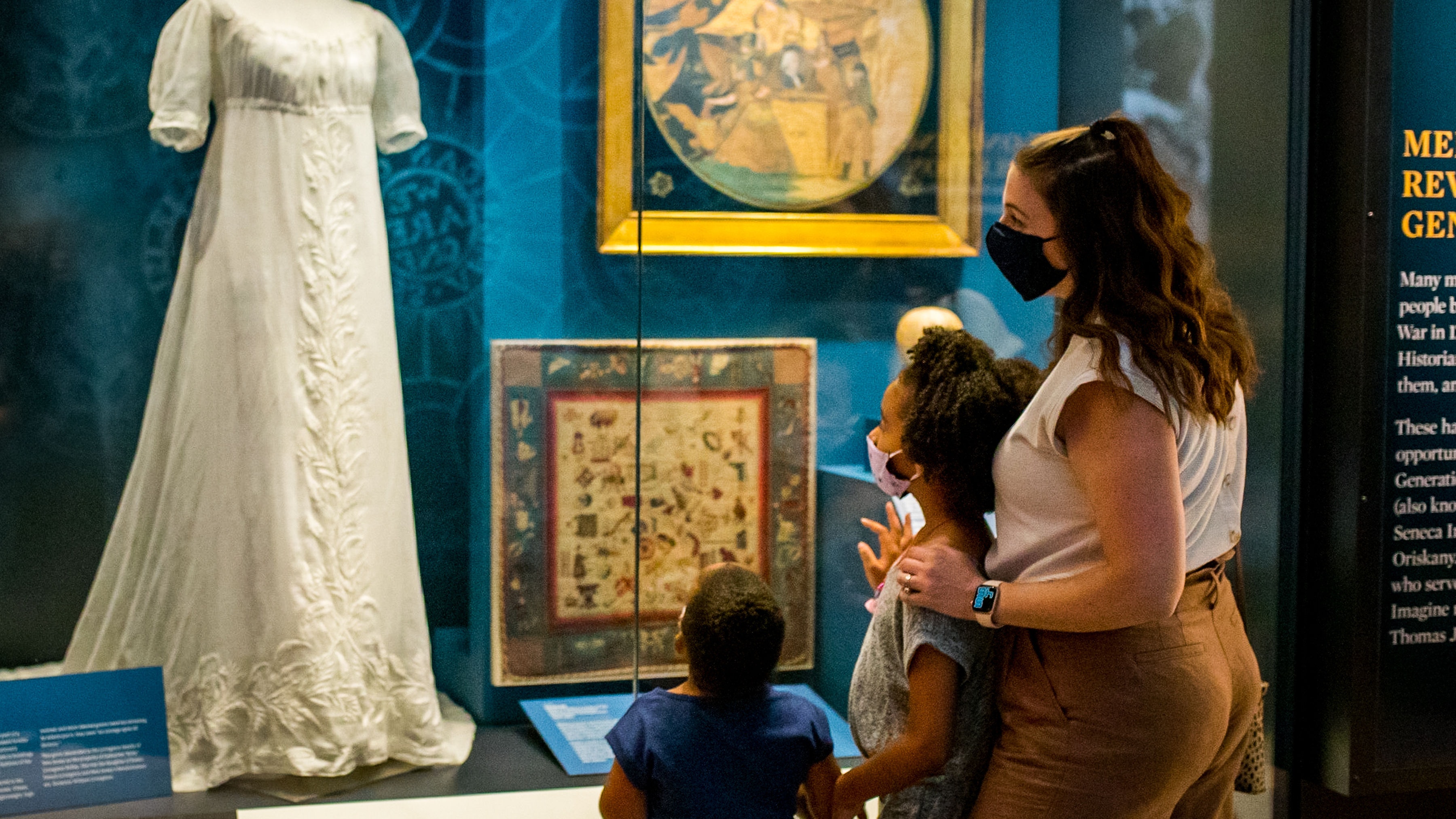 Online Experience
In addition to the in-gallery experience, When Women Lost the Vote is now available to anyone at any time through a robust, free online experience. Virtual visitors can explore this little-known story through interactive elements, videos with historians and curators, and high-resolution images of artifacts, manuscripts, and works of art. A highlight of the virtual exhibit is a poll list interactive that allows users to learn more about the women and people of color whose names appear on poll lists from the early 1800s that were discovered by the Museum’s curatorial team.

Bank of America and Comcast NBCUniversal are presenting sponsors of When Women Lost the Vote: A Revolutionary Story, 1776-1807. Other support was provided by The Pennsylvania Department of Community and Economic Development and the National Society Daughters of the American Revolution. The exhibition was also made possible in part by a major grant from the National Endowment for the Humanities: Exploring the human endeavor.