Richard St. George Mansergh St. George, an Irish veteran of the British Army, sketched this self-portrait as he struggled with the painful effects of a traumatic brain injury that he suffered during the Revolutionary War. St. George survived a fractured skull, likely caused by a musket ball, at the Battle of Germantown in 1777 and lived with a surgically placed silver plate in his head until his death 20 years later. Shown on the left wearing a black silk cap and robe, contemporary observers said that St. George wore this unusual clothing after the war to conceal the scars of his injury. The two demonic figures and the ruins of the building on the right of the self-portrait may reflect what St. George described as the “nightly hallucinations and dreadful visions” that he constantly experienced. St. George signed the back of the sketch, “Richard Mansergh St. George By Himself.” 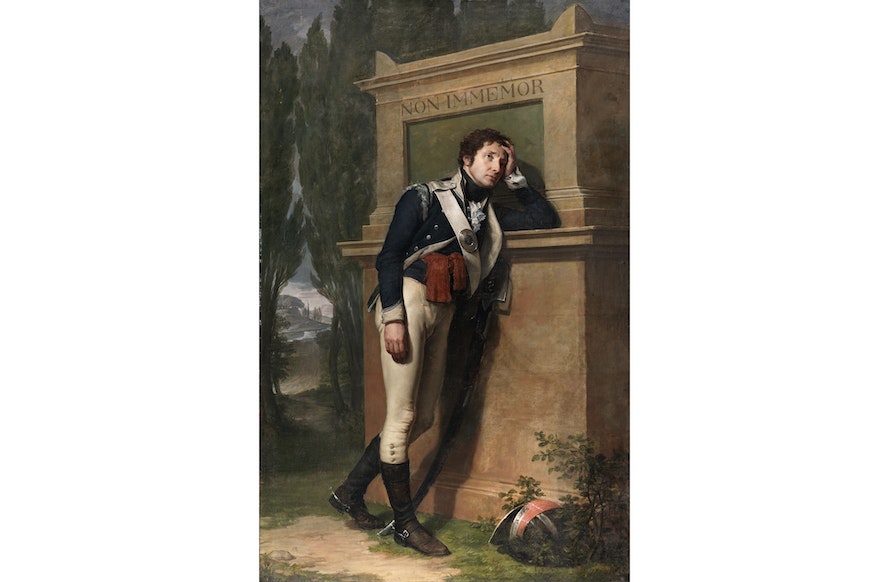