Rifle Made by John Christian Oerter

Moravian gunsmith John Christian Oerter (also known in German as Johann Christian Oerter) made this rifle at his workshop in Pennsylvania’s Lehigh Valley, about 60 miles north of Philadelphia. Settled by German-speaking immigrants in the 1740s, the Lehigh Valley became a rifle-making center long before the Revolutionary War. Oerter added brass inlay to the stock of this rifle to enhance its decoration. Oerter’s name, an abbreviation of Christian’s Spring, and the year he made the rifle is engraved on the top of the barrel: “C. OERTER. C. SP. 1774.” Riflemen from Virginia, Maryland, and Pennsylvania joined the newly formed Continental Army in 1775 armed with highly accurate rifles like this one. John Adams described these men as “the most accurate Marksmen in the World.”

FAQ: Is this the Oerter rifle that was stolen then recovered by the FBI? No. A different rifle made by John Christian Oerter was recovered by the FBI. Read more about the stolen rifle from the New York Times. 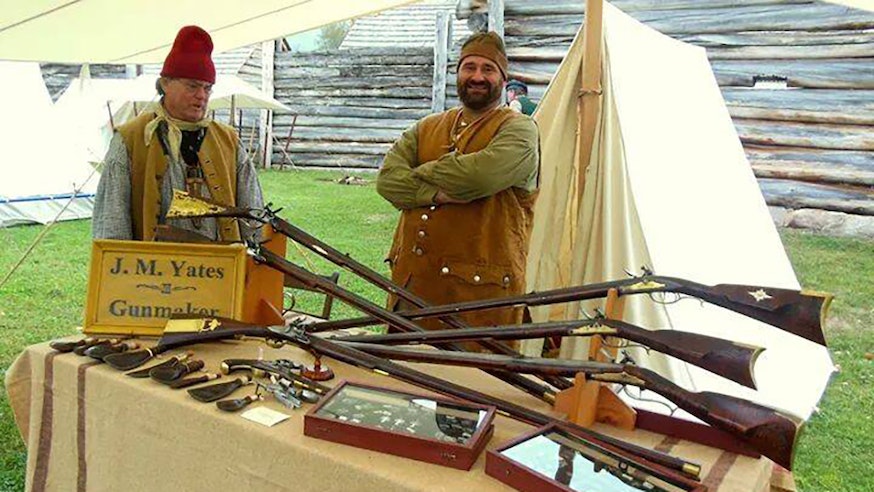