On the left is a rare French presentation sword from the period of the American Revolution that bears the inscription “Ex Dono Regis” (Given by the King) on its gilded blade. The chiseled steel hilt is overlaid in gold with the royal arms of France, the royal monogram, and a silver-gilt medallion portrait of King Louis XVI. The military trophies incorporated into its design suggest that it was awarded for bravery. On the right is a finely decorated English sword, with cast and chased military trophies on the shells of its silver hilt, that bears the motto “Ne me tire pas sans raison, Ne me remette point sans honneur” (Draw me not without reason, Sheath me not without honor) on its blade. It is of a common form widely used by military officers in the British and American armies of 1775-83. 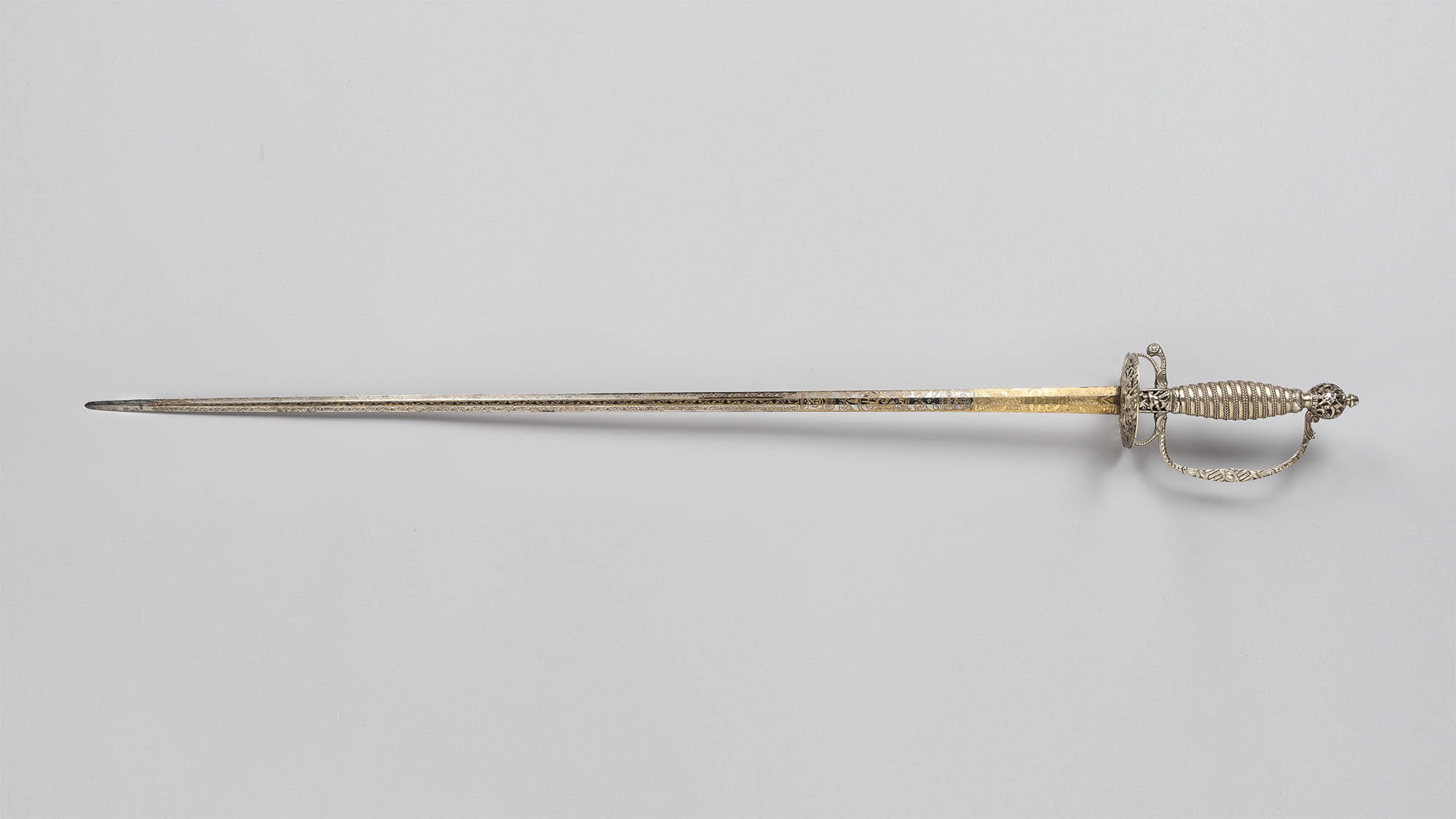 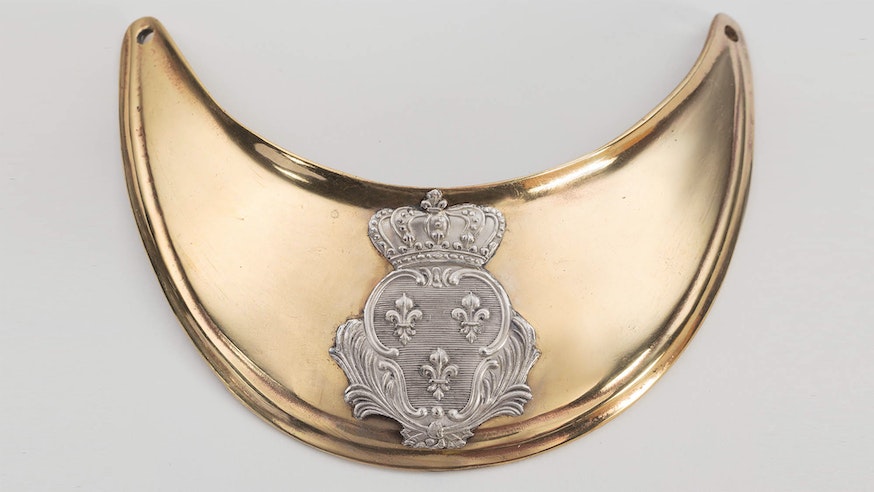 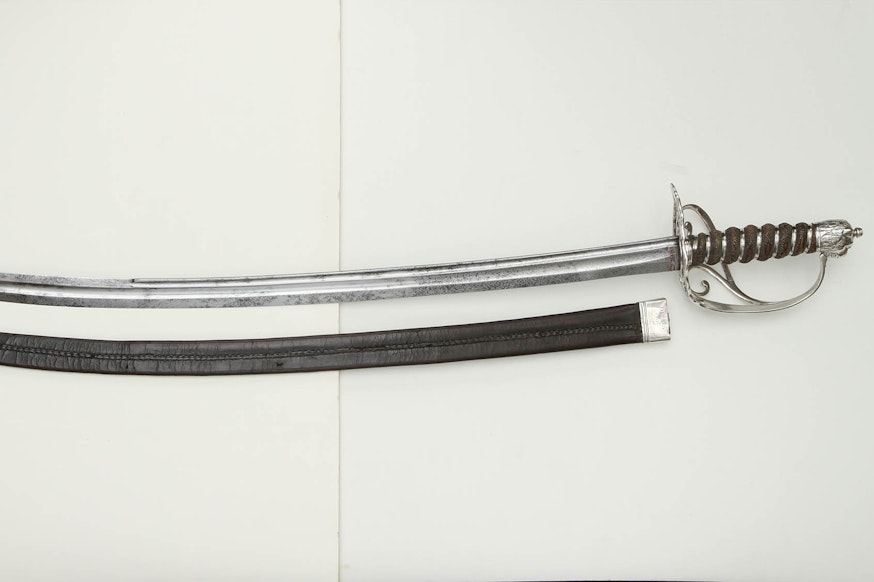 Made in London, this officer’s saber features a long, single-edged blade used for slashing.
See Object 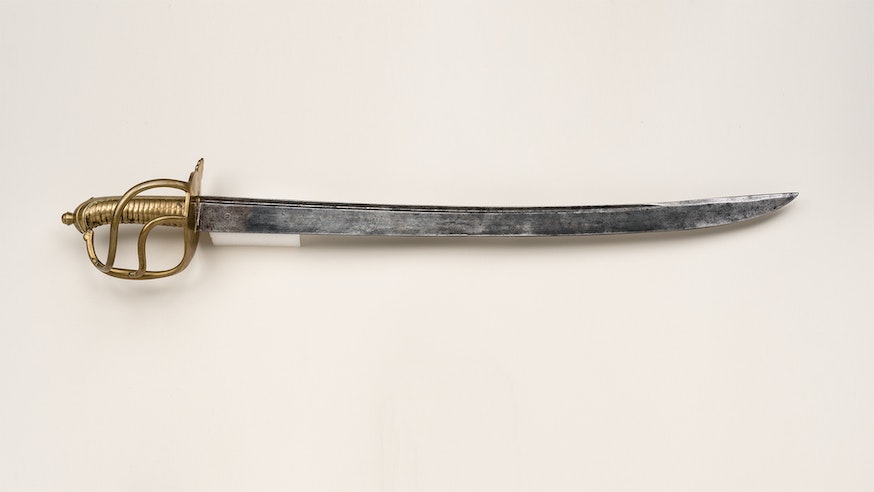