After a daring Christmas night crossing of the Delaware River north of Trenton, New Jersey, General George Washington’s army marched through snow, sleet, and wind. The Hessian garrison at Trenton was their target on the morning of Dec. 26. Washington ordered the verbal sign and countersign for his army during the secret operation to be “victory or death.”

The "Victory or Death, Advance on Trenton" painting, painted by nationally renowned historical artist Don Troiani and was on display in our Liberty: Don Troiani's Paintings of the Revolutionary War special exhibition, captures the moment the Continental Army reached the outskirts of the town. 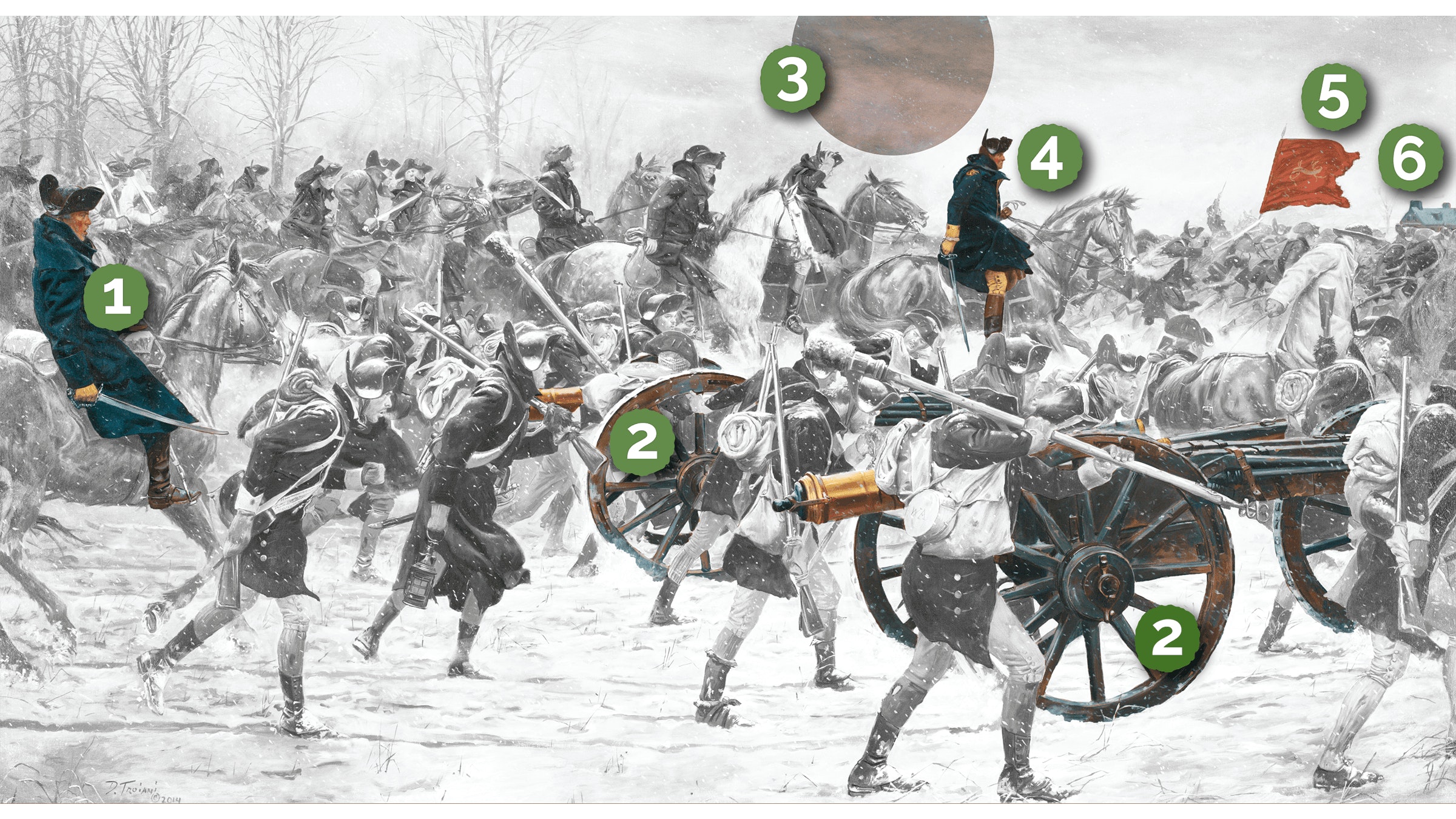 Only 19 years old, Captain Alexander Hamilton crossed the Delaware River and rode into Trenton with Washington’s army. He led a company of about 30 New York artillerymen into battle on the morning of Dec. 26.

The two bronze six-pound cannons that Captain Hamilton commanded were among the 18 pieces of artillery that the Revolutionaries deployed against the Hessians at Trenton. The overwhelming fire of the artillery prevented the Hessians from mounting attacks, which helped to turn the tide of the battle in favor of the Americans.

A nor’easter snowstorm almost ruined General Washington’s plan to attack the Hessians at Trenton. The army marched slowly through icy mud and snow while a sharp, cold wind cut through their clothing. The air temperature hovered around 32 degrees. At an average pace of barely over two miles per hour, the 10-mile march took about four hours to complete.

After a while it rained, hailed, snowed, and froze, and at the same time blew a perfect hurricane.

General Washington led the Continental Army in a two-pronged attack at Trenton. He accompanied the division that attacked the town from the north. Washington praised his troops for their “great firmness, perseverance & bravery” during the difficult march.

The red flag that Don Troiani painted into the scene is based on the original flag of the 8th Virginia Regiment, shown below and on display in the exhibit. Five regiments of Virginia troops (not including the 8th), totaling about 900 soldiers, marched to Trenton. 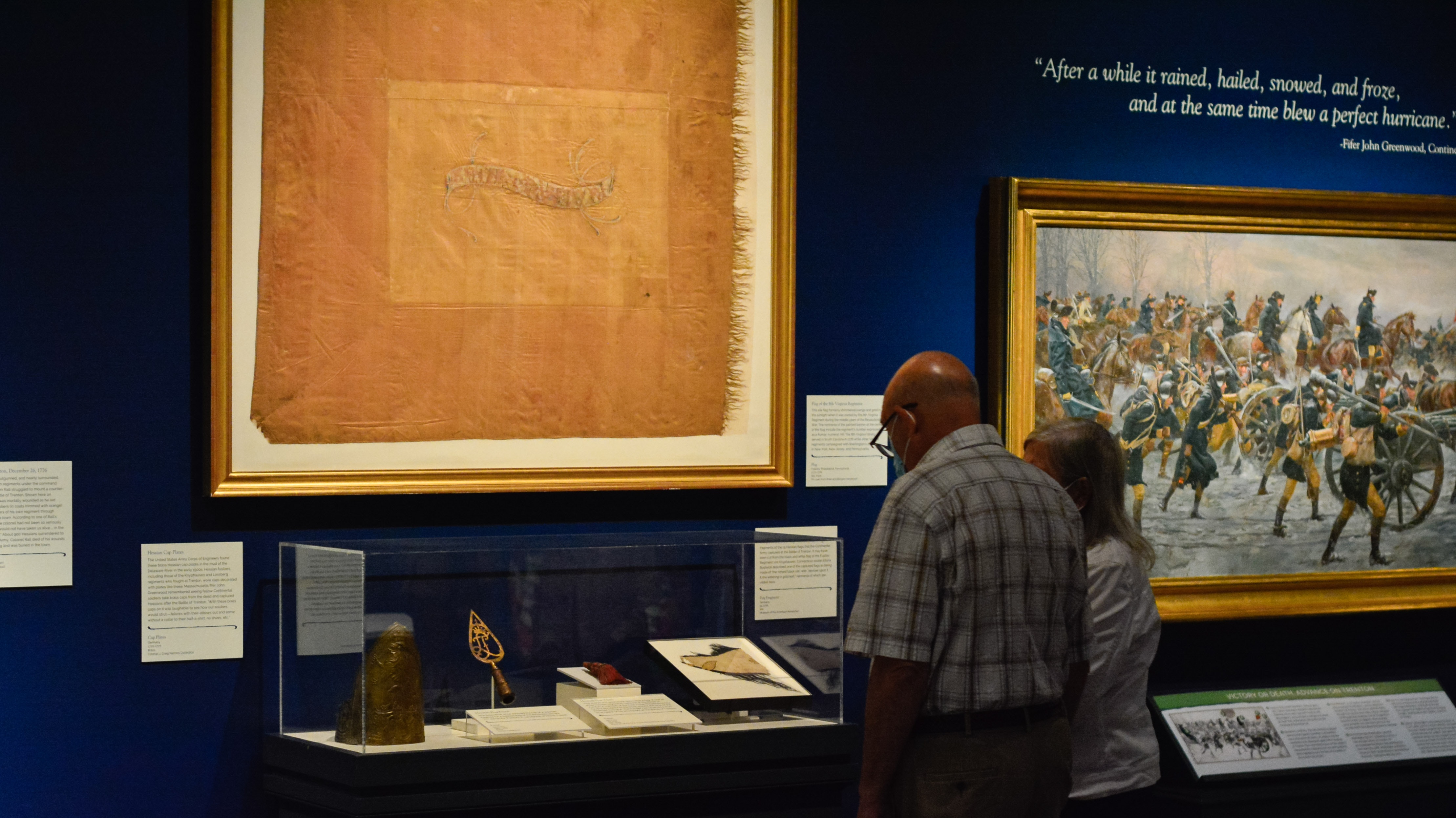 Flag on loan from Brian and Barbara Hendelson

The silk flag above, on loan from Brian and Barbara Hendelson, formerly shimmered orange and gold in the sunlight when it was carried by the 8th Virginia Regiment during the middle years of the Revolutionary War. The remnants of the painted banner at the center of the flag include the regiment's number expressed as a Roman numeral: VIII. The 8th Virginia initially served in South Carolina in 1776 while other Virginia regiments campaigned with Washington’s main army in New York, New Jersey, and Pennsylvania.

Washington’s army began its attack at 8 a.m., after sunrise. Hessian sentries surrounding the town, which contained about 100 houses and a stone barracks for soldiers, fired upon the American troops as they charged forward through the snow and sleet. The three Hessian regiments tried to form up in the town’s streets, but the Continental Army forced the Hessians to retreat into a field where most of them surrendered. 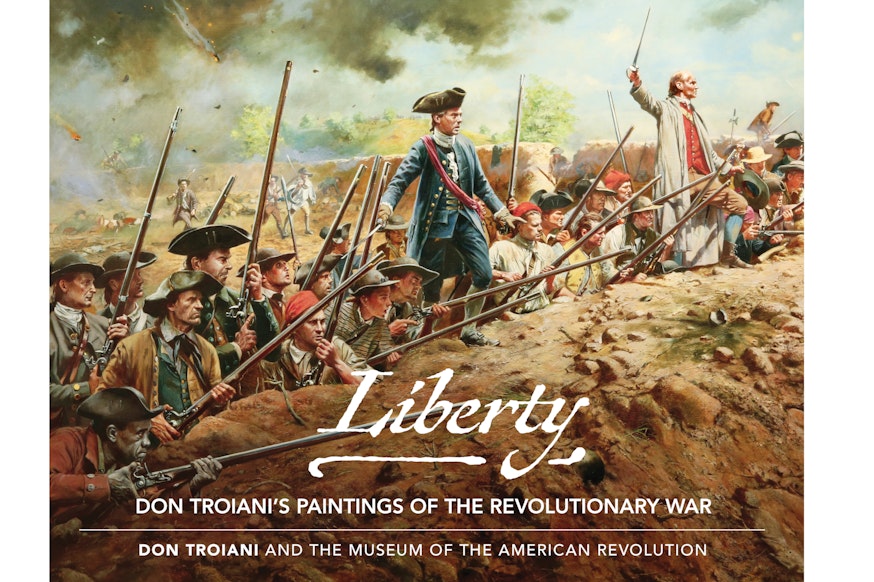 Read an excerpt from Don Troiani and the Museum's book Liberty: Don Troiani's Paintings of the Revolutionary War, which accompanies the exhibit of the same name.
Read More 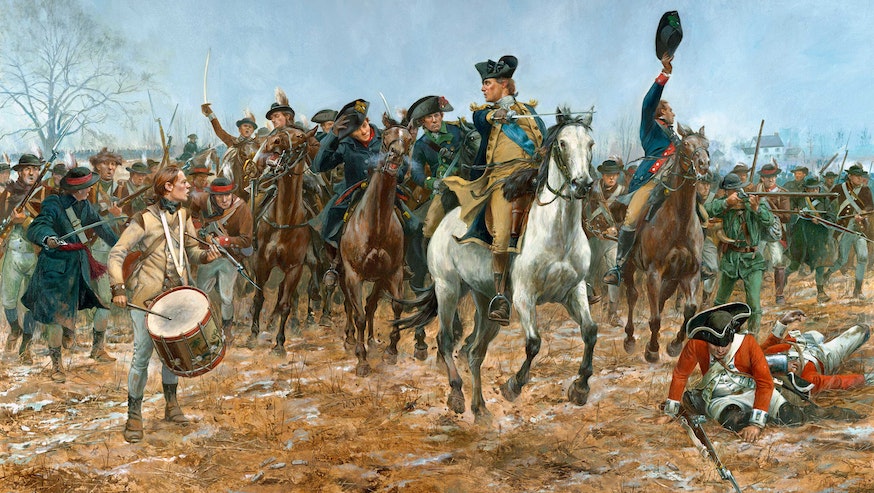 Using paintings by artist Don Troiani of the Battles of Trenton and Princeton, complete a scavenger hunt about objects and people from the 10 Crucial Days.
Read More