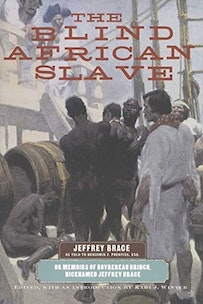 The Blind African Slave: Memoirs of Boyrereau Brinch, Nicknamed Jeffrey Brace by Jeffrey Brace as told to Benjamin F. Prentiss, Esq. (1810) and edited and with an introduction by Kari J. Winter (2004)

Purchase the book from the University of Wisconsin Press.

In his rare and powerful personal memoir, Jeffrey Brace (1742-1827), an enslaved man who won his freedom through more than five years of service during the Revolutionary War, recounts his harrowing journey from enslavement to free farmer to abolitionist. As told in his late 60s to Benjamin F. Prentiss, a white antislavery lawyer in St. Albans, Vermont, Brace’s memoir was first published as The Blind African Slave, Or Memoirs of Boyrereau Brinch, Nicknamed Jeffrey Brace in 1810. Historian and author Dr. Kari J. Winter brought this important work back into the public consciousness when she edited and republished this memoir nearly two centuries later.

Read excerpts as Winter introduces Brace’s purpose for writing his memoir in his own words and learn about his military service and his continued fight for freedom after the Revolutionary War.

In contrast to his relatively serious treatment of the Seven Years War, Brace’s representation of the Revolution is notably irreverent, often comic, and sometimes satirical. His memoir achieves one of its greatest moments of rhetorical credibility when he describes an occasion when he lied successfully to his commanding officer, Colonel Return Jonathan Meigs. Brace recalls that a group of soldiers led by Samuel Shaw, “a brave soldier but as complete a petty thief as ever graced a camp,” stole a pig from a Tory farmer. [...] Shaw and his buddies brought the stolen pig back to camp, and the Tory farmer came looking for it, furious about the theft. Col. Meigs questioned the troops to find out how they obtained the pig. Brace claimed that the owner had brought it for sale but the soldiers suspected him of being a Tory spy and so they determined to keep the pig until the officers could question him. He relates: “My fellow soldiers were glad of the opportunity of confirming the truth of my assertion—which. . . completely satisfied the Col. of our innocence” (chapter 8). This story reveals Brace’s wit and effectiveness as a storyteller while also illuminating the sense of camaraderie and empowerment he found as a soldier in his unit.

Several decades after the war, a Captain Jonathan Brooks, who knew Brace in Woodbury, recalled that Brace served two tours of duty, one for eight months and another for eighteen months, after which he returned to Woodbury and “challenged [for] his freedom.” Although many inhabitants of Woodbury “were in favor of Jeffery[,] his master contended that he was still his slave.” To obtain his freedom, Brace decided to re-enlist and to fight for the duration of the war (Seth Wetmore to Samuel C. Crafts, 28 Dec. 1819; see appendix B), Brace does not mention this conflict with Benjamin Stiles in his memoir, nor does he mention that in the summer of 1783 he was given an honorable discharge with a badge of merit. He tells us that his leg was wounded during one battle and part of one finger was chopped off by a British soldier whom he afterwards killed. We learn from Samuel C. Booge, a lieutenant who knew him, that “Jeffery Brace was a faithful Soldier and . . . there was no better Soldier in the Army” (Sworn deposition of April 4, 1818).

After the war, Brace returned to Woodbury, Connecticut, where he lived with his former master, Benjamin Stiles, for one year. He tells us that after this year Stiles “consented that I might go where I pleased and seek my fortune” (chapter 5). He does not mention Stiles’s earlier unwillingness to manumit him. Stiles had little choice but to consent for three reasons: Brace had been legally manumitted as a result of his military service, many inhabitants of Woodbury supported his cause, and the State of Connecticut had passed (in 1784) an act for gradual emancipation. Brace contemplated the economic options available to an African man in New England, and like hundreds of white folk from Connecticut, he chose to head for Vermont, having heard “flattering accounts of the new state” (chapter 9). The “flattering accounts” included the fact that Vermont was the first state to abolish slavery.

Although Prentiss owned the copyright as “author,” Brace hoped to gain some royalties from sales of the book. He explains his determination to narrate his story as arising primarily out of his sense of “my duty to myself, to all Africans, who can read, to the Church, in short to all mankind, to this publish these my Memoirs, that all may see how poor Africans have been and perhaps now are abused by a christian and enlightened people. Being old and blind, almost destitute of property, it may bring me something to make me comfortable in my declining days, but above all, it is my anxious wish that this simple narrative may be the means of opening the hearts of those who hold slaves and move them to consent to give them that freedom which they themselves enjoy, and which all mankind have an equal right to possess (chapter 11). The hasty disappearance of The Blind African Slave most likely left Brace disappointed both in his hope of gaining material comfort from book sales, but his influence on history may be glimpsed in the fact that through storytelling and moral suasion he helped shape the political climate of Vermont, which by the mid-nineteenth century became “the most antislavery state in the Union” (Roth 291).

Our knowledge of history and our understanding of ourselves are shaped as much by omission and erasure as they are by the stories told to us. Like Equiano, Brace became, against his will, a quintessentially modern man, a displaced person who was routed through and grew roots in Africa, the West Indies, and New England. Jeffrey Brace and Susannah Dublin were among Vermont’s earliest, most cosmopolitan, and most extraordinary non-Indian settlers, and they bequeathed the world a prolific line of descendants, many of whom still live in St. Albans and the surrounding stretches of northern Vermont. In the nineteenth century the Brace family of St. Albans included farmers, laborers, craftsmen, and at least one fiddler. Peter Brace (1848-1913) follow in his great grandfather’s footsteps by joining the Company E. 54, Massachusetts Infantry, the black Civil War regiment celebrated in the Hollywood film Glory. The book left to us by Jeffrey Brace and Benjamin Prentiss offers us the possibility of reclaiming a muted legacy of Africans, West Indians, and Americans. It is my hope that this new edition of The Blind African Slave will write Jeffrey Brace back into history and uproot some of our former certainties about slavery, social history, and American literature. 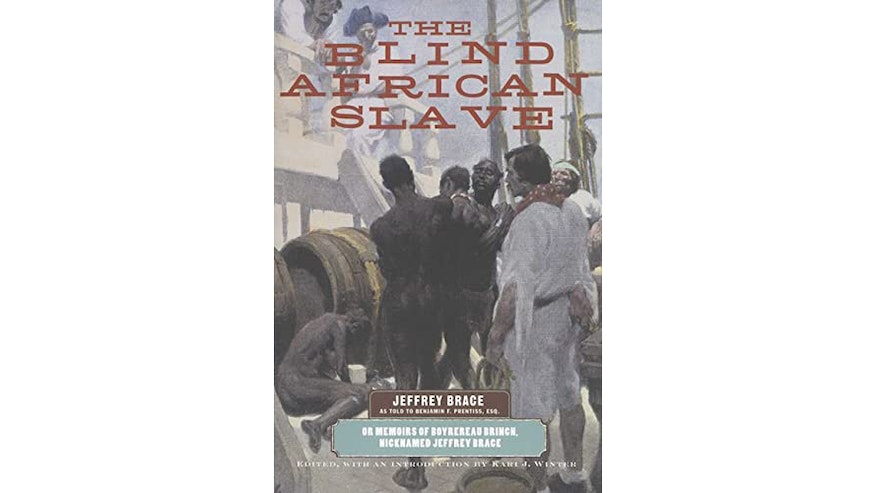 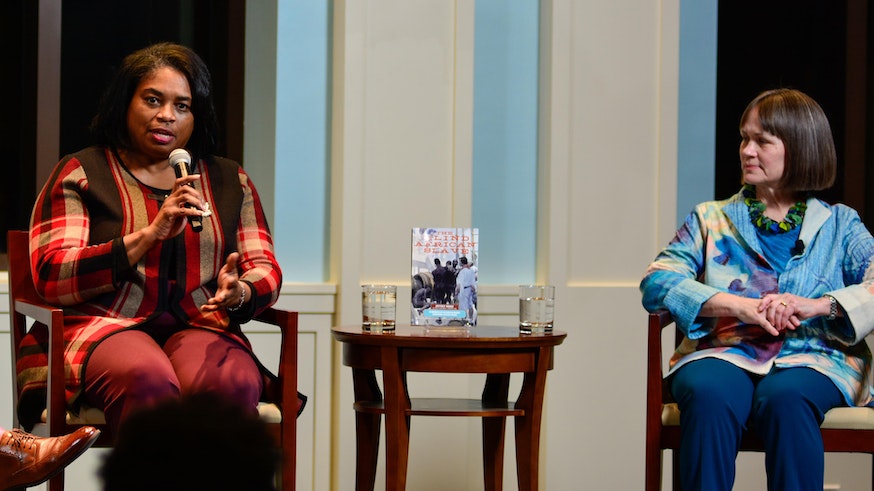