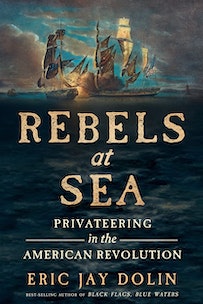 Rebels at Sea: Privateering in the American Revolution

Throughout “civic season” — spanning Flag Day, Juneteenth, and Independence Day — we’re displaying the True Colours Flag Project, a collection of hand-sewn international flags fit for the Museum’s replica privateer ship. What political reasons did private vessels known as privateers have to set sail under the Revolutionary cause, and how did they use flags to identify friends (and foes) at sea?

In his new book, Rebels at Sea: Privateering in the American Revolution, best-selling author and historian Eric Jay Dolin presents the nearly 2,000 privateers, mostly refitted private merchant ships, who were granted government permission to seize some 1,800 British ships during the Revolutionary War. At a time when the young United States Navy included about 60 vessels, their service was critical to the war’s success. Dolin shows that privateers diverted critical British resources to protect their shipping, played a key role in securing France as an ally, and provided essential supplies. The thousands of men who owned the ships, their captains, and their crews were entrepreneurs who worked freelance for American victory. Among tales of daring maneuvers and deadly encounters, Dolin features sailors like James Forten, who signed on to the 450-ton Pennsylvania privateer Royal Louis, captained by Stephen Decatur Sr. Forten later became a Black abolitionist and successful entrepreneur in Philadelphia. His story is told in context alongside other U.S. Navy efforts during the Revolutionary War, including those led by John Barry, John Paul Jones, Lambert Wyckes, and Gustavus Conyngham.

Read an excerpt from Chapter 4: A Privateersman’s Life to imagine how wartime tactics played out quickly on and below deck.

Follow the process of recreating and the history behind the flags flown by 18th-century ships during the Revolutionary War as well as General George Washington's headquarters flag. Learn More

The captain was the ultimate authority on a privateer. This was no pirate ship where the crewmen voted their leader in or out. When a vessel was sighted, the captain had to decide whether or not to pursue it. The decision was easy to make when a large British warship was in view. The only rational thing to do in this instance was flee, because even a large privateer would not have a chance against such a ship. There were, however, a few smaller British warships that American privateers did engage and capture. Nevertheless, the main targets of privateers were merchantment and military supply ships. Deciding whether to attack these sorts of vessels was often a harder decision, requiring skill at reading the signs.

The first task was to size up the potential prize. Merchantment and supply ships were often formidable, bristling with cannons. If the vessel looked too imposing, the privateer would give it a pass. But if it was a manageable size, the next step was making sure it was a British ship, or a ship from a neutral country that was supplying the British, which was also an allowable target. This was not always straightforward. Many ships carried multiple flags from different nations, using htem to throw off potential enemies — the ruse de guerre, or flying of flase flags. American privateers relied on the same tactic, often raising the British colors to lure ships in and then, when in firing range, hauling down the Union Jack and replacing it with an American flag — required before engaging with the enemy, according to international law, as to leave no doubt about the vessel’s true identity. On more than one occasion, two American privateers, both engaging in such deception, began firing on each other before realizing their mistake.

The best means of determining if a vessel was a potential prize was to get close enough to ask for identification, typically using a speaking trumpet. If the answer raised suspicions, the privateer would likely ask the captain or crew to take down the vessel’s colors and then prepare for boarding so the truth could be discerned. By the same token, if the answer made clear that the vessel was fair game, the privateer would order those on board to surrender. If the Americans were lucky, they would immediately do so. If there was any hesitation or aggressive action, the fight was on.

Some privateering captains relied on cunning rather than arms. In the summer of 1776, the Philadelphia privateer Hancock was cruising the tropics when it encountered the Britsh merchantmen Reward, which had just left Tortola and was bound for London. The 115-ton Hancock was dwarfed by the 600-ton Reward, and with only 12 cannons on board, the former had two fewer than the latter. But the Hancock’s captain, Wingate Newman, wasn’t interested in a fight. Instead, he hoped to deceive. He had a British flag fluttering atop the mainmast and, to further allay the British captain’s concerns, put out a light indicating that he was in need of a pilot.

It worked. As the New-England Chronicle later reported, “the captain of the [British ship]... taking the Hancock to be one of the Tyrant’s pilferers was very much rejoiced to fall in with her.” Since dusk was fast approaching, however, the British captian decided to wait until morning to lend a hand. When morning came, he invited Newman to come on board the Reward and share breakfast with him. Newman demurred, claiming that his hands were too few and most of them sick, making it difficult even to man a boat to take him over. In a courteous move, Newman invited the British captain and some of his crew to join him on the Hancock for a friendly repast. The British captain and twelve of his men climbed aboard the American privateer and were subdued in short order. Not a shot was fired. Newman sent twelve of his own men to the Reward, and the ruse was complete. The Reward was now Newman’s prize, and it was quite a catch, carrying in its hold roughly a thousand hogsheads of sugar, a considerable amount of cotton, and a few cannons. But the most interesting items in the cargo were the large turtles intended for Prime Minister Lord Noth. So that there would be no mistake as to the intended recipient of these chelonian gifts, each turtle’s shell had been inscribed with the minister’s name.

Despite the evidence to the contrary, many authors and historians over the years have claimed that privateers rarely fought, and in fact shied away from fighting. While capturing a prize in a bloodless manner was the preferred and most prudent course, it is not true that privateers were averse to fighting or that fights were rare. There are many accounts of privateers battling heroically, their crews sustaining numerous wounded and dead. Jonathan Haraden’s career offers a series of examples, and another is provided by Wingate Newman during a cruise of the Newburyport privateer Vengeance. 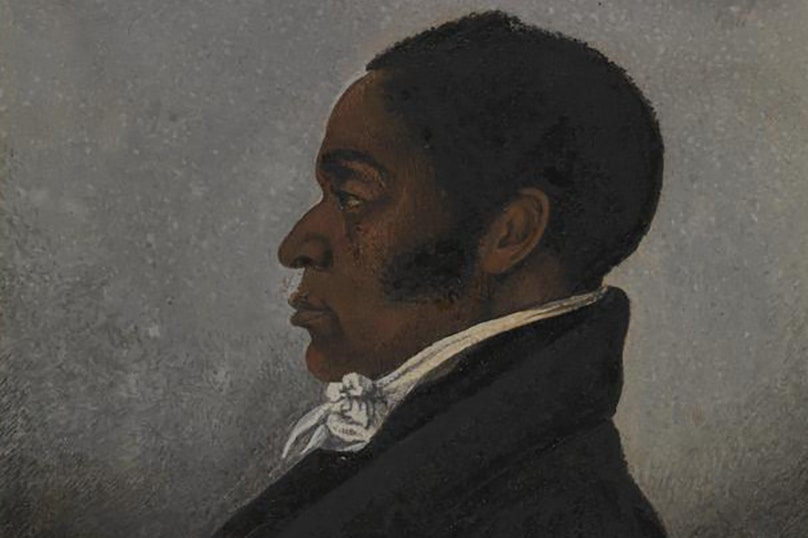 February 11-November 26, 2023
In the upcoming 2023 special exhibition Black Founders: The Forten Family of Philadelphia, the Museum will introduce visitors to Forten and his descendants as they navigated the American Revolution and cross-racial relationships in Philadelphia to later become leaders in the abolition movement in the lead-up to the Civil War.
Explore Exhibit 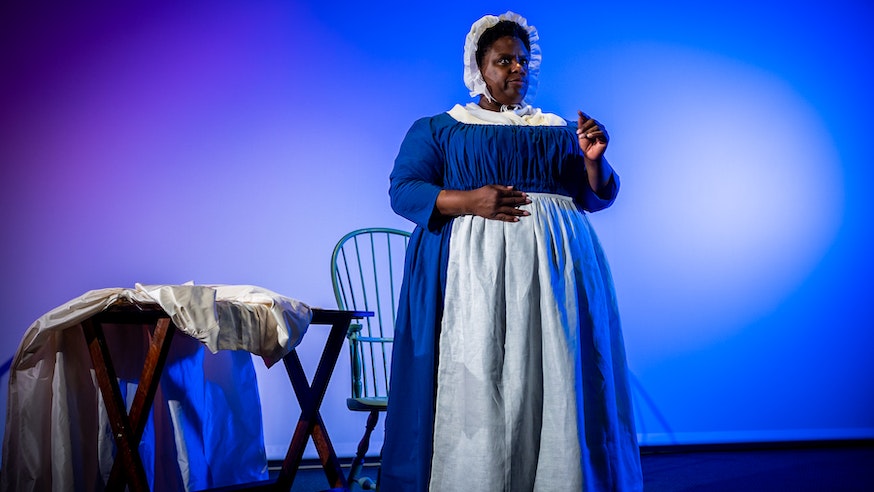