When James Forten walked the streets of 1770s Philadelphia as a young man, he was surrounded by the sights and sounds of transformation. He heard the words of the Declaration of Independence read aloud for the first time in 1776 before setting sail to fight for independence in 1781. Born a free person of African descent, Forten built upon his coming-of-age in a revolutionary city and his wartime experience to forge himself into a changemaker in Philadelphia and the young United States, becoming a successful businessman, philanthropist, and stalwart abolitionist.

In the upcoming 2023 special exhibition Black Founders: The Forten Family of Philadelphia, the Museum will introduce visitors to Forten and his descendants as they navigated the American Revolution and cross-racial relationships in Philadelphia to become leaders in the abolition movement in the lead-up to the Civil War and the women's suffrage movement. Using objects, documents, and immersive environments, Black Founders: The Forten Family of Philadelphia will explore the Forten family’s roles in the Revolutionary War, business in Philadelphia, and abolition and voting rights from 1776 to 1876.

The unique journey and exceptional story of this family of Revolutionaries explores the legacy of the American Revolution, the history of the American experiment of liberty, equality, and self-government, and the ongoing work to improve the nation’s dedication to the principle that “all men are created equal.”

Key Artifacts in the Exhibit 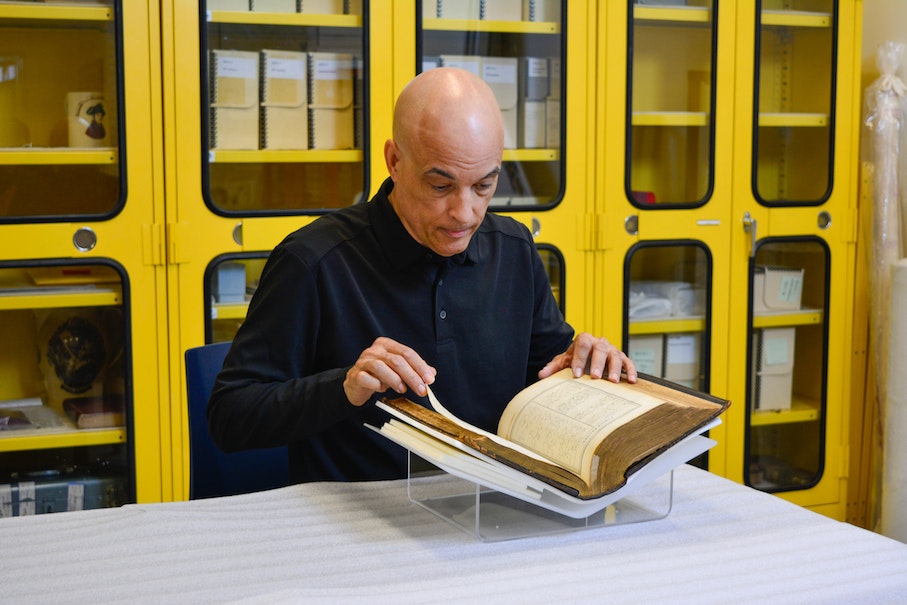 1/7
Atwood "Kip" Forten Jacobs, descendant of James Forten, views the Forten family Bible, which will be on display. Museum of the American Revolution 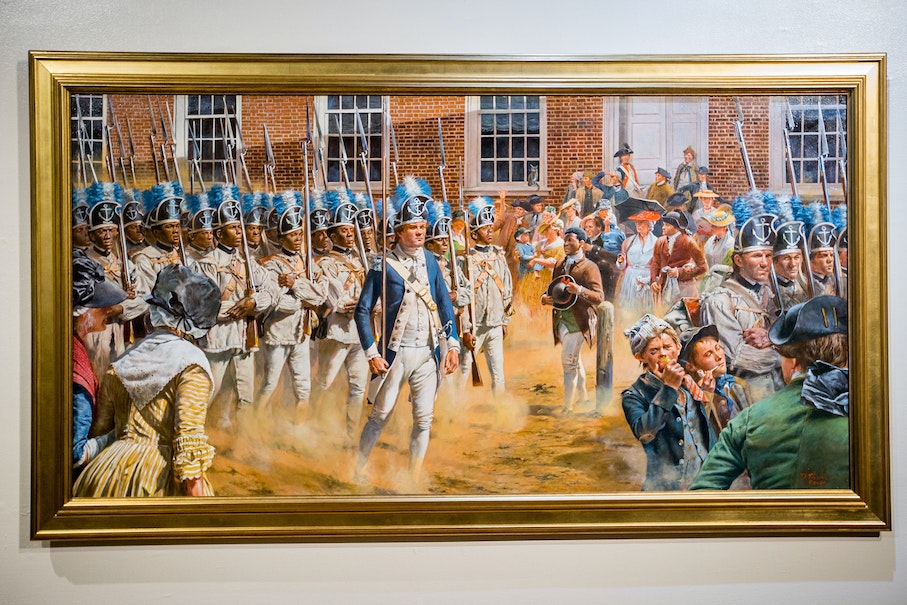 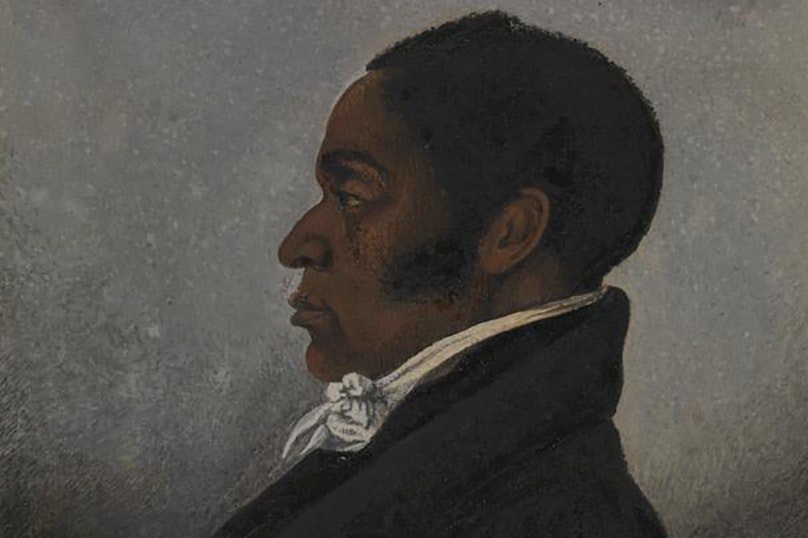 3/7
This portrait is thought to depict James Forten. Although it's unknown who painted it, a likely candidate is Forten family friend and painter Robert Douglass Jr., who was one of the first Black men to study at the Pennsylvania Academy of the Fine Arts. Collection of the Historical Society of Pennsylvania 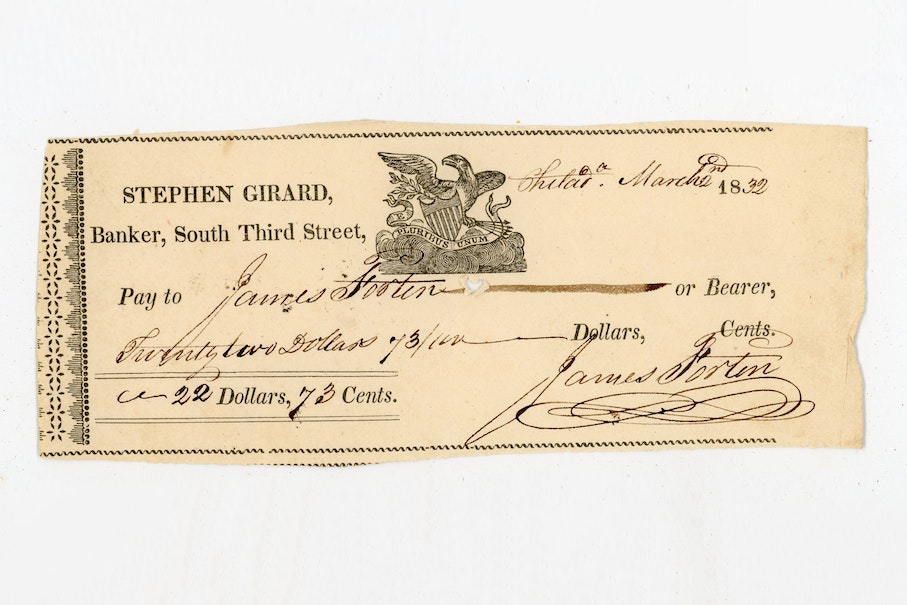 4/7
This check, signed by James Forten, documents a withdrawal he made in 1832 from Stephen Girard’s Bank, which was located across the street from the Museum. Courtesy of Girard College 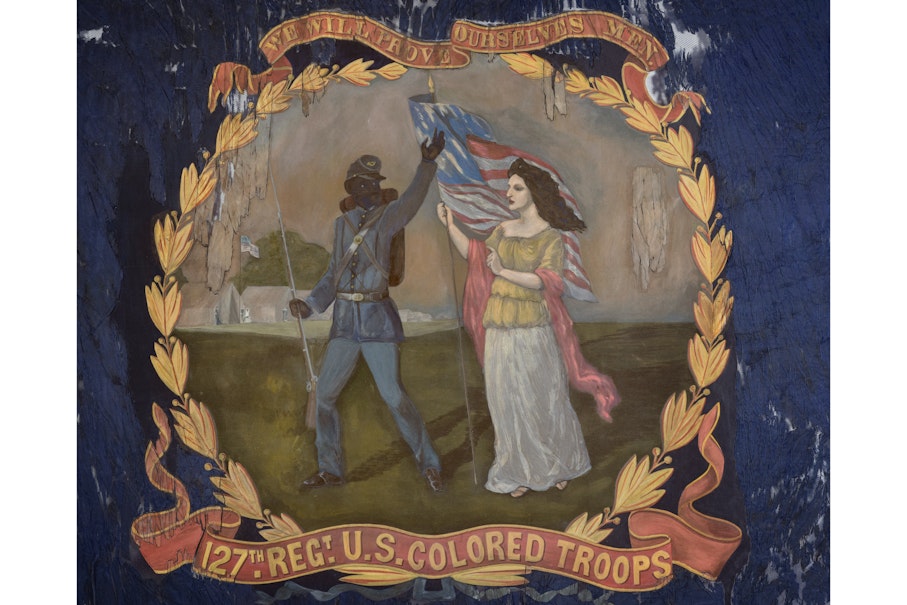 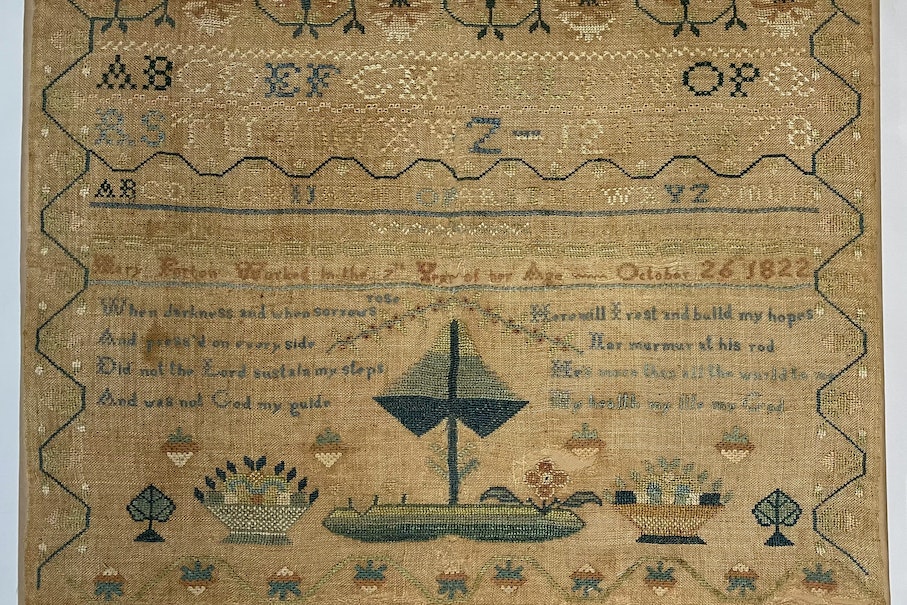 6/7
At the age of eight, Mary Isabella Forten, the youngest daughter of James Forten and Charlotte Vandine Forten, stitched this sampler as part of her childhood education. Courtesy of Marcus And Lorri Huey 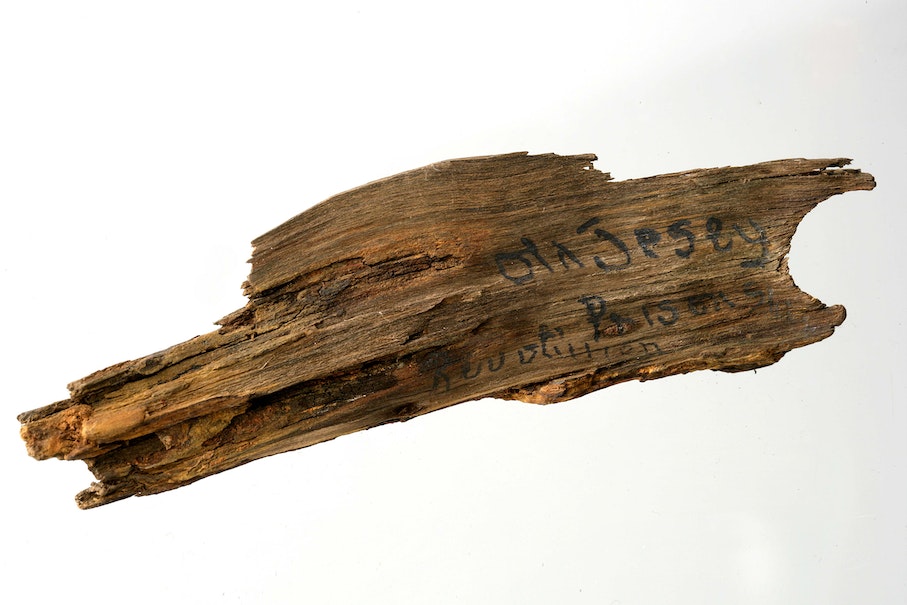 7/7
This piece of wood is from the British prison ship, Jersey, where James Forten was held as a prisoner of war. Courtesy of New-York Historical Society

The exhibit will feature more than 100 historical artifacts, works of art, and documents from 38 different lenders, including both institutions and private collectors, as well as the Museum’s own collection. Rare historical objects on loan from descendants of the Forten family will be on view for the very first time in a public exhibit.

The exhibit will feature videos, audio experiences, and tactile interactives, including a partial recreation of James Forten’s sailmaking workshop. Visitors of all ages will be able to try on recreations of sailors clothing, similar to what James Forten wore as a teenaged sailor during the Revolutionary War. 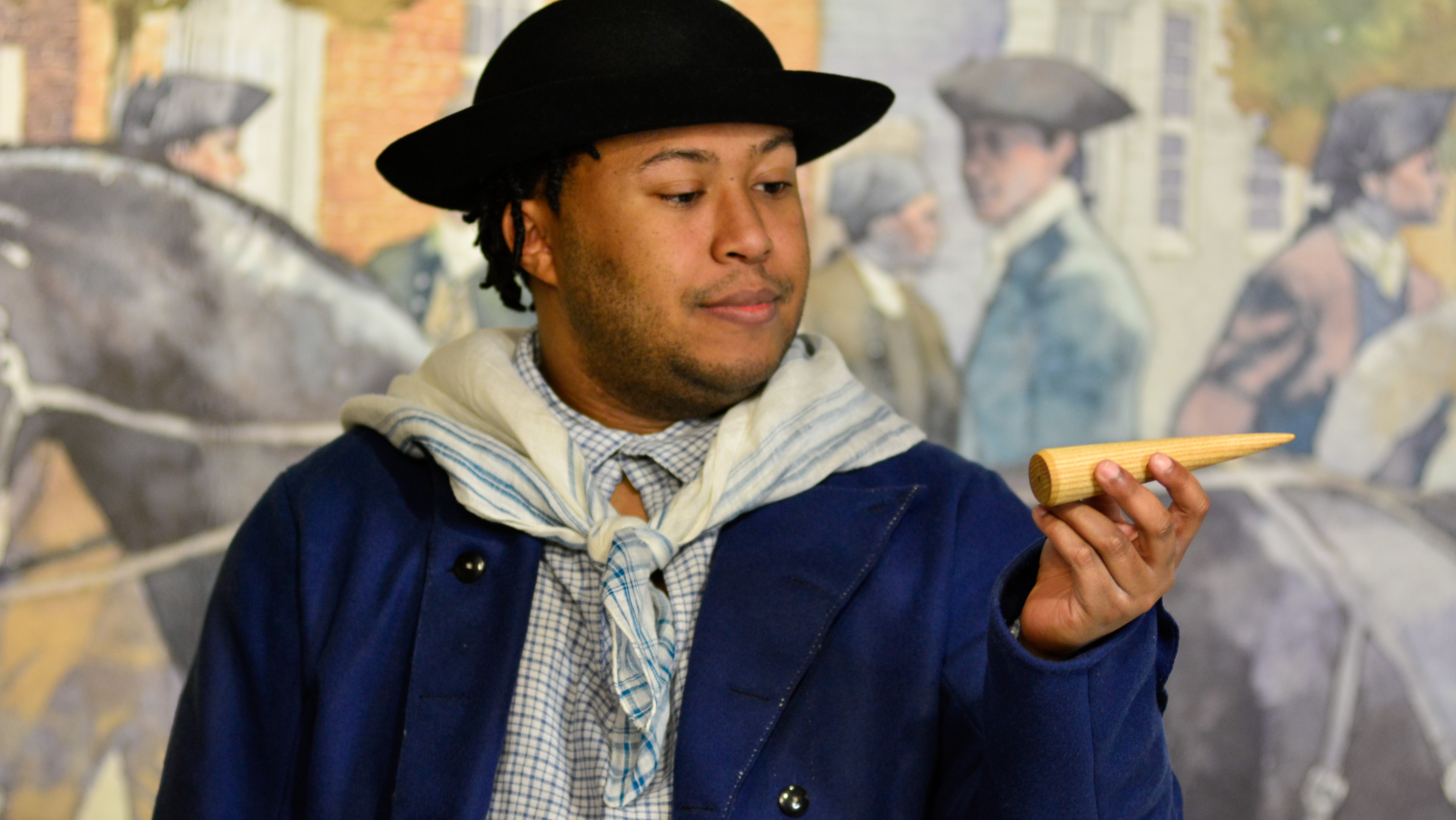 Accompanying the exhibition, two original first-person theatrical performances written by playwright Marissa Kennedy will dramatize the experiences of both a teenaged (portrayed by actor Nathan Alford-Tate) and an elder free Black Philadelphian James Forten, who joined a privateer ship to serve during the Revolutionary War and later became a prominent businessperson and abolitionist. A filmed version of the performance will be made accessible online.

Live virtual versions of the performances, which include a question-and-answer session with the actor and a Museum educator, are available to be booked by school groups. To book, contact [email protected] or 267.579.3623. 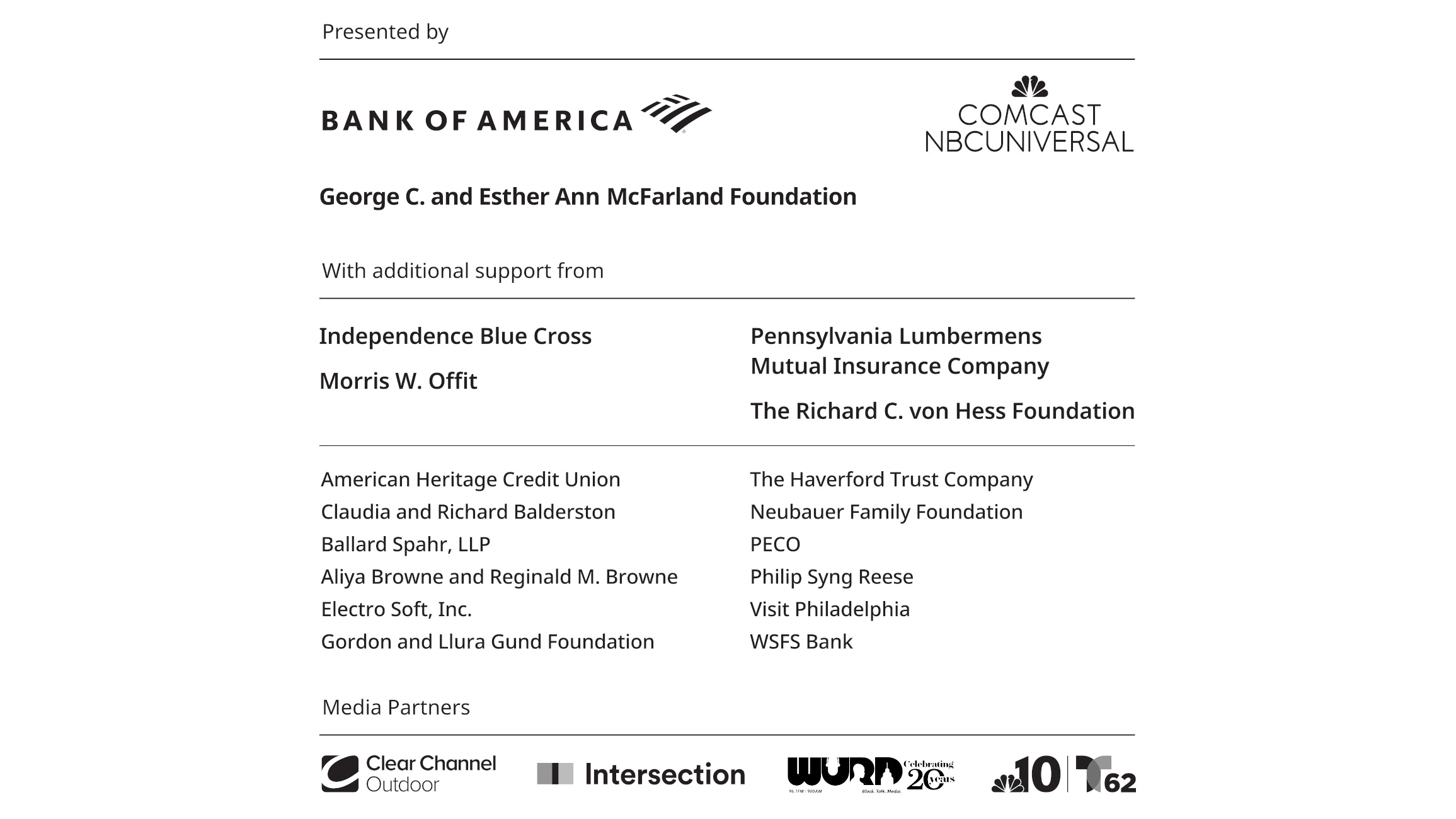 "... an essential American story" Read more about the Museum's upcoming special exhibition from The Philadelphia Inquirer. 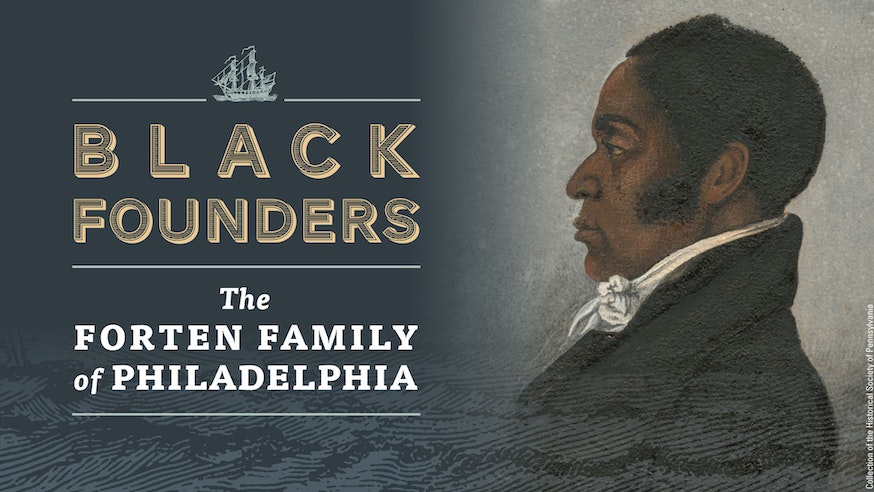 February 11 & 12, 2023
Join the Museum for the opening weekend of our newest special exhibition Black Founders: The Forten Family of Philadelphia, which will introduce visitors to James Forten and his descendants as they navigated the American Revolution and cross-racial relationships in Philadelphia to become leaders in the abolition movement in the lead-up to the Civil War and the women's suffrage movement.
Go to Event 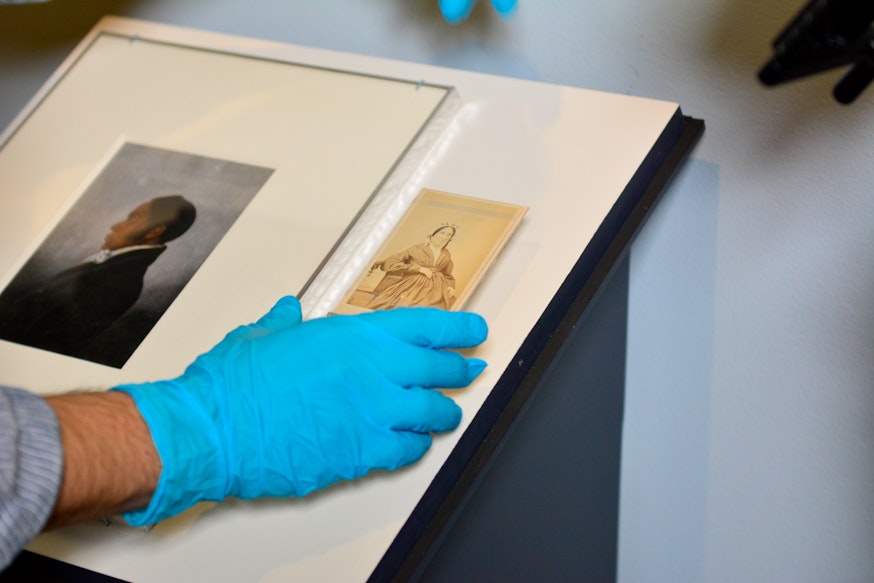 March 24, 2023 from 5:15-8 p.m.
Join Dr. Kerri K. Greenidge, author of The Grimkes: The Legacy of Slavery in an American Family, for an evening discussion on our Black Founders exhibit, the Philadelphia Female Anti-Slavery Society, and more.
Go to Event 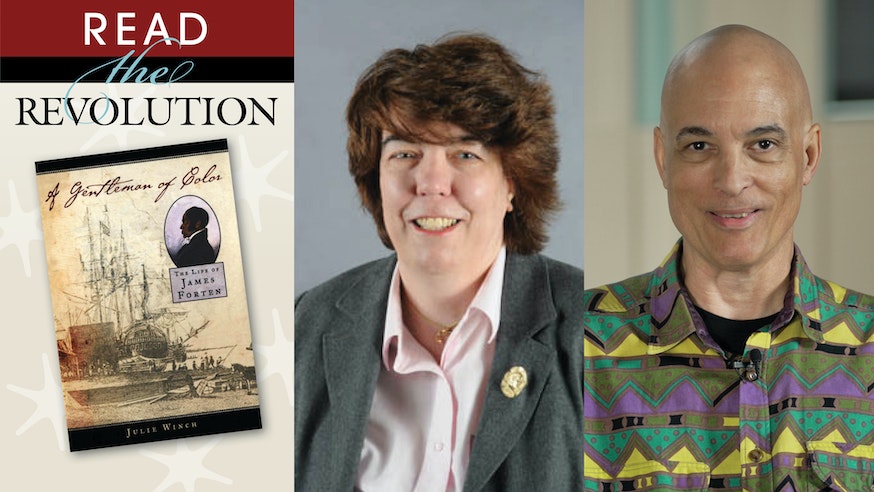 April 12, 2023 from 6:30-8 p.m.
Historian Dr. Julie Winch joins the Museum to reflect on her groundbreaking biography, A Gentleman of Color: The Life of James Forten, and will be joined by Forten's great-great-great-great grandson, Atwood “Kip” Forten Jacobs.
Go to Event