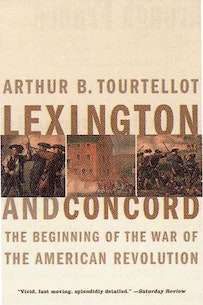 Lexington and Concord: The Beginning of the War of the American Revolution by Arthur Tourtellot

While it is well-known that the American Revolution began with the two engagements between Massachusetts militia and the British Army at Lexington and Concord, what is not as well-known is the hurry, surprise, and confusion leading to those battles. In Lexington and Concord: The Beginning of the War of the American Revolution Arthur B. Tourtellot takes us on an intimate journey into the events of April 18th through the 20th, 1775. Starting with an overview of the two towns and the situation of the British Army in Boston, he ends the book with a discussion of the immediate aftermath of the battles and how they sparked an armed rebellion. In between, he follows the “midnight riders”, statesmen, soldiers, and civilians involved in an almost hour-by-hour look at the battles. In chapter four Tourtellot provides a detailed description of the Lexington common and the people present at the moment the British Army approached.

The Lexington Common that Pitcairn saw that April sunrise was a two-acre triangle, not wholly open but somewhat cluttered for its size with the ungainly three-snorted oblong meetinghouse facing down the road toward the oncoming British. On the left Was the belfry that looked as if it had been plucked off the top of the meetinghouse by some gargantuan child and left incongruously at its side. Behind the belfry was the little schoolhouse and to its left the well put there for the townspeople’s use. Behind the meetinghouse was a large tree, but the Common, was Buckman’s Tavern, a pleasantly proportioned building with two massive chimneys and already nearly a century old. Stretching along the Bedford Road toward Jonas Clarke’s house was the tavern’s string of stables and out-buildings. Almost directly across the Common from Buckman’s on the left road leading to Concord, was the house of Marrett Munroe, married to Captain Parker’s sister, whose son, Nathan, was among the minutemen assembled on the Common. And facing the Common from the north side, looking down across it to the road from Boston were two other houses—both, like Marrett Munroe’s, with that sensitive regard for proportions that distinguished the buildings of villages all over New England in the eighteenth century. In one of these lived Daniel Harrington, the clerk of Captain Parker’s company, who had read the roll earlier that night, his wife, and their seven young children. In the other lived young Jonathan Harrington and his wife and small son. Between the houses, set back a distance, was David Harrington’s blacksmith shop, as handsomely proportioned as the houses. For the rest, surrounding the Common, there were only pastures and woodlands and, a little off toward the west off the Concord road, the old burial ground.

On and around the little Common stood perhaps a quarter of the town's population. Sergeant Munroe had got some forty of his minutemen in line; perhaps thirty more were milling around, going to the meetinghouse for ammunition, coming in across the meadows and pastures from their houses, crossing the road from Buckman’s. Other townspeople, unarmed but curious, stood around the Common, in the yards of the three houses or behind the stone walls of the pastures and meadows—Jonas Clarke among them later on. From their own windows the families of Daniel and Jonathan Harrington and Nathan Munroe could watch all that went on. Seventy militia, more or less; a hundred spectators, most of whom would be getting up at this hour anyway; and, hauling the trunk up the edge of the Common, Revere and Lowell—this was the formidable force that confronted Major Pitcairn and his five companies of light infantry as they came within sight of the Common.

Primed as they were for at least five hundred and possibly a thousand armed belligerents, the approaching British must have at first got the impression that the whole number present was much larger than it actually was, and in the dawning light it would have been difficult to distinguish combatant from spectator. Yet there was no mention later by the British officers of the figures five hundred or a thousand. Major Pitcairn thought that he saw “near two hundred of the rebels.” Ensign de Berniere of the Tenth Infantry light infantry company, which was in the van of the British march, said that “there were about a hundred and fifty rebels,” and he also mentioned that the militia were drawn out widely separated in their lines. The disgruntled Lieutenant Barker of The King’s Own Regiment, who resented so much the delay at Cambridge and was convinced from the beginning that the whole expedition would fail, put the number “between two and three hundred.” The British official reports, in language of qualifying vagueness, used “about two hundred.” Only the British captured later in the day and who gave depositions to the provincials came closer in their estimates, perhaps because they did not have to justify actions of the British army any longer or perhaps because the provincial authorities saw to it that they did not overestimate the size of their opposition. John Bateman of the Fifty-Second Regiment deposed “there was a small party of men gathered together,”' and Lieutenant Edward Gould of The King’s Own was the most nearly accurate of all: “We saw a body of provincial troops armed, to the number of about sixty or seventymen.”

Although little more than half of them got into Sergeant Munroe’s deceptively stretched out platoons, Captain Parker did have some seventy men altogether on or near the Common. Even this small number constituted one tenth of Lexington's entire population and little less than half the adult male population. And they were, in fact, pretty much what would be found as the male population of any country village. Among the oldest was Ensign Robert Munroe, the old veteran officer who had fought other wars on the British side. At sixty-three, he could have been excused from duty as a minuteman, but old men of his type are not easy to put aside, and he joined his two sons and two sons-in-law in the field. Of the same determined bend was his fifty-four-year-old cousin, Jedediah Munroe, who armed himself with—in addition to his musket—a long sword brought by his forebears from Scotland; Another senior minuteman was the close neighbor of the pastor and a first cousin of Captain Parker, who had told everyone in Lexington that, no matter what the circumstances, he would never run from the British, and whose son, Jonas, Jr., stood at his side. The oldest of all was Grandfather Moses Harrington, sixty-five, whose youngest son Caleb was with him. His nephew, Jonathan, who owned the house facing the Common, was also with him, and so were a dozen other nephews and remote cousins. There were other father-and-son combinations: old Thomas Hadley and his son, Samuel; John Muzzy and his oldest son, Isaac. Altogether there were eight father-and-son combinations on the Common. There were also very young men, twelve in their teens and a score in their twenties. Most of them were farmers, but there were also tradesmen among them.

There was the slave, Prince Estabrook, highly popular with Lexington children as a willing referee in their games. There were also some minutemen from the companies of other towns who just happened to be in Lexington by chance and who enlisted in Parker’s company for the night. As a military company the whole collection would never look like much: some old men, a generous block of the middle-aged, some inexperienced youths in their teens. 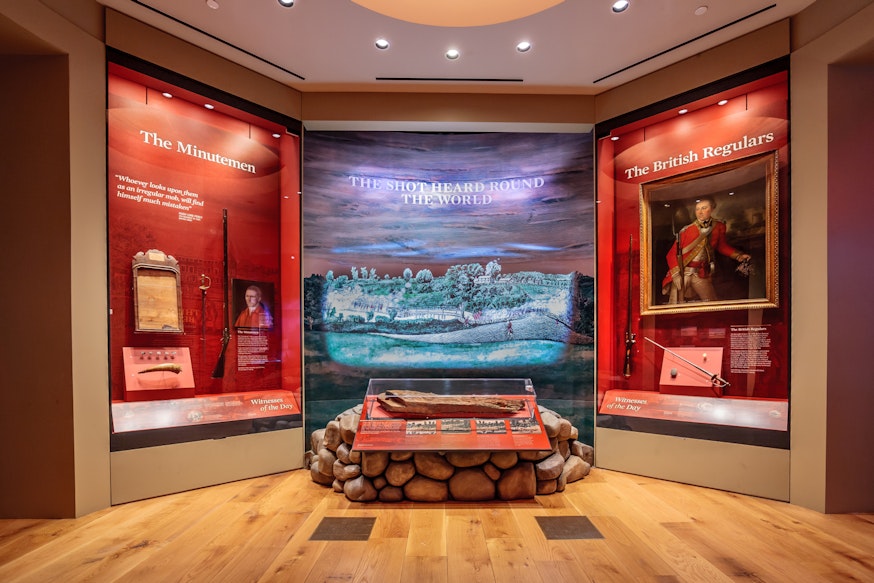 April 19, 2020 marked the 245th anniversary of the first shot of the Revolutionary War – later called the “shot heard round the world” – at the Old North Bridge in Concord, Massachusetts.
Read More 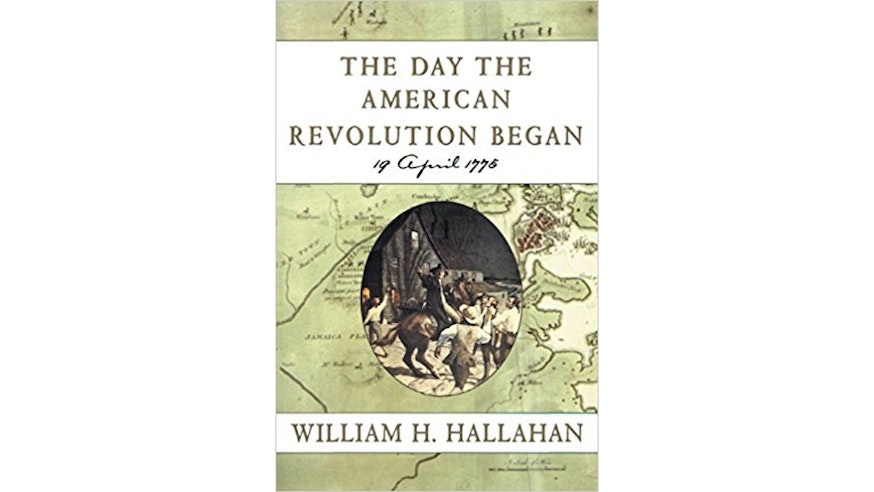 The Day the American Revolution Began

In this excerpt from military historian William H. Hallahan he recounts April 19, 1775, the Day the American Revolution Began.
Read More