On April 19, 1775, the Revolutionary War began in Massachusetts at the Battles of Lexington and Concord. Here at the Museum of the American Revolution, we have a gallery dedicated to telling the story of that day. The objects on display highlight the fight between the minutemen and British regulars at the North Bridge at Concord, the site of what Ralph Waldo Emerson later called the “shot heard round the world.” A piece of the original North Bridge anchors the exhibit and is flanked by objects that witnessed the fight, or that have close associations with participants in the battle. Check out the exhibit to find out more about the outbreak of the Revolutionary War. 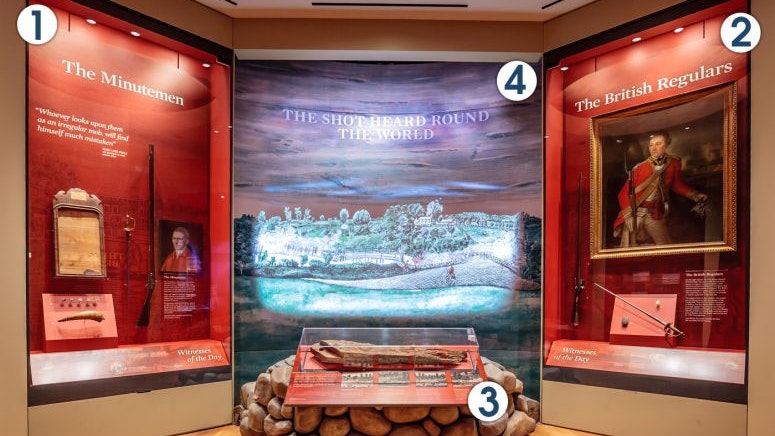 Minutemen from Concord and hundreds of militiamen from surrounding towns faced off with the British troops at the North Bridge. In this exhibit case, museum guests can see Concord militia officer Captain David Brown’s fowling piece (a bird hunting gun) that he carried into battle on April 19. Near the firearm, see a broken mirror from Brown’s house, said to have been broken by British troops and preserved by the Brown family as evidence of their destruction of property and invasion of homes. Displayed below the mirror, five gunflints recovered from the hill on which the militiamen gathered reveal that the New Englanders put sharp flints in their firearms as they prepared for battle that morning. 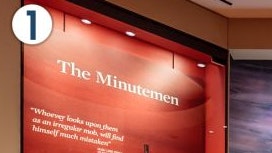 Following a dawn encounter with minutemen in Lexington on April 19, the British troops marched to Concord to destroy military supplies gathered there by the colonial resistance. After finding few supplies, the troops started their march back to Boston, but a force of militia advanced on them at Concord’s North Bridge. A brief fight at the bridge left two British soldiers from the 4th Regiment of Foot dead, the first British soldiers killed in the Revolutionary War. This exhibit includes a musket and a brass belt plate marked to the 4th Regiment of Foot and a large portrait of Captain William Crosbie of the 38th Regiment of Foot. Captain Crosbie participated in the march to Lexington and Concord and is depicted in the uniform he likely wore on April 19. 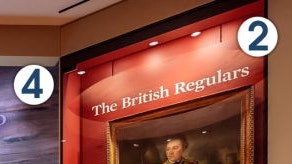 The North Bridge over the Concord River that stood in 1775 was dismantled in 1793, but pieces were recovered from the water during a 1950s construction project. An original support beam from the bridge, on loan to the Museum of the American Revolution from the Concord Museum, is a “witness” of the April 19 battle. Support beams of the same shape are clearly visible in Amos Doolittle’s engraving of the scene. 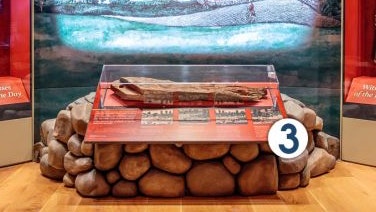 Only weeks after the Battles of Lexington and Concord, a young Connecticut craftsman-turned-soldier Amos Doolittle visited the battlefield sites with artistic and journalistic ambitions. He interviewed witnesses and sketched the locations of the April 19 fighting. In December 1775, he published four engravings- the most accurate and only known contemporary American depictions of the first engagements of the Revolutionary War. One of Doolittle’s engravings depicts the fight at Concord’s North Bridge (seen here). To bring Doolittle’s scene to life, the Museum animated the engraving to make the soldiers move and smoke billow. A soundscape provides visitors with a sense of what it sounded like in Concord on April 19, 1775. 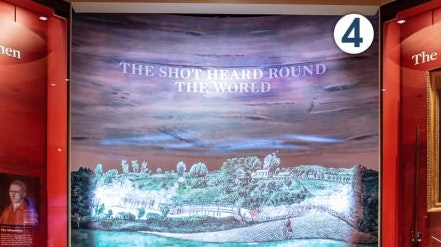 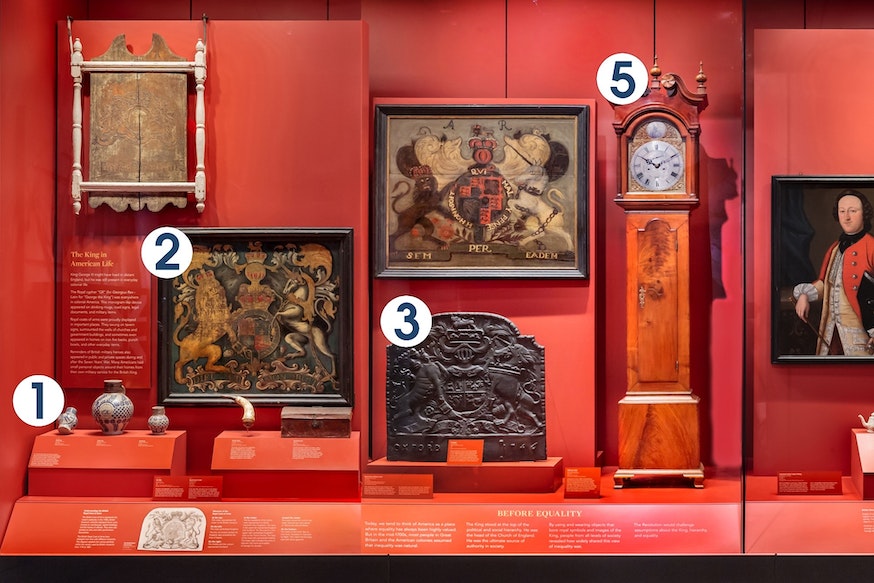 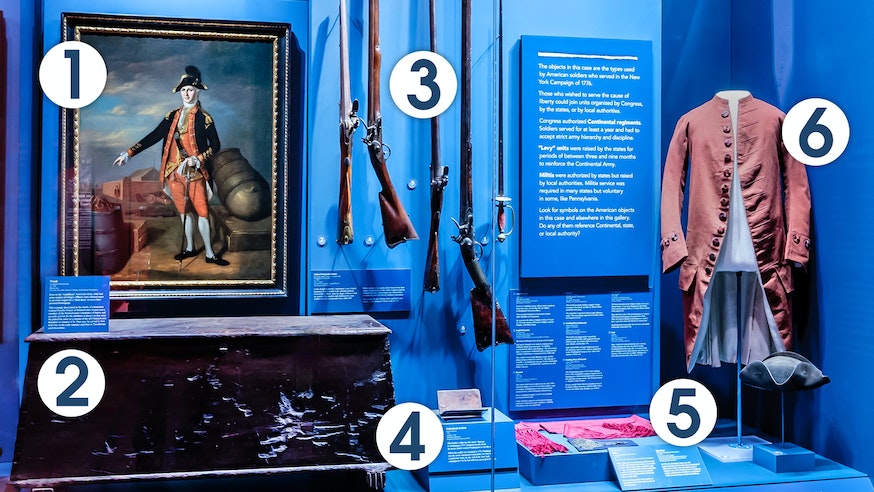