Can You Dig It? “Trash Talk” Archaeology-Themed Event July 17, Part of Museum’s History After Hours Series

It’s been said that one man’s trash is another man’s treasure, and an upcoming event at the Museum of the American Revolution proves just how true that old adage can be.

On Tuesday, July 17, from 5 – 8 p.m., the Museum will host “Trash Talk,” an archaeology-themed evening event that will explore the findings from the archaeological excavation of the Museum’s site prior to the building’s construction. 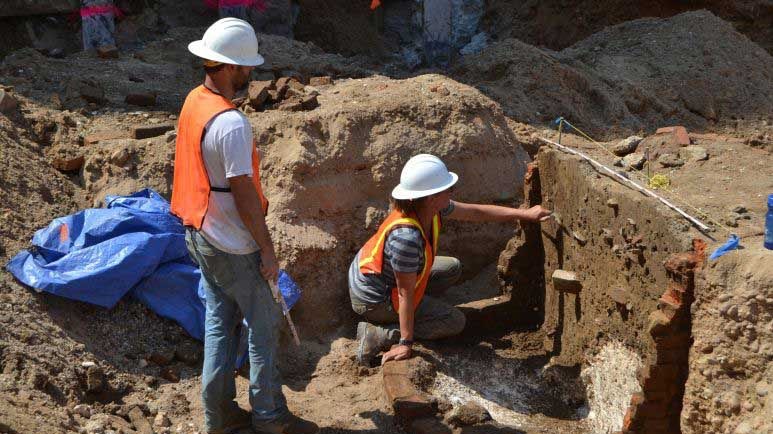 A total of nearly 85,000 artifact pieces were unearthed, including tea sets, tankards, wig rollers, smoking pipes and more, most of them coming from well shafts and brick-lined privy pits – basically, 18th-century toilets – which served as garbage receptacles.

Throughout the evening, guests can enjoy hands-on activities and demonstrations at an archeology conservation station. At 5:30 p.m., a 20-minute tour will depart from the Museum’s front desk to Revolution Place, the Museum’s new discovery center, which features a recreated privy pit along with real artifacts that were excavated on the site.

At 6:30 p.m., archaeologist Dr. Rebecca Yamin will present a discussion entitled “Stories from Philadelphia Archaeology: The Museum of the American Revolution Site and Beyond” in the Lenfest-Meyer Theater. She will discuss the artifacts that were discovered during the excavation of the Museum’s site and the stories discovered about the people who owned them. Yamin is currently working on a book on this topic entitled Archaeology at the Site of the Museum of the American Revolution: A Tale of Two Taverns and the Growth of Philadelphia (forthcoming Temple University Press, December 2018). 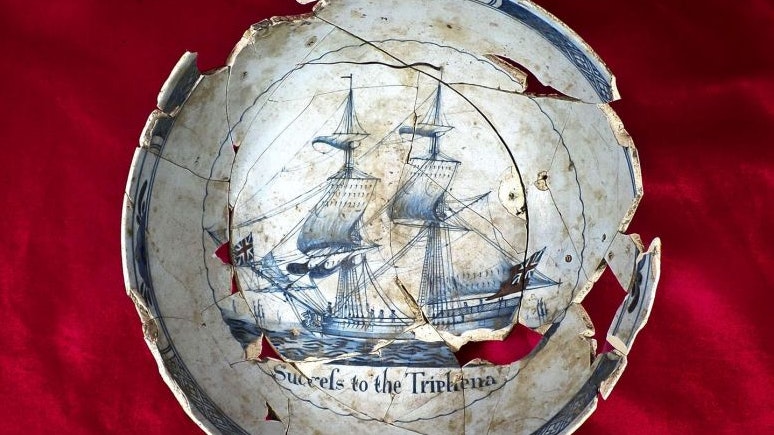 In the Museum’s galleries, visitors can view one of the most treasured findings: an English delftware punch bowl, which features a picture of the brigantine ship Tryphena on it. The Tryphena sailed between Liverpool and Philadelphia and, in 1765, carried a petition from the merchants of Philadelphia asking their counterparts in Great Britain to reconsider the Stamp Act, one of the major grievances that started the rift between the colonists and the mother country.

Looking ahead, on Tuesday, August 21, a Revolutionary Staycation-themed History After Hours will highlight the region’s rich array of Revolutionary sites and their unique stories.