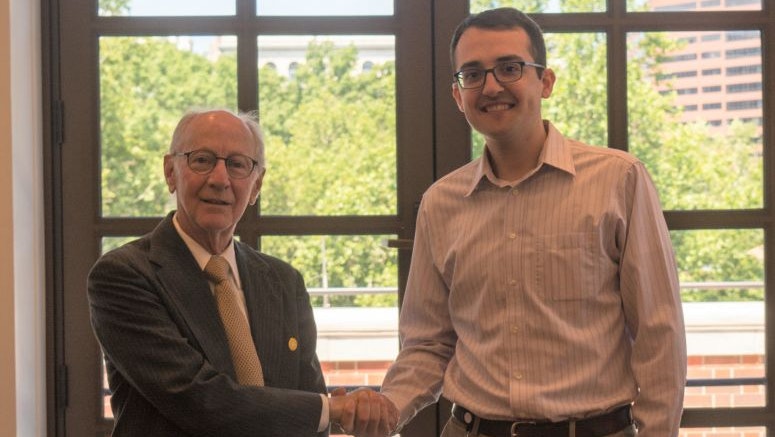 The ARRT was formed in the 1950s and brings together a diverse group of people united by a common interest in the Revolutionary era. The groups meets several times per year and hosts talks by top scholars and authors on the American Revolution, networking events, book auctions, and other events. ARRT acquired the Hamilton book set in the early 2000s and has been looking for an appropriate home for them.

The volumes contain both letters written and received by Hamilton, as well as his famous Treasury reports, contributions to The Federalist Papers, and other writings, totaling approximately 12,500 documents. Editorial notes alongside the documents provide historical context.

The group hopes the donation “will be a valuable primary research for both professional historians, as well as students or others studying Alexander Hamilton and the history of the Revolutionary era and the founding of the nation,” said Jacobs.

From Oct. 27, 2018 through March 17, 2019, the Museum will explore Alexander Hamilton’s Philadelphia connections with the interactive playscape Hamilton Was Here: Rising Up in Revolutionary Philadelphia. Through playful interactives, scenic environments, and facilitated games, visitors will actively engage in the challenges of founding and maintaining a country and will be inspired to carry these lessons forward as they face the challenges of citizenship today. It is free with regular Museum admission. The experience is sponsored by Bank of America.