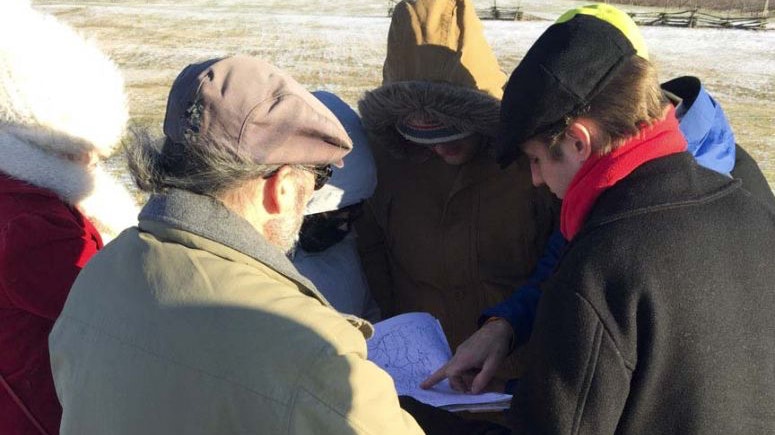 Gallery Educators use period maps and accounts to place themselves on the Monmouth Battlefield during outing that has them following in the footsteps of Washington's Army.

In the middle of the Revolutionary War, New Jersey was a battlefield. Soldiers fought in small skirmished and large battles, shivered in winter quarters, and marched almost everywhere. Civilians supported the cause of liberty or the King, followed the armies, and got by as best they could. We tell some of these stories at the Museum of the American Revolution and we encourage guests to visit nearby historic sites to learn more about what happened in our region.

Last month, the Museum’s Gallery Education team travelled to four sites in New Jersey to trace some of the events of 1776-1778. Our day began on the banks of the Delaware River at Washington Crossing State Park, where Resource Interpretive Specialist Craig Craighead introduced us to the events of late 1776, when Washington’s army crossed the Delaware from New Jersey into Pennsylvania in a daring effort to turn the tide of the war in their favor. Looking out over the river, shivering in the cold, and standing on a blanket of fresh snow gave out staff a new, personal appreciation for the difficulties Washington’s troops faced.

From the crossing, Washington’s troops marched overnight towards Trenton. We drove along their route and to the placed, now in downtown Trenton, where they caught Hessian soldiers off-guard on the outskirts of what was then a small town. We toured the Old Barracks Museum, built in 1758 and a rare survival of the military barracks that dotted American colonies in the years before independence, with interpreters David Niescior and Asher Lurie. Niescior and Lurie modelled various engaging interpretive techniques they use on their tours and explained the history of the site. In 1776, the Barracks was the winter home of Hessian soldiers who turned out to face Washington’s attack. The Saturday after our field study, our educators put what they learned at the Old Barracks into action during a special weekend program at the Museum of the American Revolution about Hessian soldiers and the Ten Crucial Days. 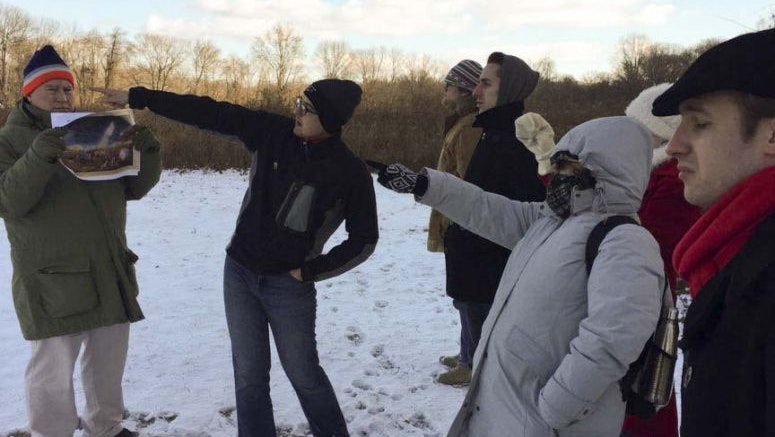 Museum of the American Revolution Gallery Educators on Princeton Battlefield in New Jersey during a trip following the footsteps of Washington's Army during "The Ten Crucial Days."

Our long day in New Jersey provided us with new stories for our work with guests of the Museum of the American Revolution and inspiration for programs and interpretive techniques. Our Gallery Educators are already using this new information and their new, personal understanding of New Jersey’s battlefields in their interactions with Museum guests. Look for one of them outside the Battle of Brandywine Theater or aboard the Privateer Ship, where they have conversations with people about New Jersey history and nearly every other aspect of the American Revolution every day! 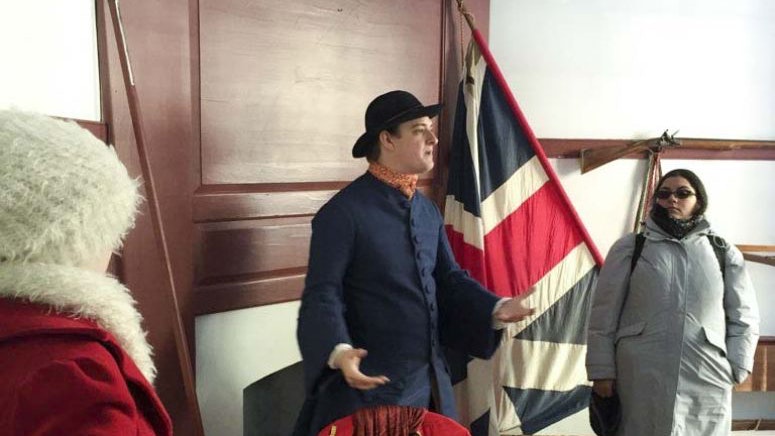