It's the most wonderful time of the year! And we're here to make your holiday gift-buying a bit easier this holiday season with our Revolutionary Gift Guides. 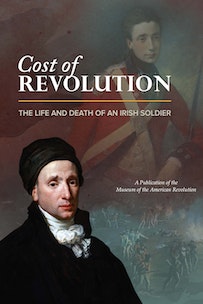 Cost of Revolution: The Life and Death of an Irish Soldier Exhibition Catalog

Richard Mansergh St. George is a name found in few histories of the American Revolution. Yet, the dramatic journey of this artistic Irish officer in the British Army is one of the most visually rich stories of a person who was not a statesman, a nobleman, or a high ranking military officer during the Revolutionary era. Presented together for the first time in the Cost of Revolution: The Life and Death of an Irish Soldier book and special exhibition are the 22 surviving works of art, now spread out across the globe, that Richard Mansergh St. George is known to have posed for, created, or helped create. When considered together, this art documents a 20-year period in St. George’s life in which he fought against two revolutions — one in America and another in Ireland — losing his health and ultimately his life in the process. The art St. George left behind allows us to face the personal cost of revolution and discover the entangled histories of the American Revolution of 1776 and the Irish Revolution of 1798. 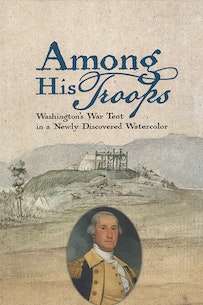 Among His Troops Coffee Table Catalog 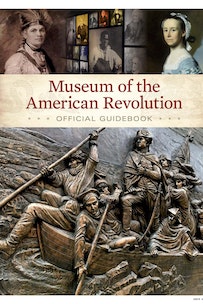 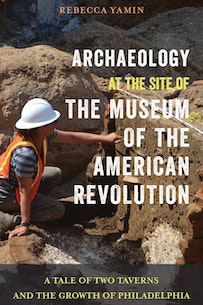 When the Museum of the American Revolution acquired the land at Third and Chestnut streets in Old City, Philadelphia, it came with the condition that an archaeological investigation be conducted. The excavation that began in the summer of 2014 yielded treasures in the trash: unearthed privy pits provided remarkable finds from a mid-eighteenth-century tavern to relics from a button factory dating to the early twentieth century. These artifacts are described and analyzed by urban archaeologist Rebecca Yamin in Archaeology at the Site of the Museum of the American Revolution.Yamin, lead archaeologist on the dig, catalogues items — including earthenware plates and jugs, wig curlers, clay pipes, and liquor bottles — to tell the stories of their owners and their roles in Philadelphia history. As she uncovers the history of the people as well as their houses, taverns, and buildings that were once on the site, she explains that by looking at these remains, we see the story of the growth of Philadelphia from its colonial beginnings to the Second World War. 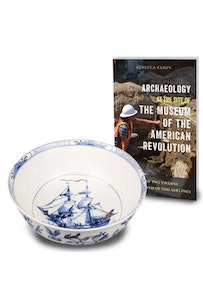 BONUS: Success to the Triphena Bowl & Archaeology at the Site of the Museum of the American Revolution Bundle

Looking for even more exciting and thought-provoking books about the American Revolution? Check out our Read the Revolution series for more ideas.

For more Revolutionary gifts, check out the Museum Shop online and on your next visit.