After George Washington took command of the Continental Army, the foreign and domestic market for prints of the newly minted general grew. In 1775, an English printer named “C. Shepherd” published a mezzotint of General Washington on horseback. While the image bears little resemblance to Washington, the print claimed it was “Done from an original drawing from the Life by Alexr. Campbell of Williamsburgh in Virginia.” Martha Washington received one of these prints in January 1776. Her husband commented: “Mr. Campbell whom I never saw (to my knowledge) has made a very formidable figure of the Commander in Chief giving him a sufficient portion of Terror in his Countenance.” This is one of the earliest prints of General George Washington. 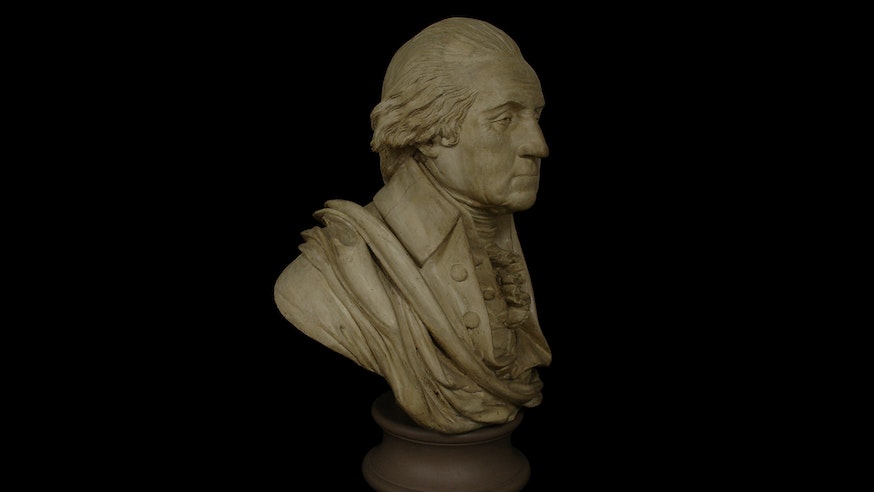 William Rush modeled this terracotta bust of George Washington for the Pennsylvania Academy of the Fine Arts' Sixth Annual Exhibition in 1817.
See Object 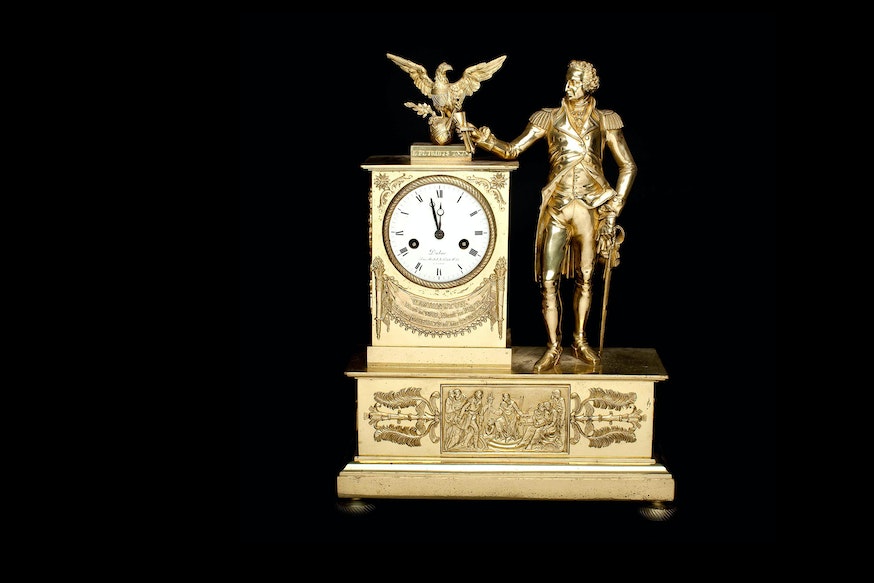