Private Jeremiah McGowan of the 2nd New York Regiment received this discharge, signed by General George Washington, Commander in Chief of the Continental Army, on June 7, 1783. He served for six years, including the Valley Forge Winter of 1777-1778.

As noted at the bottom of the discharge, McGowan was awarded the “Badge of Merit,” also known as the “Badge of Distinction.” General Washington created this award on August 7, 1782, to honor soldiers and non-commissioned officers of the Continental Army who served for more than three years “with bravery, fidelity and good conduct…” In recognition of his award, McGowan was entitled to wear a double chevron (representing his six years of service) on his left uniform sleeve. This is not to be confused with the Badge of Military Merit, a purple, heart-shaped cloth badge that inspired the later Purple Heart military decoration, which was awarded for a “singularly meritorious action.”

Continental Army veterans often kept their discharges and used them to prove their military service when they applied for pensions from the Federal Government in the 1800s. 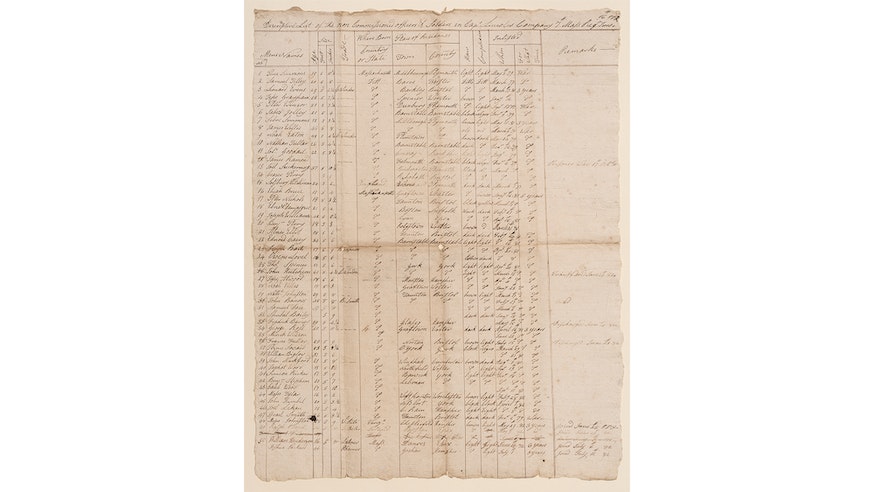 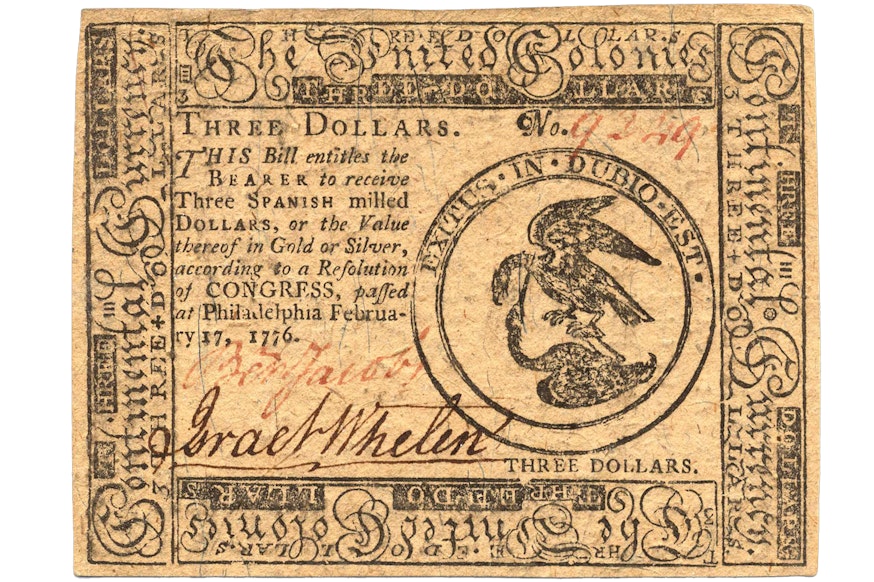 This example of paper currency from the American Revolution was issued under the authority of the Continental Congress in 1776.
See Object