Today, we tend to think of America as a place where equality has always been highly valued. But in the mid-1700s, most people in Great Britain and the American colonies assumed that inequality was the natural state of things. The King stood at the top of the political and social hierarchy. He was the head of the Church of England and the ultimate source of authority in society.

By using and wearing objects that bore royal symbols and images of the King, people from all levels of society revealed how widely shared this view of inequality was. The Revolution would challenge assumptions about the King, hierarchy, and equality. In the Museum's "Rule Britannia" gallery, visitors will see objects that reveal how present symbols of the monarchy were in everyday colonial life, from drinking mugs to tavern signs and military items. 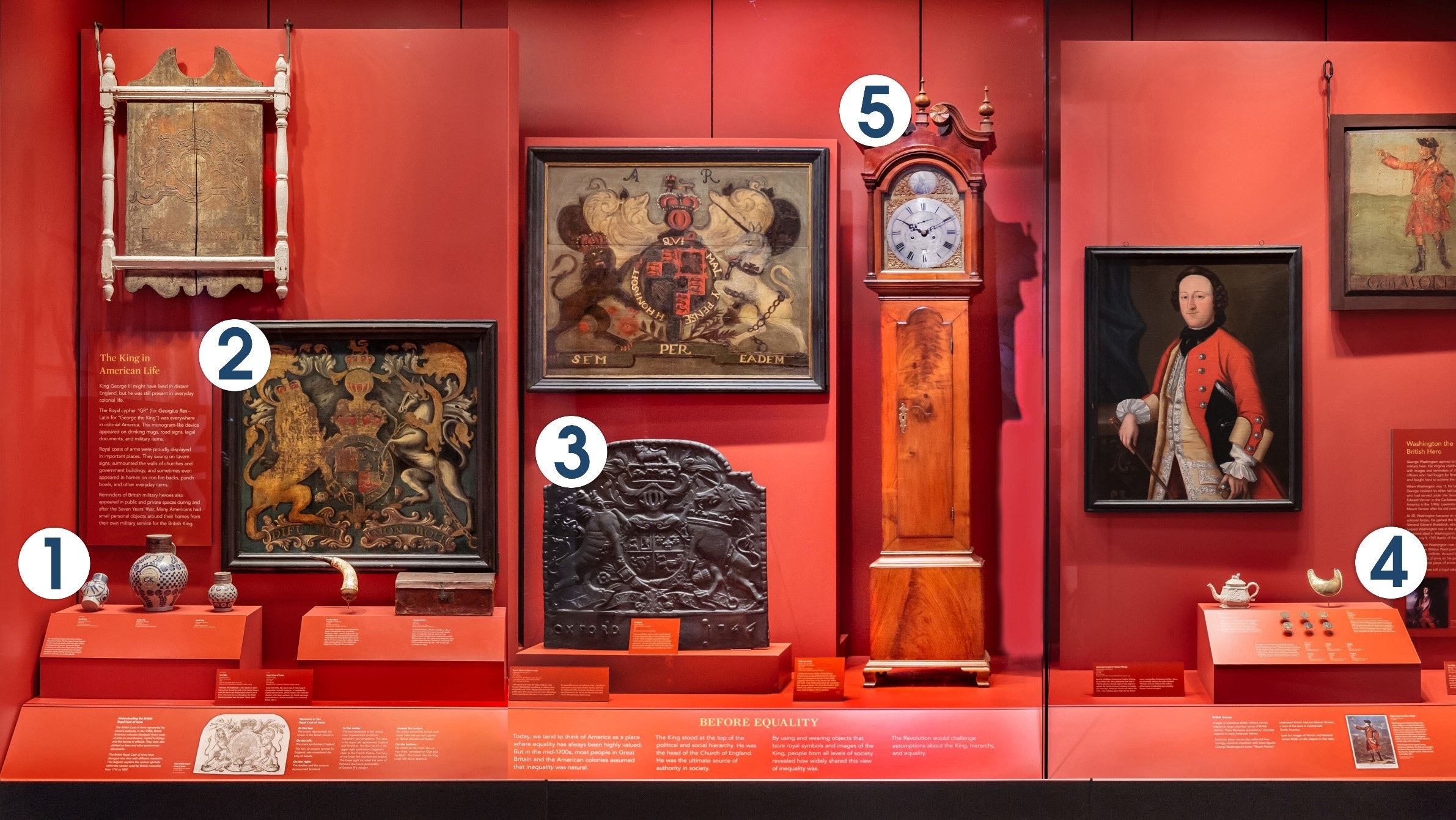 The Royal cypher “GR” Georgius Rex (Latin for “George the King”) was everywhere in colonial America. This monogram-like device appeared on drinking mugs, road signs, legal documents, and jugs like the ones on display in this case. Similar pieces of stoneware from during and after the Revolutionary War can be found later in the galleries which are notably missing this monogram, reflecting the shift in loyalty and ideology in America. The powder horn (used to store gunpowder) and document box pictured here also display symbols of the monarchy. 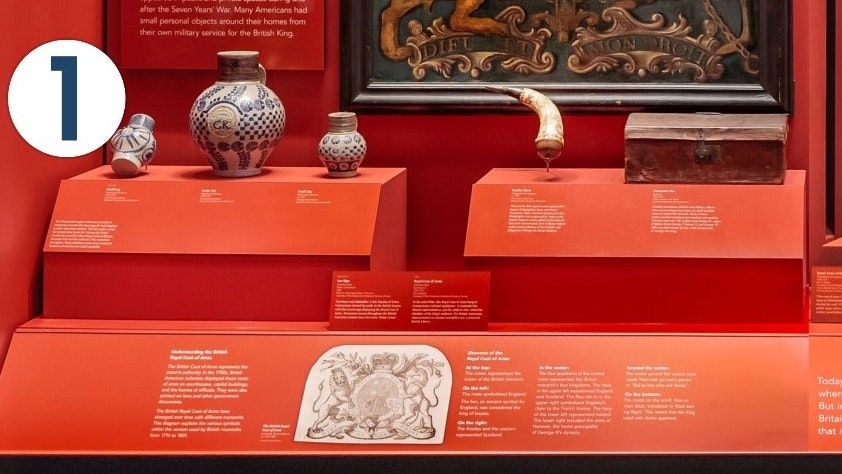 The British Royal Coat of Arms

Royal coats of arms were proudly displayed in important places. They swung on tavern signs, hung on the walls of churches and government buildings, and sometimes even appeared in homes, on iron firebacks, punch bowl, and other everyday items.

On loan from the Philadelphia History Museum at Atwater Kent, this coat of arms from the reign of Queen Anne hung in Philadelphia's courthouse on Market Street during the early 1700s. Displayed prominently in a public space where men and women from all levels of society stood before the court, it was a reminder of the monarch's power and authority. Only a handful of royal coats of arms from colonial America survived the upheaval of the Revolutionary War. This one was discovered in the loft of the Pennsylvania State House (now Independence Hall) in 1844.

This iron fireback, cast in a New Jersey foundry in 1746, displays the Royal Coat of Arms of King George II (1727-1760). Firebacks served both practical and decorative purposes in the homes of colonial Americans. The cast iron plate radiated heat into the room and prevented the bricks at the back of the fireplace from crumbling due to high temperatures.

British Heroes
From an early age, George Washington aspired to be a British military hero. His childhood was filled with images and reminders of the gentlemen officers who fought for Britain. During Washington’s childhood, Admiral Edward Vernon was one of England’s best-known war heroes. Washington’s home, Mount Vernon, was named for the admiral. Items like the teapot and medals pictured here commemorated Vernon’s battles, reminding all British subjects of their shared pride in the Empire and in the military heroes who defended and expanded it. 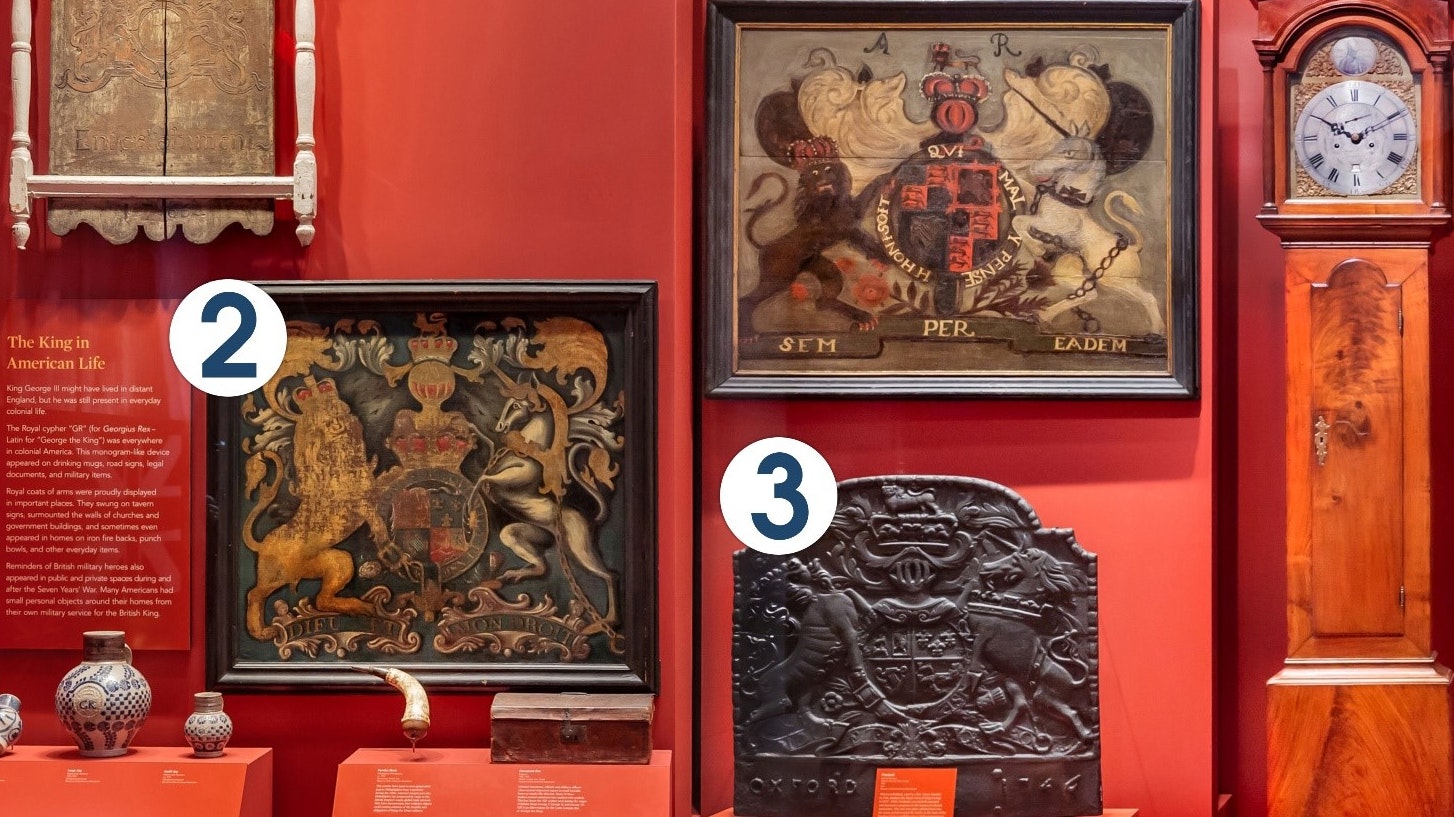 Washington’s loyalty to the crown at the time is evident in the portrait that Philadelphia artist Charles Willson Peale painted of him in his uniform in 1772 when Washington was 40 years old. Around his neck, he wore a gorget, a small crescent-shaped piece of armor like the one pictured here, featuring the Royal coat of arms. 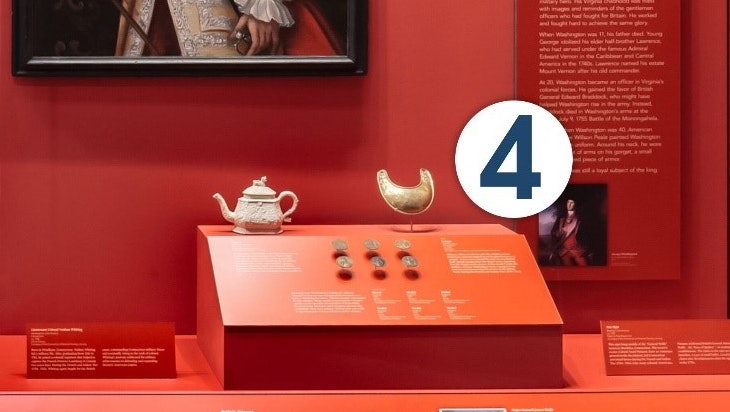 A popular British hero of the French and Indian War (1754-1763), General James Wolfe, is commemorated on this handsome tall-case clock, circa 1765-1775, produced by clockmaker George Miller of Germantown, Pennsylvania. Wolfe died leading the expedition that captured Quebec City from the French in 1759. British and colonial American artisans decorated many kinds of objects with his portrait. 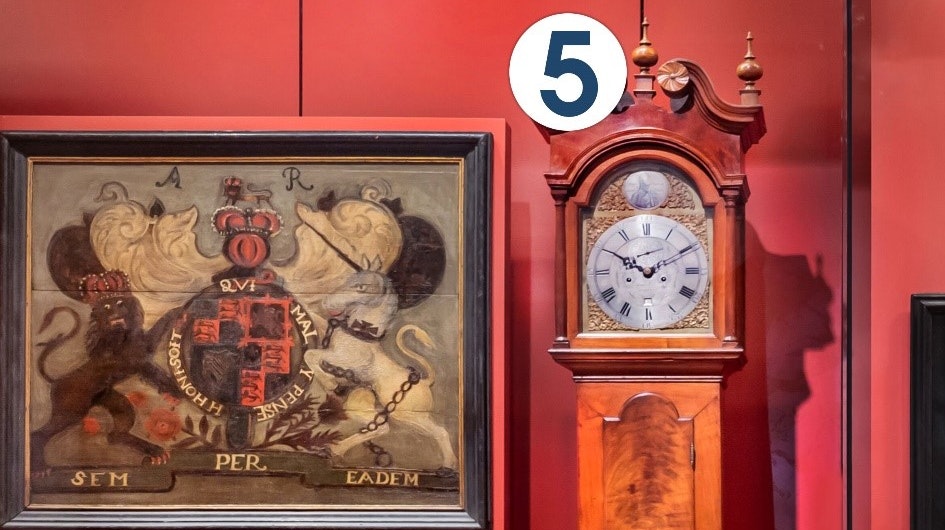 ﻿Take a closer look at the objects and stories in the Museum's "Rule Britannia" gallery, and dive deeper into the Museum's galleries from home any time with our newly enhanced Virtual Museum Tour. 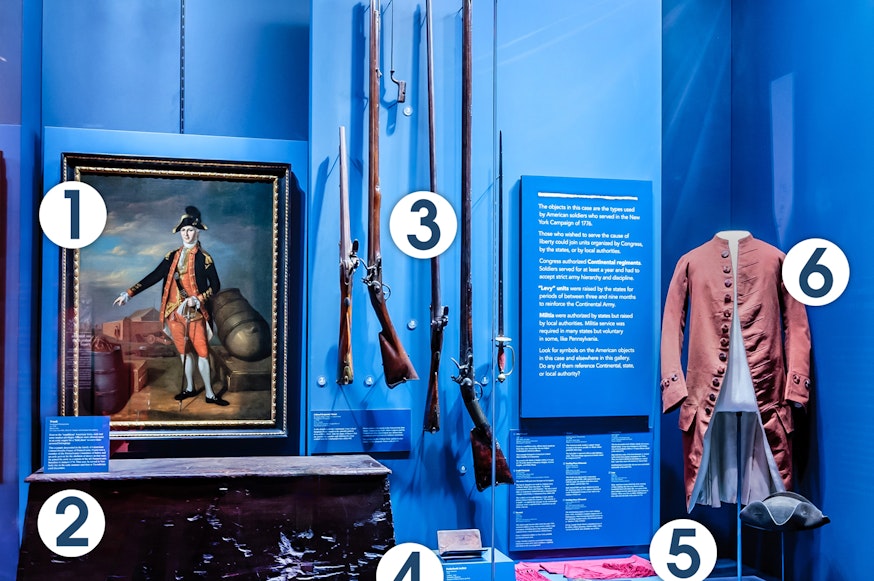