Celebrate Revolutionary women and unsung Revolutionaries throughout Women's History Month with the Museum this March. In the Museum’s galleries and online, experience a fuller and more inclusive history of the nation’s beginnings for all ages. 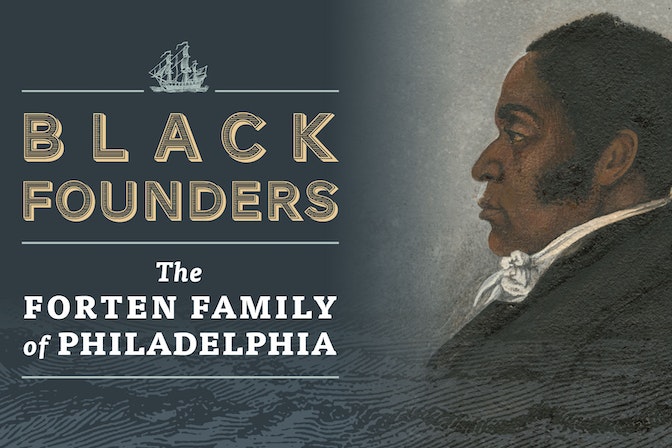 In this upcoming special exhibition, the Museum will introduce visitors to James Forten and his descendants as they navigated cross-racial relationships in Philadelphia during the American Revolution to become leaders in the abolition and women's suffrage movements.

Watch as the Museum's Meg Bowersox explores Troiani's painting, "Margaret Corbin, Fort Washington," featuring 25-year-old Margaret Corbin, having witnessed the death of her husband, John, taking over his position at the cannon and falling injured at the Battle of Fort Washington on Manhattan Island on Nov. 16, 1776.

Explore the little-known history of the nation’s first women voters and examine the political conflicts that led to their voting rights being stripped away.

Explore the Museum's When Women Lost the Vote: A Revolutionary Story, 1776-1807 virtual exhibit to learn the little-known history of the nation’s first women voters. 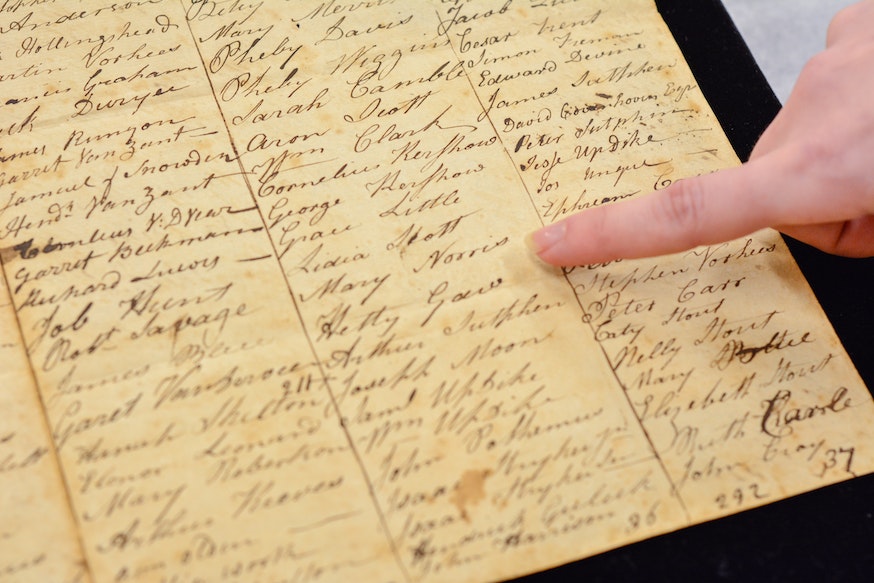 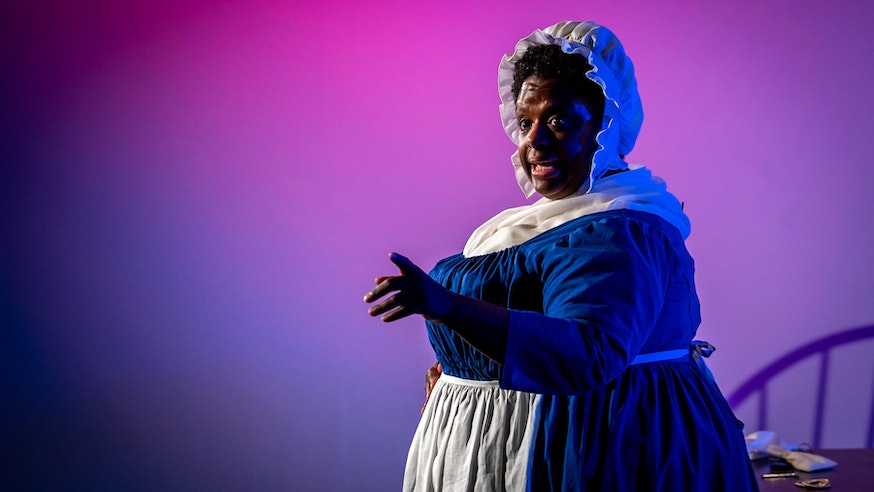 View a 25-minute film of a one-woman theatrical performance based on the life of Elizabeth Freeman (also known as "Mumbet"), a woman who sued for her freedom from enslavement and won. 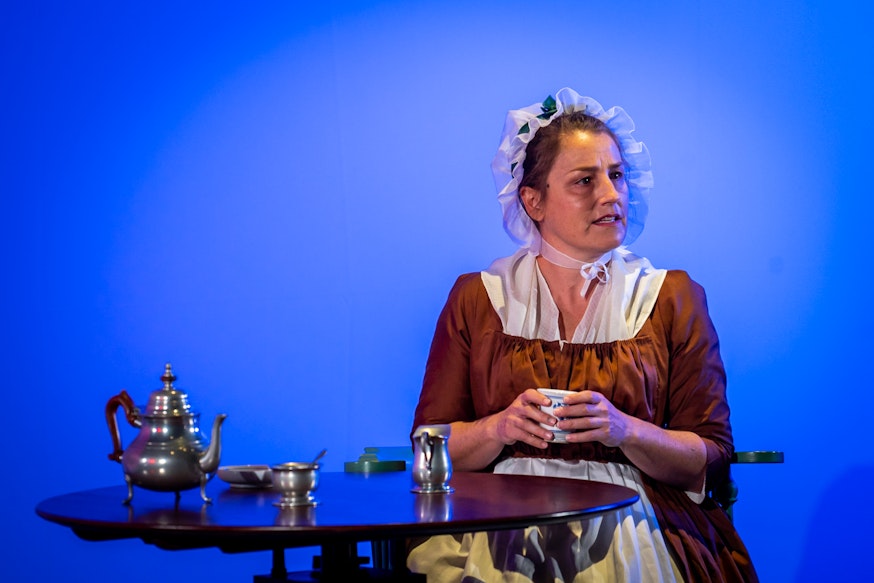 View a 25-minute film of a one-woman theatrical performance based on the life of Rebecca VanDike, an early woman voter in New Jersey. 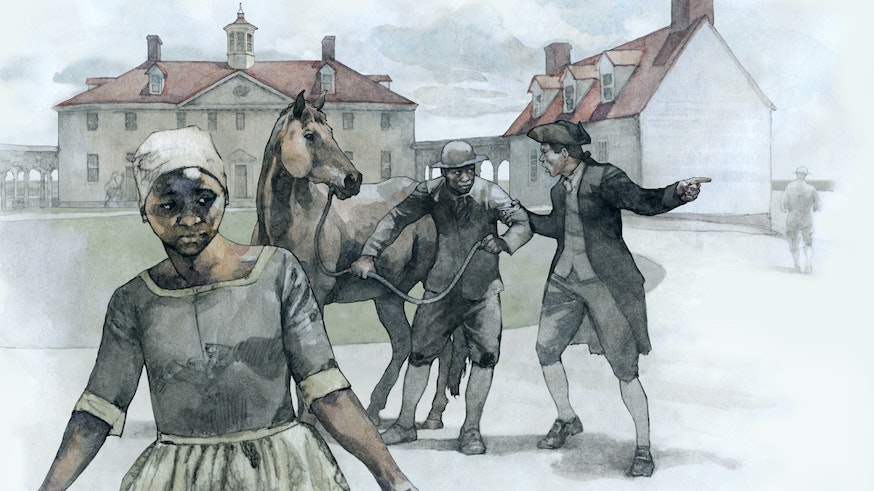 Explore the Museum's Finding Freedom online interactive, which examines the stories Eve and Deborah as well as additional people of African descent in Virginia who followed different paths to freedom during the Revolutionary War. Their stories are also available to explore in the Museum via a touchscreen kiosk. 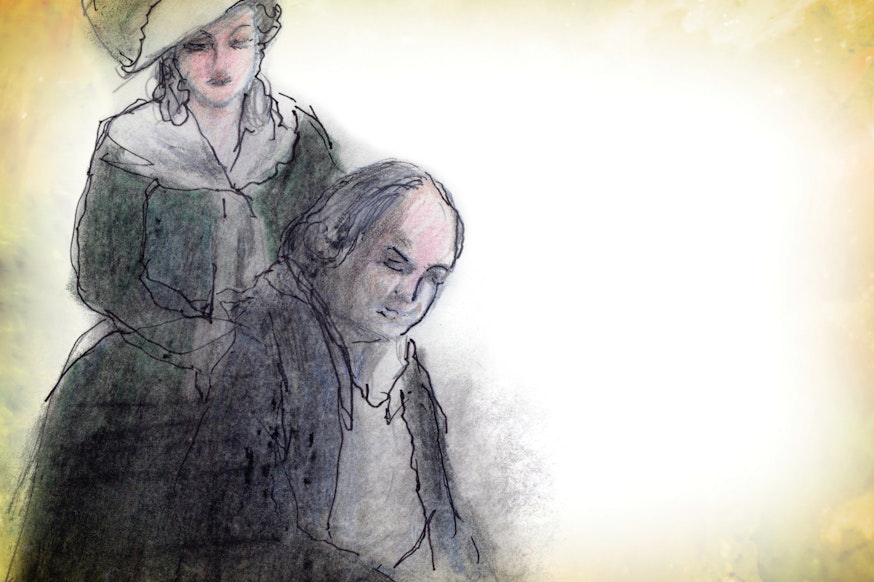 Read the book Abigail & John, the story of one of America’s most celebrated historical couples exploring Abigail's unique role in the nation's founding, written by David Bruce Smith alongside original illustrations by his mother, Clarice Smith. 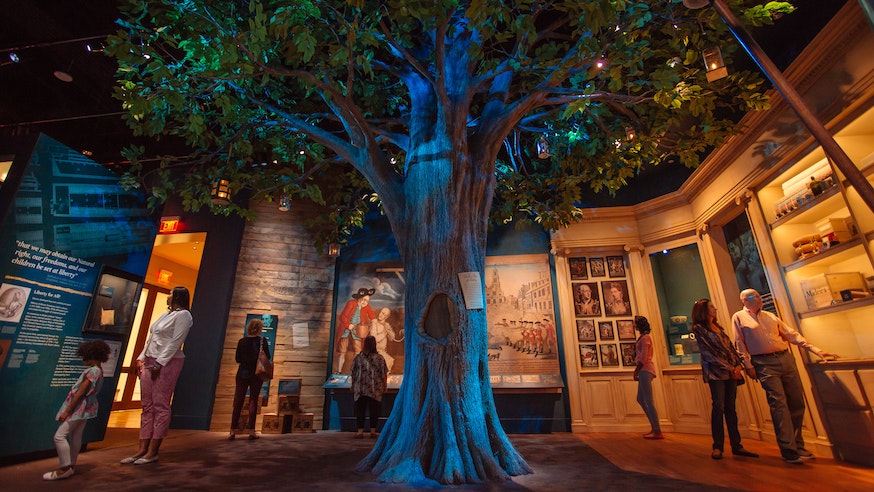 Explore other personal, often-unfamiliar stories of women during the Revolutionary era and the roles they played in the war effort. Learn about Deborah Squash, who ran away from Mount Vernon and sought protection with the British Army; Tyonajanegen (Two Kettles Together), an Oneida woman who played a key role in their nation’s decision to ally themselves with the American Revolutionaries and participated in the violent Battle of Oriskany during the Saratoga Campaign; Baroness Frederika von Riedesel, who recorded her journey and war-time experiences on the Saratoga campaign and as a prisoner-of-war in a detailed personal journal; and more. 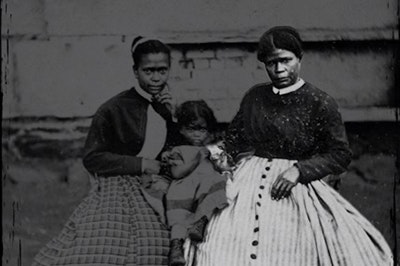 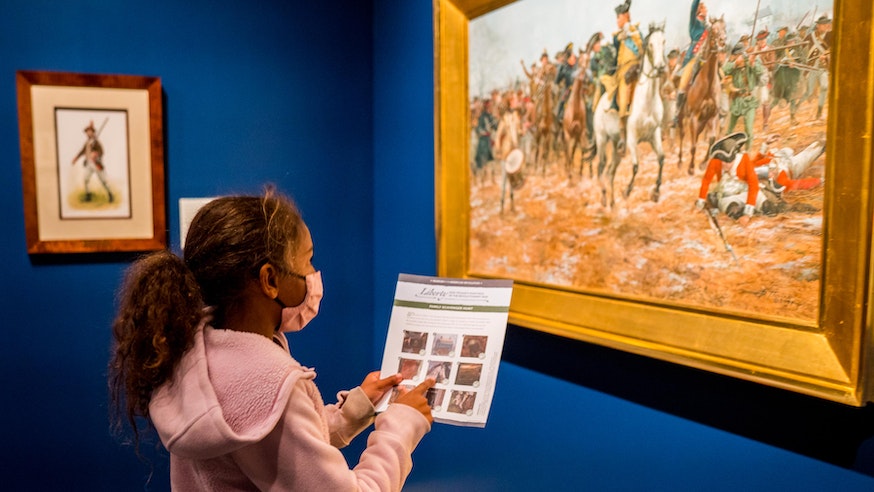 The Museum is currently offering two ticket discounts available with online purchase only, including a Family Four-Pack (two adult GA tickets and two youth GA tickets) for $55 as well as Adult GA tickets for $21 ($24 if purchased at the Museum). 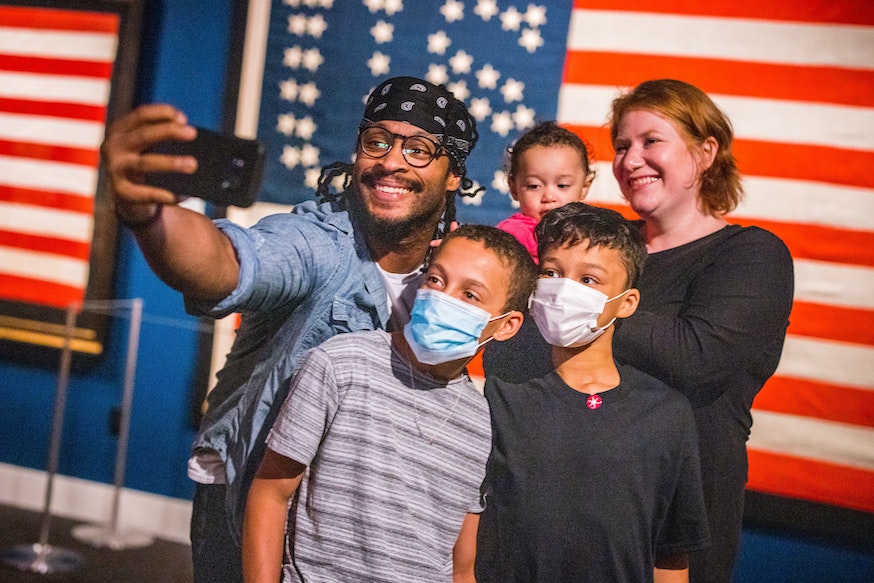 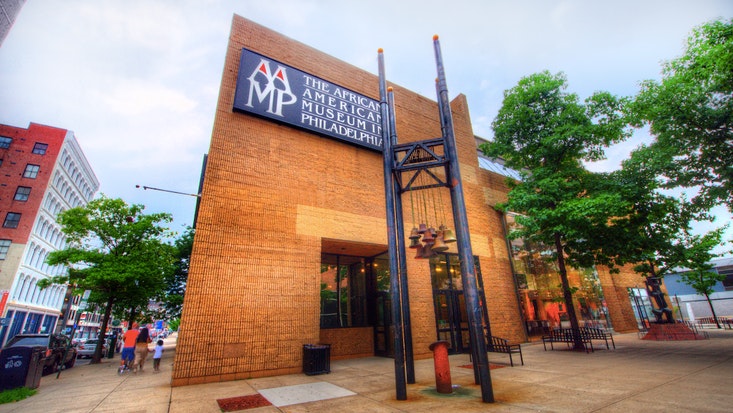 Shop these staff picks from the Museum Shop for Women's History Month. 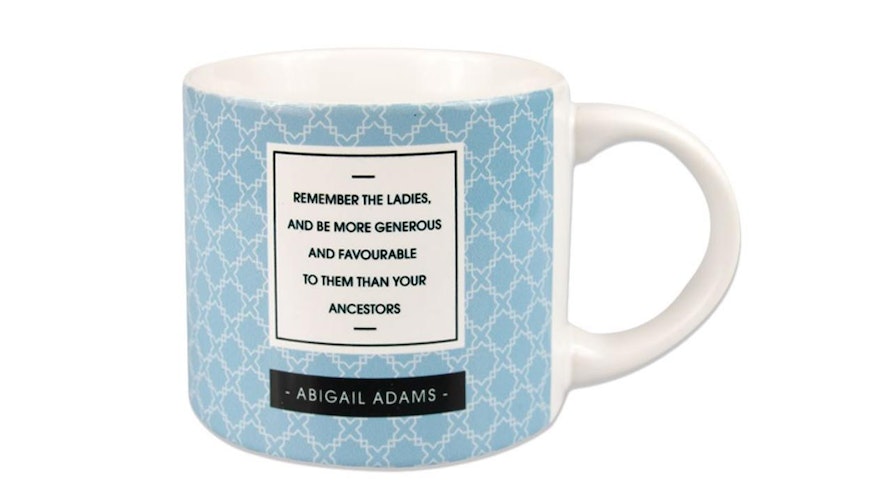 "Remember the ladies, and be more generous and favorable to them than your ancestors." - Abigail Adams

This ceramic mug features Abigail Adams's famous "Remember the Ladies" quote from her March 31, 1776 letter to her husband John. The original letter was on loan from Massachusetts Historical Society and was on display in the Museum's special exhibit, When Women Lost the Vote: A Revolutionary Story, 1776-1807. 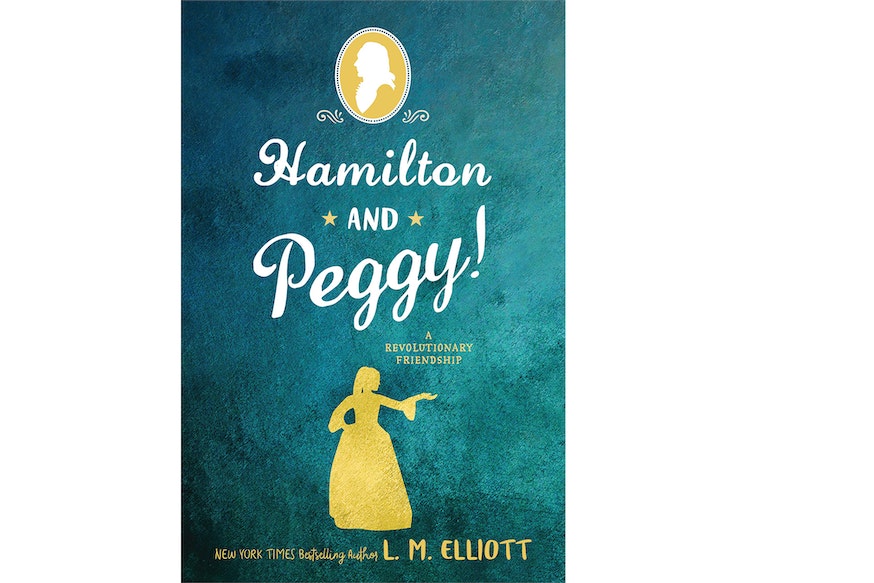 Hamilton and Peggy! A Revolutionary Friendship

Revolutionary. Friend. Lover. Sister. Peggy Schuyler has always felt like she’s existed in the shadows of her beloved sisters: the fiery, intelligent Angelica and the beautiful, sweet Eliza. The three of them have a magnetic pull-they are stronger together than they are alone. But it’s in the throes of a chaotic war that Peggy finds herself a central figure amid Loyalists and Patriots, spies and traitors, and friends and family. Charming, quick-witted, and clever beyond compare, Peggy is determined to use her talents to make her own mark on the Revolutionary War. 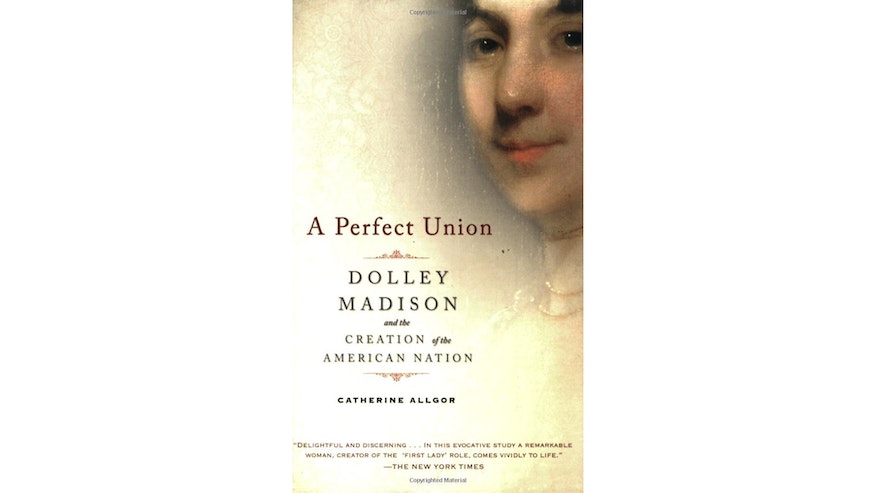 A Perfect Union: Dolley Madison and the Creation of the American Nation

When the roar of the Revolution had finally died down, a new generation of politicians was summoned to the Potomac to assemble the nation's capital. Into that unsteady atmosphere, which would soon enough erupt into another conflict with Britain, Dolley Madison arrived, alongside her husband, James. Within a few years, she had mastered both the social and political intricacies of the city, and by her death in 1849 was the most celebrated person in Washington. And yet, to most Americans, she's best known for saving a portrait from the burning White House.