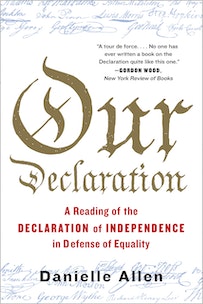 Our Declaration: A Reading of the Declaration of Independence in Defense of Equality by Danielle Allen

“There are no silver bullets for the problem of civility in our political life. There are no panaceas for educational reform. But if I were to pretend to offer either, it would be this: all adults should read the Declaration closely; all students should have read the Declaration from start to finish before they leave high school. Doing this would help our own powers of reading; it would help our children with their reading. It would strengthen our writing and theirs. It would nourish everyone’s capacity for moral reflection. It would prepare us all for citizenship. Together we would learn the democratic arts.”

Read an excerpt from Chapter 1: Night School, as Allen reflects on how a decade of teaching at the University of Chicago shaped her motivations for this book, first published in 2014.

For exactly a decade at the University of Chicago, I taught by day some of the nation’s most elite students—many with tousled hair, often rolling from their dorm room beds right into class, one even showing up casually in his boxer shorts. By night I taught adult students who were without jobs or working two jobs or stuck in dead-end part-time jobs, while nearly always also juggling children’s school schedules, undependable daycare arrangements, and a snarled city bus service. They should have seemed bone tired when they arrived at class, but they pulsed with energy.

I started teaching the text instrumentally. That is, I thought it would be useful. These students with jobs were busy. The Declaration is short. No one would complain about the reading. I could use it to teach history, writing, or political philosophy. And so I began.

My night students generally entered the text thinking of it as something that did not belong to them. It represented instead institutions and power, everything that solidified a world that had, as life had turned out, delivered them so much grief, so much to overcome.

As I worked my way through the text with those students, I realized for the first time in my own life that the Declaration makes a coherent philosophical argument. In particular, it makes and argument about political equality. If the pattern of books published on the Declaration is any indication, we have developed the habit of thinking about the Declaration mainly as an event, an episode in the dramatic unfolding of the American Revolution. But it makes a cogent philosophical case for political equality, a case that democratic citizens desperately need to understand.

What exactly is political equality? The purpose of democracy is to empower individual citizens and give them sufficient control over their lives to protect themselves from domination. In their ideal form, democracies empower each and all such that none can dominate any of the others, nor any one group, another group of citizens.

Ideally, if political equality exists, citizens become co-creators of their shared world. Freedom from domination and the opportunity for co-creation maximize the space available for individual and collective flourishing.

The assertion that the Declaration is about such a rich notion of political equality will provoke skepticism. Is it not about freedom? The text, after all, declares independence.

The Declaration starts and finishes, however, with equality. In the first sentence, the Continental Congress proclaims that the time has come for the people, which they now constitute, to take a “separate and equal” place among the powers of earth. The last sentence of the Declaration finds the members of the Continental Congress, as representatives of their newly designated “states,” “mutually” pledging to each other their lives, their property, and their sacred honor. They stake their claim to independence—to freedom—on the bedrock of an egalitarian commitment to one another. Only on the basis of community built with their equality can they achieve their freedom.

And, of course, there is also the all-important second sentence, which begins, “We hold these truths to be self-evident, that all men are created equal.”

As my night students metabolized the philosophical argument and rhetorical art of the Declaration, many of them, and I along with them, experienced a personal metamorphosis. They found themselves suddenly as political beings, with a consciousness that had previously eluded them. They built a foundation from which to assess the state of their political world. They gained a vocabulary and rhetorical techniques for arguing about it.

In reading the document with me, my students in fact re-gifted to me a text that should have been mine all along. They gave me again the Declaration’s ideals—equality and freedom—and the power of its language. They restored to me my  patrimony as well as their own, and ours.

Dr. Danielle Allen, Our Declaration: A Reading of the Declaration of Independence in Defense of Equality (Liveright, 2014), 31-34, 281. 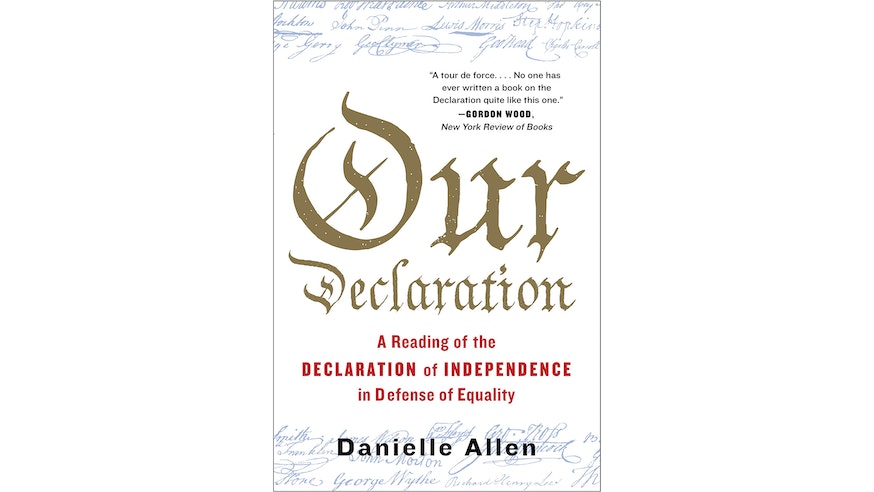 This excerpt from Danielle Allen examines the Declaration of Independence, the document’s relevance today, and the relationship between freedom and equality
Read More 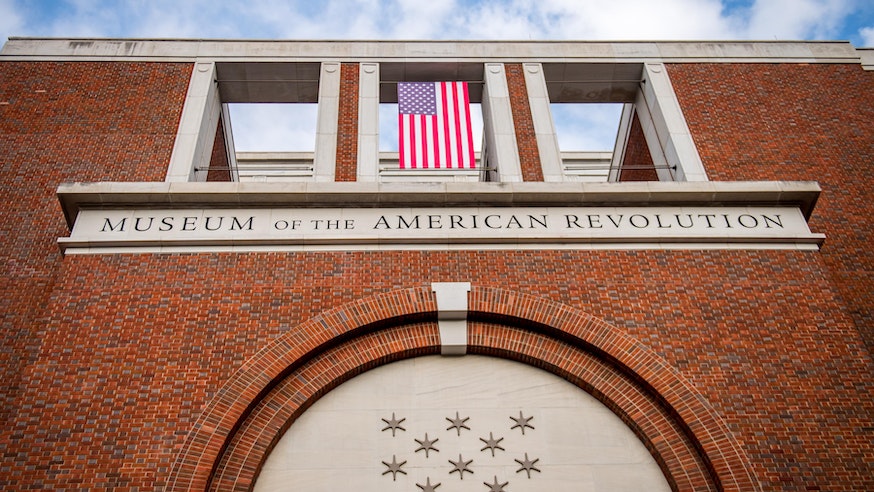