The British Are Coming Back! Living History Event Recreates British Occupation of Philadelphia


In the fall of 1777, Philadelphia – the Revolutionary capital at the time – was seized by the British and occupied for nine long months, with Independence Hall serving as a prison for American prisoners-of-war. 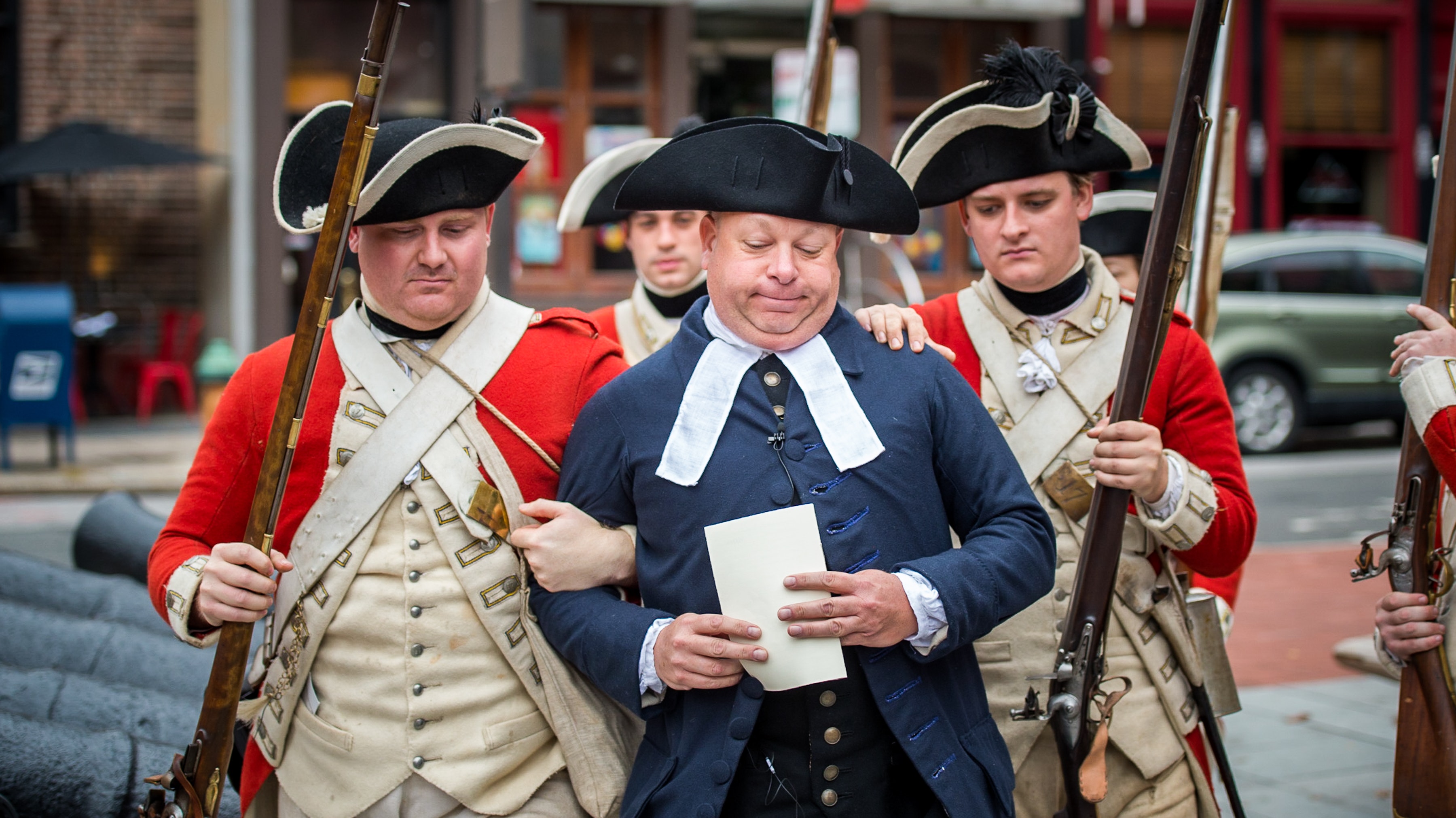 The Museum of the American Revolution will recreate the dark days of the British occupation during Occupied Philadelphia, a two-day living history event on Saturday and Sunday, Oct. 20 – 21. Throughout the weekend, the Museum will offer guided walking tours, special programming, and family-friendly activities exploring what life was like in the city while British forces controlled it.

Visitors will meet costumed historical interpreters portraying soldiers, civilians, and spies on the Museum’s outdoor plaza, which will feature several marketplace stalls. Guests can complete a spy challenge to collect information on the British Army and watch street theater vignettes that bring to life dramatic moments from 1777. In the Museum’s rotunda, guests can cast their vote – was the British presence an occupation or a liberation? 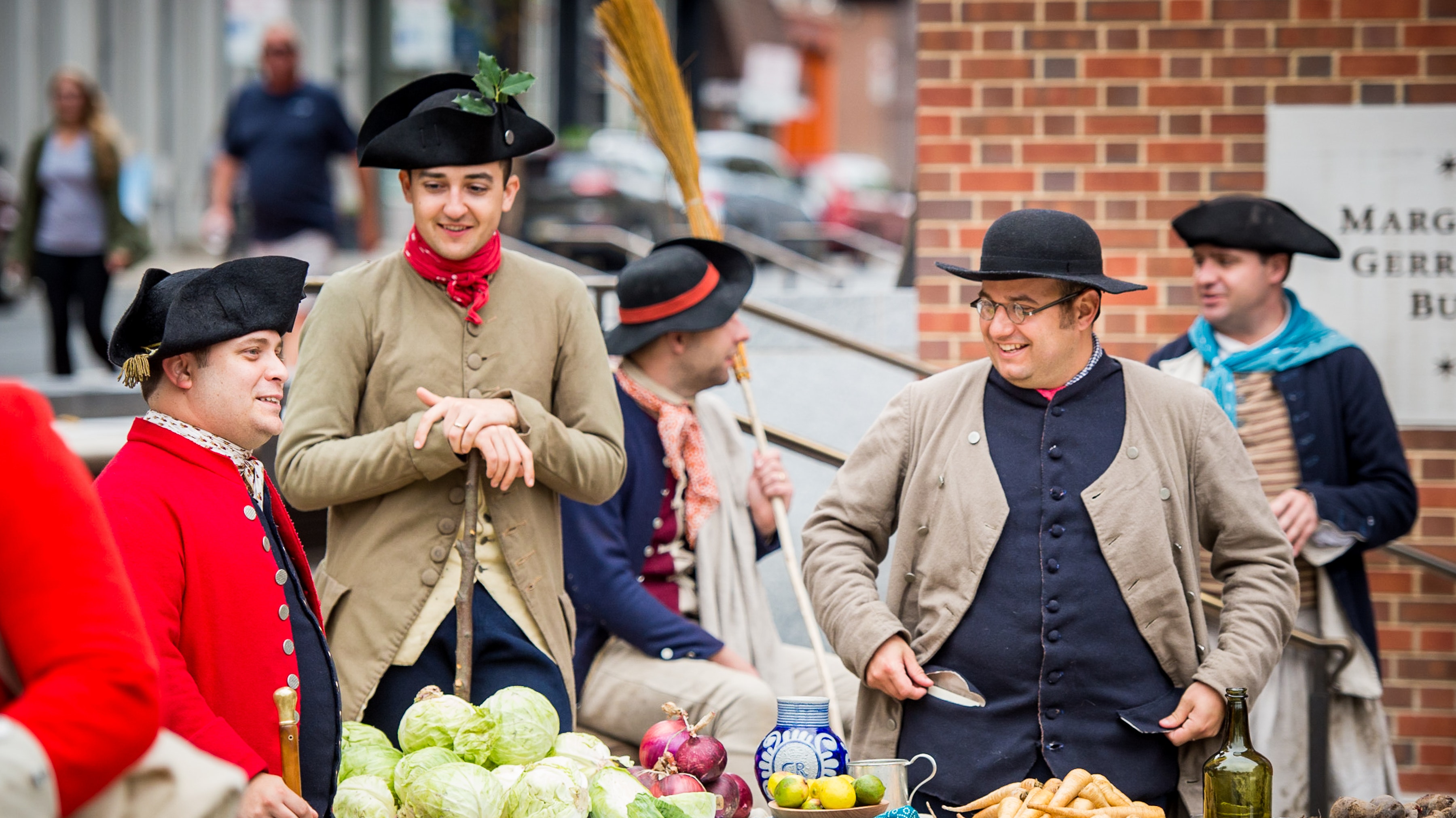 Every half hour from 10:30 a.m. – 4 p.m. on Saturday and 10:30 a.m. – 2 p.m. on Sunday, hour-long neighborhood walking tours will depart from the Museum and include stops at City Tavern Restaurant’s back garden (138 S. 2nd St.) and Carpenters’ Hall (320 Chestnut St.). City Tavern's Chef Staib is the host of the Emmy Award-winning PBS television series "A Taste of History."

Tickets are $12 for the tour only; for the tour with Museum admission, tickets are $27 for adults, $25 for seniors, students and military, $20 for youth, free for kids 5 and under, and can be purchased in advance here or at the front desk.

Inside the Museum, guests can march into the Battlefield Theater to experience the Battle of Brandywine with rumbling floors, rising smoke, and the smell of gunpowder. The Battle resulted in a devastating loss for the Continental Army, leaving Philadelphia vulnerable. The British captured the city two weeks later on September 26, beginning the occupation that would last until June 1778.

The galleries also include a recreation of Independence Hall when it was occupied by the British and served as a prison for Americans officers. A printed gallery guide will highlight artifacts and exhibits related to cities that were captured by the British Army during the War. 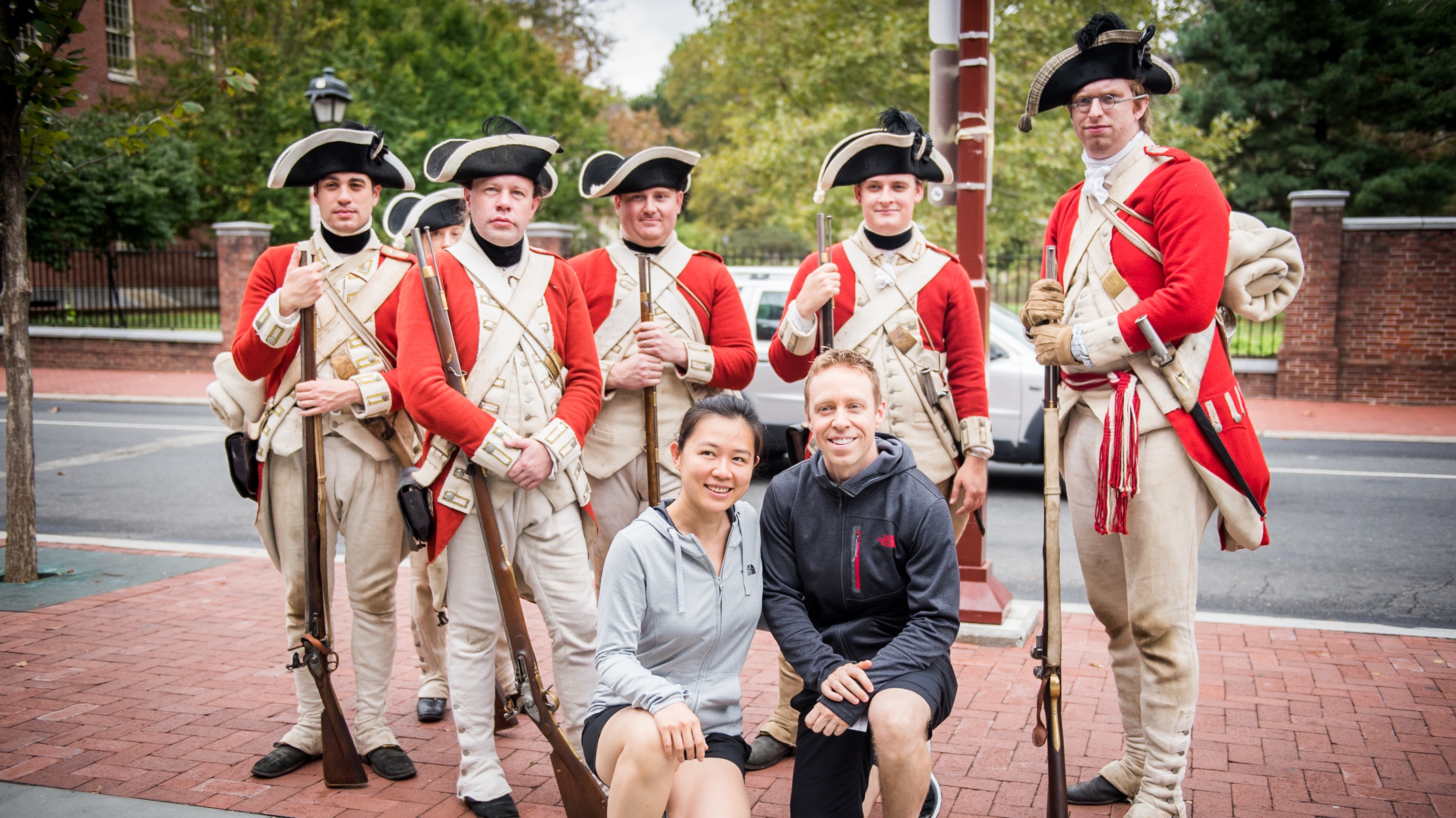 In Revolution Place, the Museum’s new discovery center, games and activities will help families imagine life in the occupied city from 11 a.m. – 3 p.m. Kids can try on Revolutionary uniforms, explore a collection of touchable replica objects, try their nose at the sensory game “Occupied Smelladelphia,” and meet British soldiers and camp followers who have occupied the taverns and meeting houses of the city.