PHILADELPHIA, AUGUST 22, 2017 — Pulitzer Prize-winning author and historian Joseph J. Ellis has devoted his life to studying the lives and times of George Washington, John Adams, Thomas Jefferson, and other great leaders of the Revolutionary era, exploring how they both reflected and transcended their era. 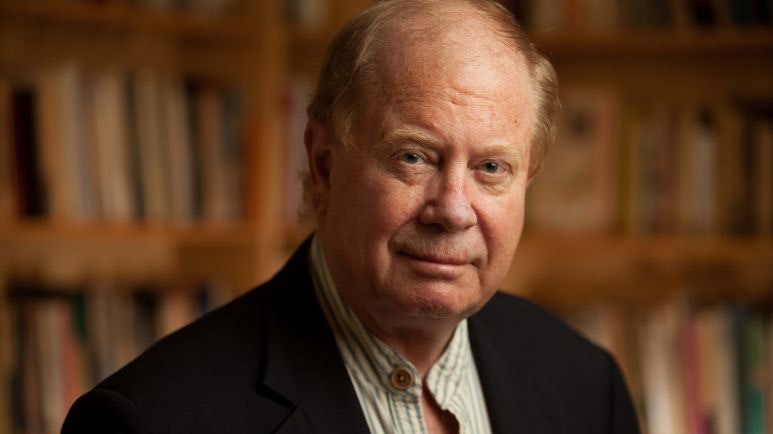 On Wednesday, Sept. 27, Ellis will appear at the Museum of the American Revolution to discuss the character of leadership of the founding era and the reasons such an extraordinary group of dedicated leaders emerged. The event will take place from 6 – 7:30 p.m. in the Museum’s Patriots Gallery. A question-and-answer session and book signing will follow his remarks.

The lecture is the inaugural Carl Buchholz Memorial Lecture, a program established by the generosity of the family, friends, and colleagues of the late Carl Buchholz, former vice chairman of the Museum’s Board of Directors. Those interested in contributing to the endowment for this annual lecture can contact development@amrevmuseum.org.

“Carl Buchholz was an important member of our leadership team at a critical time in the Museum’s development,” said Gerry Lenfest, Chairman Emeritus of the Museum. “This lecture series honors his major service in the founding of the Museum.”

“It is so fitting that Joe Ellis, one of our nation’s great historians of the founding—and one highly regarded by Carl—will be delivering such an important address to inaugurate the Lecture,” said Michael Quinn, Museum President and CEO. “We are delighted that Carl’s family and many of his professional colleagues will be with us for the Lecture.”

Tickets are $10 for members and are now available for purchase here. General admission tickets are $20 ($5 for students), and can be purchased here beginning August 31.

At the time of the Revolution, the rebelling American colonies quickly produced a cadre of strong leaders that today seems out of proportion to the small population of the colonies and outsized in terms of education, political sophistication and devotion to public service, integrity and self-sacrifice. Drawing from his career studying the most influential leaders of the founding, Ellis will reflect on the emergence of such a strong and conspicuous ideal of leadership in the era, and its importance to the outcome of the American Revolution.

One of the foremost historians of the American Founding, Joseph J. Ellis has authored nine books, and was awarded the Pulitzer Prize for Founding Brothers: The Revolutionary Generation and won the National Book Award for American Sphinx, a biography of Thomas Jefferson. His in-depth chronicle of the life of our first President, His Excellency: George Washington, was a New York Times bestseller. Ellis' most recent book, The Quartet: Orchestrating the Second American Revolution, 1783-1789, was released in spring 2015.