PHILADELPHIA, MAY 7, 2018 — What was life like in Philadelphia during the Revolutionary War? Opening Saturday, June 9, the Museum of the American Revolution’s new discovery center, Revolution Place, brings to life the Museum’s lively, diverse Old City neighborhood during the 1700s and invites visitors to learn through hands-on exploration. 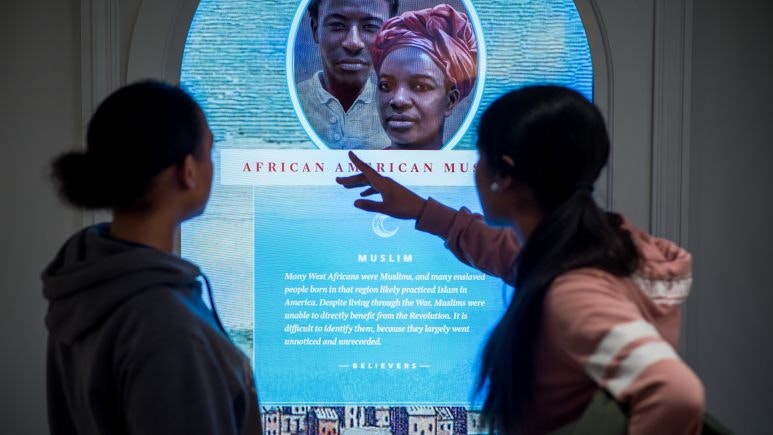 Revolution Place features four key recreated historical environments – a military encampment, a tavern, a home, and an 18th-century meeting house – to immerse and engage families, especially kids 5 – 12 years-old, in the places where the American Revolution took root. Visitors will enjoy experiential elements, interactive touchscreens, reproduction objects, and special programming set against colorful murals that evoke scenes from 18th-century Philadelphia, including a marketplace and a residential alley.

Revolution Place is located on the Museum’s lower level in the John M. Templeton Jr. Education Center, which also includes two large multipurpose classrooms for students and other groups. It is supported in part with multi-media experiences, historical records, and funding from FamilySearch International, a nonprofit, volunteer-driven organization sponsored by The Church of Jesus Christ of Latter-day Saints. 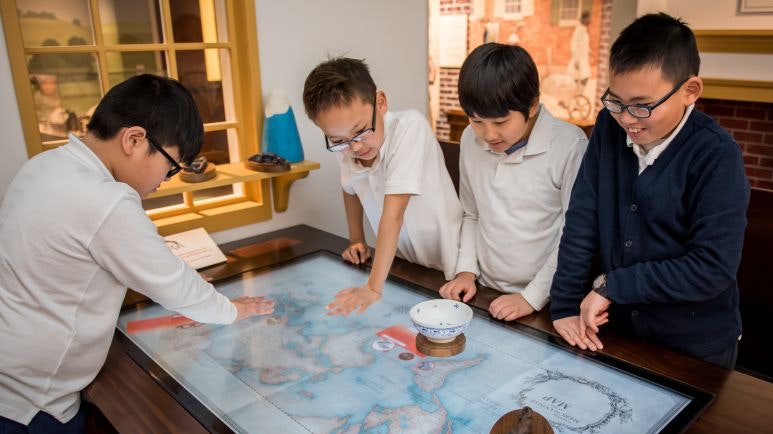 “Learning about our ancestors helps us better understand who we are and where we are headed as a nation,” said Steve Rockwood, President and CEO of FamilySearch International. “We are delighted to support the Museum of the American Revolution in this effort to help people discover who they are by exploring where they come from. Whether or not your ancestors were involved in the American Revolution, we are all inheritors of the Revolutionary promises of liberty, equality and self-government.”

Revolution Place also will be the stage for dynamic daily programs including story times, art and craft projects, and interactions with the Museum’s costumed educators. These programs will enliven the space and highlight life in Philadelphia at the time of the Revolutionary War.

Revolution Place will officially open to the public on Saturday, June 9, and will be available from 11 a.m. – 3 p.m. (opens at 9:30 a.m. Friday – Sunday beginning June 16) from June 9 through September 3 (fall and winter hours will be announced). It is free with regular Museum admission. Tickets to the Museum are available for purchase here.

During opening weekend for Revolution Place on Saturday, June 9 and Sunday, June 10, the Museum will host “Liberation 1778,” a living history event. With costumed historical interpreters inside the Museum and on the outdoor plaza, the event will mark the liberation of Philadelphia by American forces in 1778 after it was occupied by the British for nine long months. 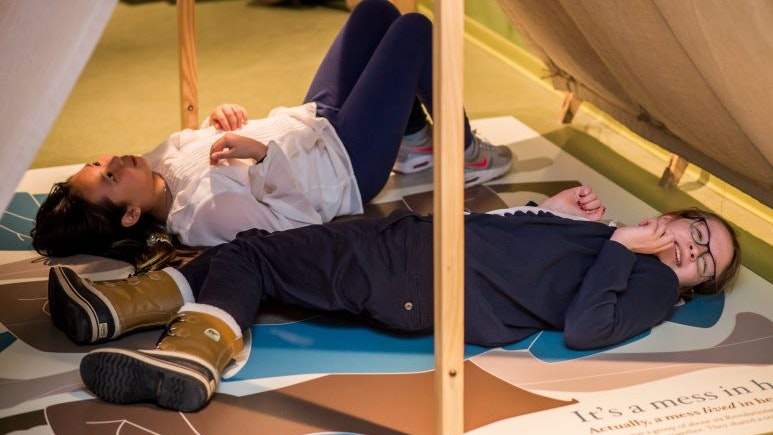 “Revolution Place extends the immersive, hands-on experience of the Museum’s core exhibition to our younger visitors. The new center encourages playful discovery through a range of self-directed and facilitated experiences, all set within the historic spaces and places of the Museum’s own neighborhood,” said Dr. Elizabeth Grant, Director of Education at the Museum. “The Museum is committed to offering rich learning experiences for people of all ages, and we look forward to welcoming visitors as they explore Revolutionary Philadelphia with us this summer.”

Revolution Place was designed in collaboration with Metcalfe Architecture & Design, LLC, in Philadelphia.

About FamilySearch International
FamilySearch International is the largest genealogy organization in the world. FamilySearch is a nonprofit, volunteer-drive organization sponsored by The Church of Jesus Christ of Latter-day Saints. Millions of people use FamilySearch records, resources, and services to learn more about their family history. To help in this great pursuit, FamilySearch and its predecessors have been actively gathering, preserving, and sharing genealogical records worldwide for over 100 years. Patrons may access FamilySearch’s free services and resources online at FamilySearch.org or through over 5,000 family history centers in 129 countries, including the main Family History Library in Salt Lake City, Utah.