Author Rebecca Yamin Will Sign Books at the Museum, Jan. 26

One of the largest urban archaeology projects in Old City Philadelphia, the archaeological investigation of the site of the new Museum of the American Revolution is now the subject of a new book. Archaeology at the Site of the Museum of the American Revolution: A Tale of Two Taverns and the Growth of Philadelphia is available now from Temple University Press. 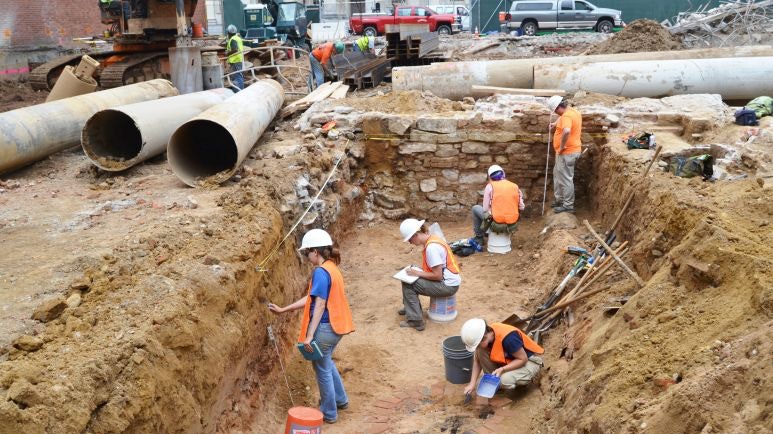 The excavation that began in the summer of 2014 yielded treasures in the trash: unearthed privy pits provided remarkable finds from a mid-18th-century tavern to relics from a button factory dating to the early 20th century. In the book, urban archaeologist Dr. Rebecca Yamin, lead archaeologist on the dig, catalogues items—including earthenware plates and jugs, wig curlers, clay pipes, liquor bottles, and even the “holy grail” of American ceramics, a hard-paste porcelain bowl—to tell the stories of their owners and their roles in Philadelphia history.

As she uncovers the history of the people as well as their houses, taverns, and buildings that were once on the site, she explains how these remains, reveal the story of the growth of Philadelphia from its colonial beginnings to the Second World War. Several artifacts from the excavation are now on display at the Museum, including a tin-glazed punch bowl that wishes “Success to the Tryphena,” a merchant ship carried a 1765 Stamp Act protest letter from Philadelphia to London. 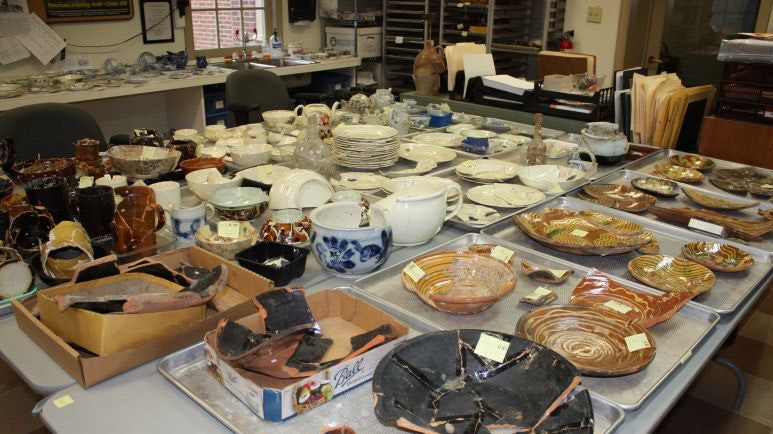 “Rebecca’s stirring account of the archaeological investigation of the Museum’s site shines new light on the irreplaceable records of human experience that lie beneath the streets and basements of 21st-century Philadelphia,” said Dr. R. Scott Stephenson, President and CEO of the Museum of the American Revolution. “This remarkable time capsule offers a rare glimpse into the 18th-century world out of which arose one of the most important events in human history, the American Revolution.”

On Saturday, Jan. 26 from 1 – 3 p.m., Yamin will join the Museum to sign copies of Archaeology at the Site of the Museum of the American Revolution, which are available for purchase in the Museum’s shop. Visitors to the Museum can also learn about the dig with a hands-on activity to reassemble a broken bowl as archaeologists did for the site’s many artifacts. 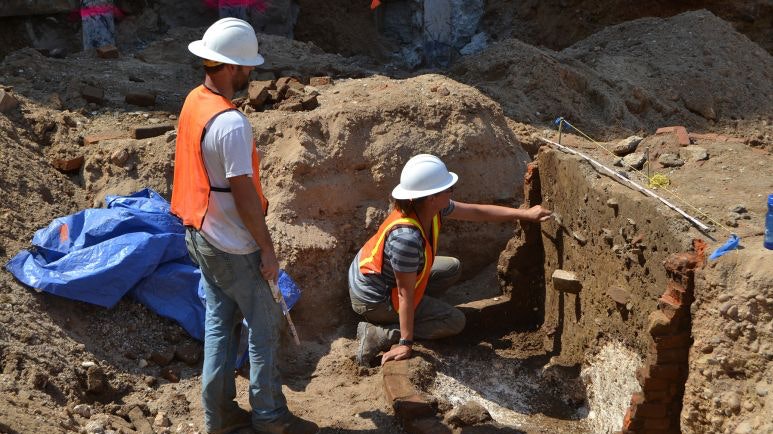 Dr. Rebecca Yamin is an historical archaeologist specializing in urban archaeology and the former director of the Philadelphia branch office of John Milner Associates, Inc., a company that specialized in historic preservation and cultural resource management. She is the author of Digging in the City of Brotherly Love: Stories from Philadelphia Archaeology and Rediscovering Raritan Landing: An Adventure in New Jersey Archaeology, and the co-editor of Landscape Archaeology: Reading and Interpreting the American Historical Landscape. In addition to the Museum of the American Revolution site, Yamin led archaeological investigations on the sites of the Independence Visitor Center and Liberty Bell Center on Independence Mall as well as large urban projects in New York City and New Jersey.