Museum President and Director of Education to Appear on NBC’s “Who Do You Think You Are?” with Actor and Comedian Nick Offerman, July 17 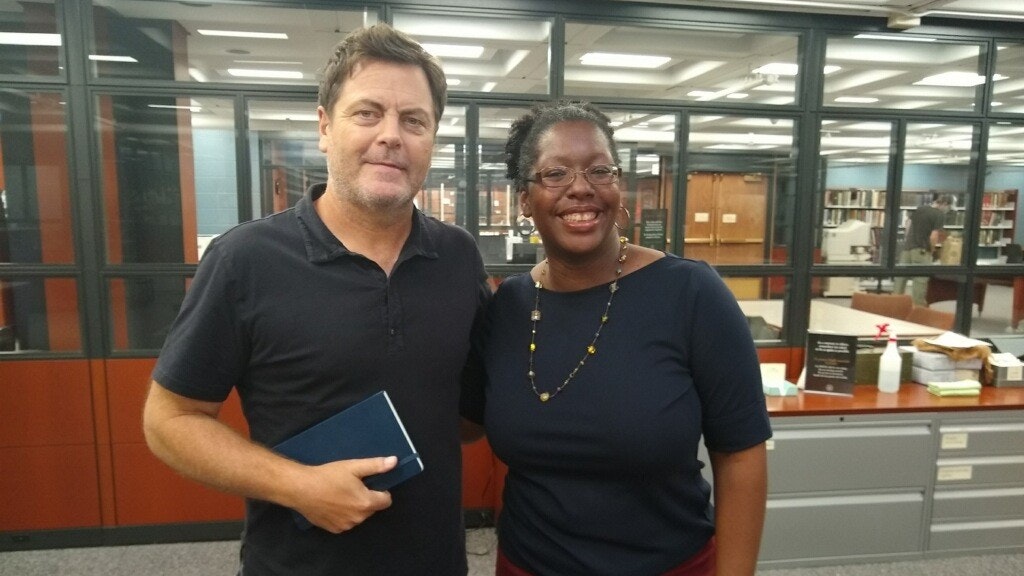 Nick Offerman and Adrienne Whaley filming "Who Do You Think You Are?"

Dr. R. Scott Stephenson, President and CEO of the Museum of the American Revolution, and Adrienne Whaley, Director of Education and Community Engagement, will lend their expertise in American history and genealogy to actor and comedian Nick Offerman during the Sunday, July 17, 2022, episode of NBC’s acclaimed genealogy series, “Who Do You Think You Are?”

The series follows some of today’s most beloved celebrities as they embark on personal journeys of self-discovery to trace their family ancestry. In the July 17 episode, Stephenson and Whaley lead Offerman on a journey to one of the most diverse, divided, and dangerous regions of Revolutionary America to learn about his family history.

The new season is set to premiere on July 10, 2022, and will feature guests including Billy Porter, Allison Janney, Zachary Levi, Bradley Whitford, and Zachary Quinto. Episodes air at 7 p.m. ET. 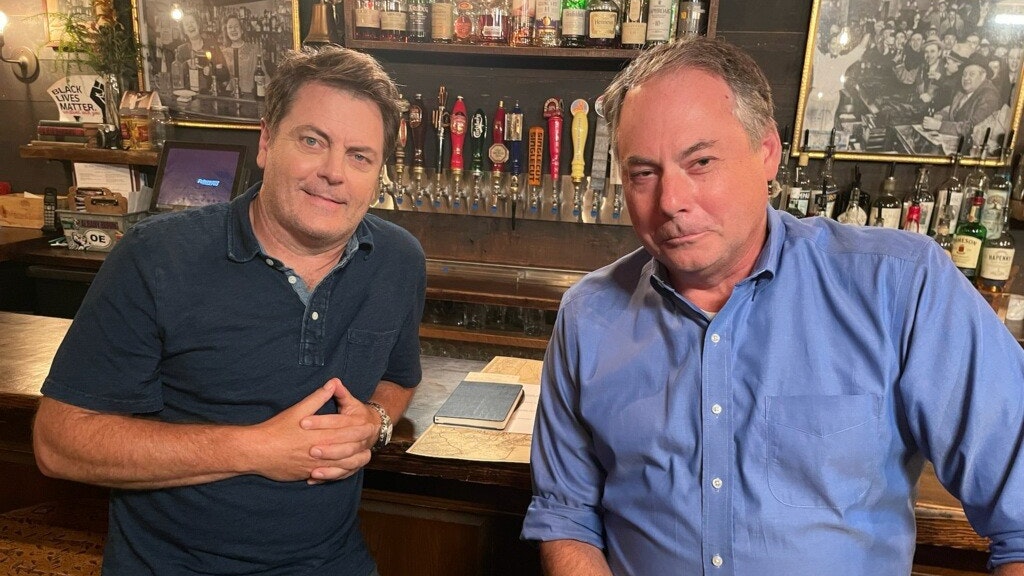 About Nick Offerman
Nick Offerman is an American actor, comedian, and author who is best known from his role on the NBC sitcom “Parks and Recreation.” He also has appeared in the film “The Founder,” the FX series “Fargo,” and the NBC reality competition show “Making It” with Amy Poehler, among many others. Recently, Offerman hosted Netflix’s 2020 documentary film “Have a Good Trip: Adventures in Psychedelics” and provided voice-work for the animated films “Sing 2” and “Trollhunters: Rise of the Titans.” He is the author of several books, including his most recent release in 2021, Where the Deer and the Antelope Play: The Pastoral Observations of One Ignorant American Who Loves to Walk Outside.