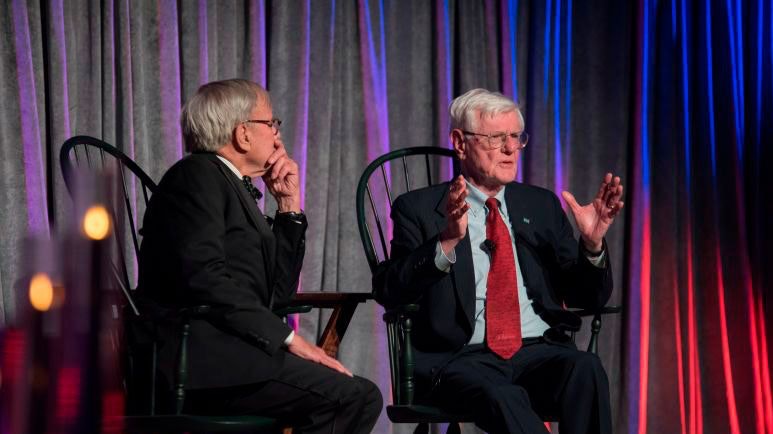 PHILADELPHIA, APRIL 11, 2017 — More than 600 people celebrated the upcoming April 19 opening of the Museum of the American Revolution at a black-tie gala on Saturday, April 8, the first public event of the Museum’s grand opening celebration. The sold-out event raised more than a million dollars that will support the Museum’s first year of operation. The Museum announced last week that it had surpassed its capital campaign goal of $150 million.

"We are honored that so many corporate and philanthropic leaders enthusiastically supported the gala, celebrating the opening of our new Museum and the role it will play in making Philadelphia the leading heritage destination for travelers from across the nation," said Michael C. Quinn, Museum President and CEO. “The proceeds from the gala will give us additional resources to meet any unexpected challenges as we welcome the hundreds of thousands of people from around the world who will come to explore, engage, and be inspired by the extraordinary events of our nation’s founding.”

The black-tie gala began with a cocktail reception in the new Museum and a preview of the Museum’s extraordinary exhibits, artifacts, and films, with music provided by a quartet from Curtis Institute of Music. After the reception, guests enjoyed an elegant dinner in a clear-top tent that stretched down Third Street, providing extraordinary views of the exterior of the new Museum, designed by internationally renowned Robert A. M. Stern Architects, and the historic First Bank of the United States. 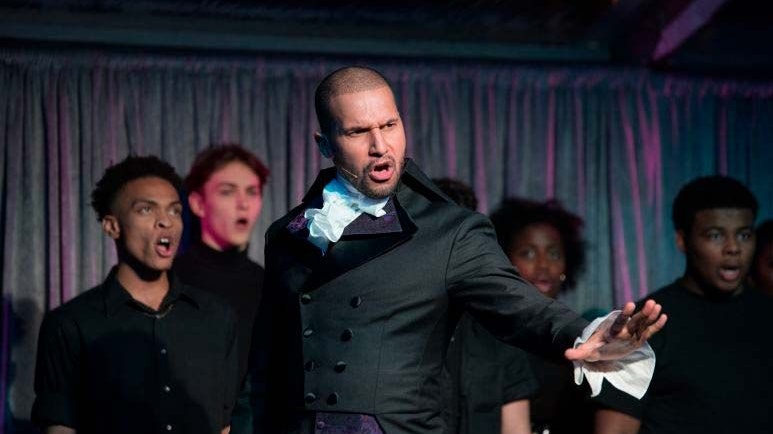 One of the many highlights of the evening included Sydney James Harcourt, an original cast member of “Hamilton,” performing songs from the Broadway phenomenon accompanied by local high school students from The Philadelphia High School for the Creative and Performing Arts. Other music was provided by Penn Masala, the world’s first South Asian a cappella group, and a patriotic trumpet fanfare by cadets from the Valley Forge Military Academy & College.

On Sunday, April 9, an elegant Chairmen’s Brunch, sponsored by Bank of America, one of the Museum’s founding donors, was held in the Museum’s Liberty Hall for more than 250 guests. The event was hosted by Chairman Emeritus H.F. (Gerry) Lenfest and Chairman General John P. Jumper, as well as James F. Dever, Jr., Philadelphia Market President, Bank of America. Guests previewed the exhibits following the brunch.

The Museum’s opening festivities continue with preview events throughout the week, followed by the grand opening celebration on April 19 with a program that stretches from Washington Square to Independence Hall, and culminates on the plaza in front of the Museum.

The official dedication and ribbon-cutting ceremony includes featured speakers Vice President Joe Biden, Pulitzer Prize-winning author David McCullough, and best-selling author, journalist, and political commentator Cokie Roberts, among other speakers and performers. More information about the events and how to acquire tickets is available at www.amrevmuseum.org or by calling 877.740.1776.