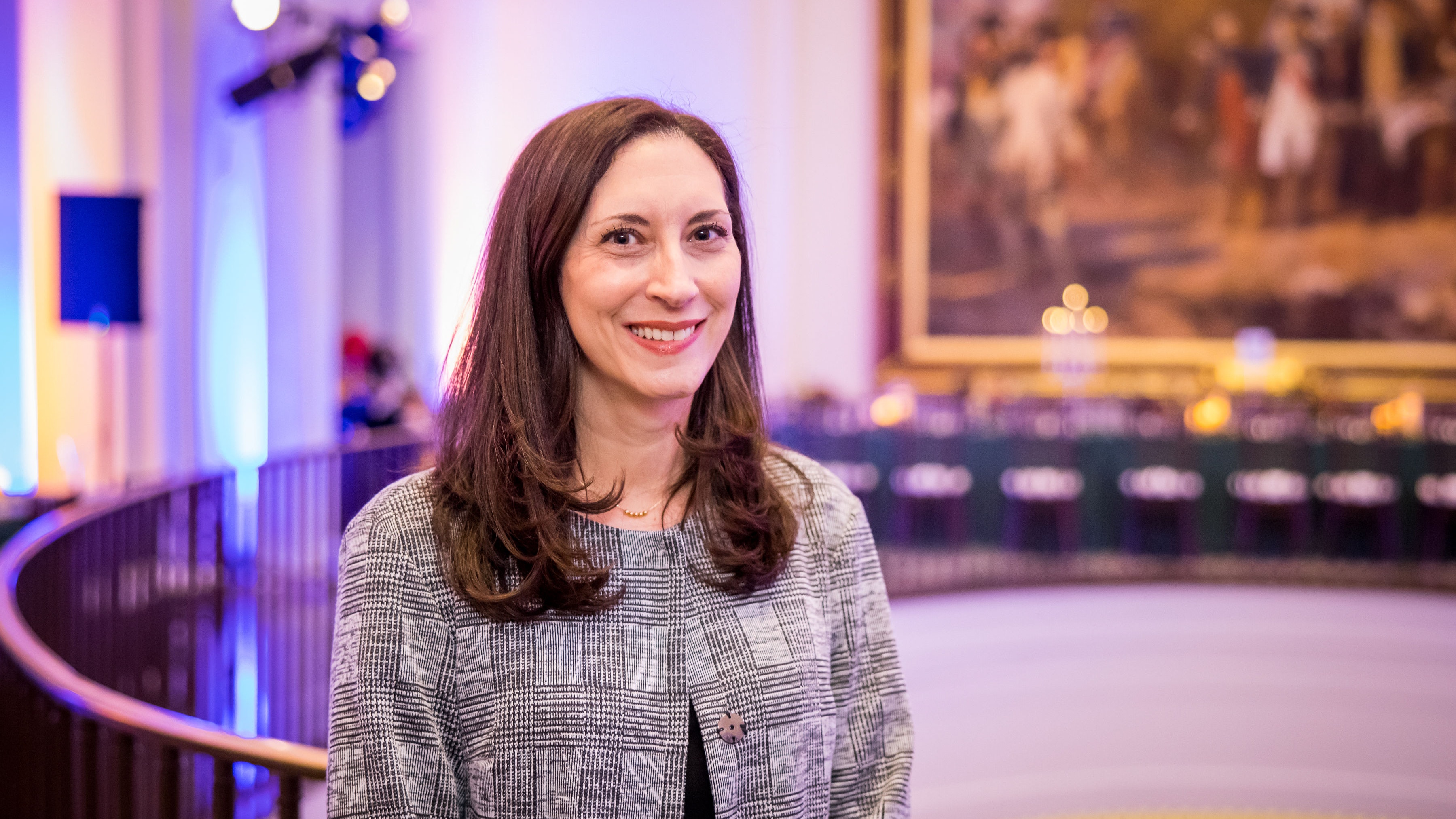 Danielle T. Smereczynski was recently hired as Chief Philanthropy Officer for the Museum of the American Revolution.

The Museum of the American Revolution today announced the hiring of Danielle T. Smereczynski as Chief Philanthropy Officer, beginning February 1, 2022. Smereczynski brings to the Museum more than 20 years of experience as a fundraising leader in the museum field, most recently at the Philadelphia Museum of Art.

Smereczynski previously served as the Deputy Director of Development, Individual Giving, at the Philadelphia Museum of Art, where she oversaw the team that worked collaboratively to advance the museum’s historic $525 million “It Starts Here” campaign—the largest campaign of a cultural institution in Philadelphia history—and met ambitious annual revenue goals. The campaign is enabling the PMA to increase its endowment, advance strategic initiatives, and expand the landmark main building to implement architect Frank Gehry’s visionary plan. Smereczynski was instrumental in helping the museum achieve its most successful year of fundraising in its history in fiscal year 2021—an extraordinary feat in the face of unprecedented challenges brought about by the pandemic.

“We couldn’t be more excited to have Danielle join our ever-growing team,” said Dr. R. Scott Stephenson, President and CEO of the Museum. “As we mature as an organization and raise our national profile, the scope and scale of our operations have increased dramatically and will continue to do so. Danielle’s expertise will be invaluable as we continue to expand our reach both onsite and online, especially as we look ahead to the 250th anniversary of our nation’s founding in 2026.”

In her new role, Smereczynski will work closely with the Museum’s Board of Directors, President and CEO, and senior leadership team to ensure that the Museum is philanthropically and fiscally successful in its current strategic plan as well as in perpetuity through a strong endowment. She will coach, mentor, and manage a team of advancement professionals to new levels of success, growing the Museum’s constituent base and ensuring that the nation’s most generous and thoughtful philanthropists are introduced to the Museum’s mission, vision, and impact. She will build upon the momentum of its successful $150 million capital campaign, which exceeded its goal by nearly $25 million when it concluded at the end of 2017, ensuring that the programmatic, capital, and unrestricted funding needs are well-resourced now and in perpetuity for future generations of visitors.

“I have been impressed with the Museum of the American Revolution’s leadership, programming, scholarship, and reputation since its inception. The current events of the past year have also influenced my desire to be part of this organization as it continues to make a profound and positive impact on society,” said Smereczynski. “The Museum’s mission—to bring to light stories about diverse people and complex events of the American Revolution and its ongoing impact—resonates with me personally. I am honored to join with Dr. Scott Stephenson and the senior leadership team to realize the bold vision for the Museum.”

During her 16-year tenure at the Philadelphia Museum of Art, Smereczynski’s previous roles have included Principal Gifts Officer, Major Gifts Officer, and Director of Leadership Annual Giving. Prior to that, she served as the Capital Campaign Manager at Please Touch Museum, where she managed daily operations of a fast-paced, multi-faceted $82 million capital campaign, and as the Interim Vice Chancellor for Development at Rutgers-Camden. She received a Bachelor of Arts degree in English from The George Washington University.

About Museum of the American Revolution
The Museum of the American Revolution uncovers and shares compelling stories about the diverse people and complex events that sparked America’s ongoing experiment in liberty, equality, and self-government. Through the Museum’s unmatched collection, immersive galleries, powerful theater experiences, and interactive elements, visitors gain a deeper appreciation for how this nation came to be and feel inspired to consider their role in ensuring that the promise of the American Revolution endures. Located just steps away from Independence Hall, the Museum serves as a portal to the region’s many Revolutionary sites, sparking interest, providing context, and encouraging exploration. The Museum, which opened on April 19, 2017, is a private, non-profit, and non-partisan organization. For more information, visit www.amrevmuseum.org or call 877.740.1776.