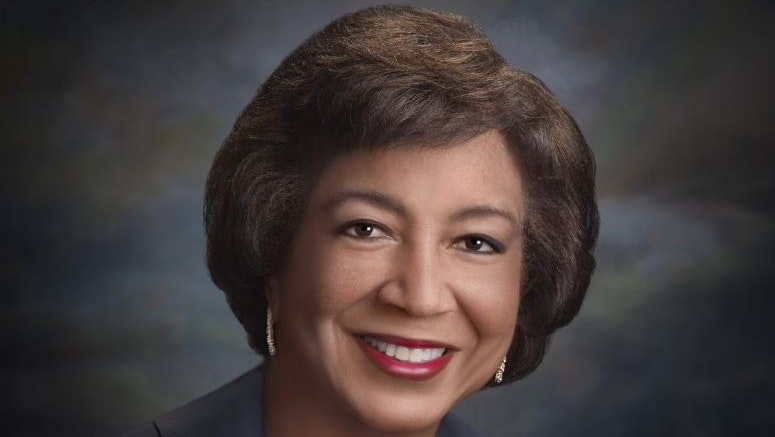 The Museum of the American Revolution today announced the election of Dr. Edith P. Mitchell as the newest member of the Museum’s Board of Directors. Mitchell is an award-winning oncologist and researcher at the Sidney Kimmel Cancer Center at Thomas Jefferson University in Philadelphia. In addition to her medical achievements, Mitchell is a retired United States Air Force Brigadier General—the first female physician to achieve that rank.

“Dr. Mitchell brings such a remarkable breadth of experience and achievement in the fields of healthcare, military service, diversity initiatives, and community outreach to our board,” said Dr. R. Scott Stephenson, Museum President and CEO. “I am also honored that Dr. Mitchell has been a frequent visitor and a Museum supporter since we opened in 2017. She is already one of the family.”

“As a passionate reader of American History and visitor to museums in all fifty states, it is a distinct privilege to join the Board of the Museum of the American Revolution and participate in its continued growth,” said Dr. Mitchell. “I am delighted and indeed honored.”

Edith Peterson Mitchell, MD, MACP, FCPP, is Board Certified in Internal Medicine and Medical Oncology and is Clinical Professor, Department of Medicine and Medical Oncology at Sidney Kimmel Medical College at Thomas Jefferson University and Associate Director for Diversity Programs and Director of the Center to Eliminate Cancer Disparities for the Sidney Kimmel Cancer Center at Thomas Jefferson University. She has spent her medical career helping individuals in medically underserved areas to realize that simple changes in lifestyle can have a dramatic impact on cancer care.

Mitchell has authored and co-authored more than 150 articles and book chapters as well as many abstracts on cancer treatment, prevention, and cancer control. As a distinguished researcher, she has received many Cancer Research and Principal Investigator Awards including a recent Promise Grant from the Susan G. Komen Foundation. She serves on the National Cancer Institute Review Panel and the Cancer Investigations Review Committee, the Clinical Trials and Translational Research Advisory Committee, serves as Co-Chair of the NCI Disparities Committee, and is a member of the NIH Council of Councils. Mitchell was selected to serve as a member of the NCI’s Blue Ribbon Panel convened to advise the National Cancer Advisory Board on Vice President Biden’s National Cancer Moonshot Initiative. In 2019, Mitchell began service as a member of the President’s Cancer Panel.

Mitchell holds leadership positions in the American Society of Clinical Oncology and was the 116th President of the National Medical Association, serving from August 2015 to August 2016. She also serves on the editorial board of the Journal of the National Medical Association and on the Board of Trustees for Geisinger Commonwealth Medical College and Tennessee State University.

Among her many honors, Mitchell has received the ‘Tree of Life’ Award which recognizes health professionals who have made extraordinary contributions to health management in both the local and global community. She was awarded the American Cancer Society’s Cancer Control Award for her significant commitment to research, education, and diversity and the Research Award by the Council of Women Physicians of The National Medical Association. Most recently, she was an honoree for the 2020 United Negro College Fund’s Mayor’s Masked Ball.

In addition to her medical achievements, Mitchell is a retired United States Air Force Brigadier General, having served as the Air National Guard Assistant to the Command Surgeon for US Transportation command and headquarters Air Mobility Command (AMC) based at the Scott Air Force Base in Illinois. Mitchell has been awarded over 15 military service medals and ribbons including the Legion of Merit, Meritorious Service Medal, Air Force Achievement and Commendation Medals, National Defense Service Medal, and Humanitarian Service Medal.