Museum Asks Visitors How They Will #BeTheRevolution, Aims to Create Flag with 10,000 Personalized Ribbons by July 4 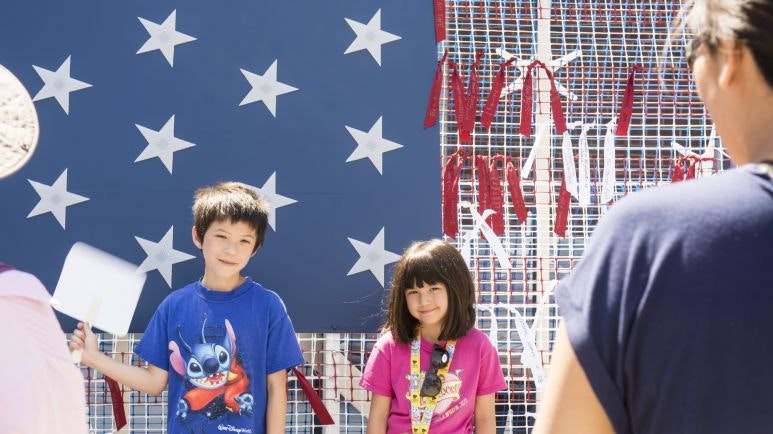 The Museum of the American Revolution is asking visitors and passersby to declare how they are carrying forward the American Revolution’s promises of liberty and equality by adding a personalized ribbon to a flag-shaped “Declarations Wall.” The wall is located on the Museum’s outdoor plaza from 10 a.m. - 6 p.m. on Saturday, June 30 – Wednesday, July 4, 2018. The goal is to collect 10,000 ribbons by July 4.

Those who aren’t able to make it to the Museum in person can join the conversation on Facebook, Twitter, and Instagram using #BeTheRevolution. Museum staff will add a ribbon to the wall on their behalf. 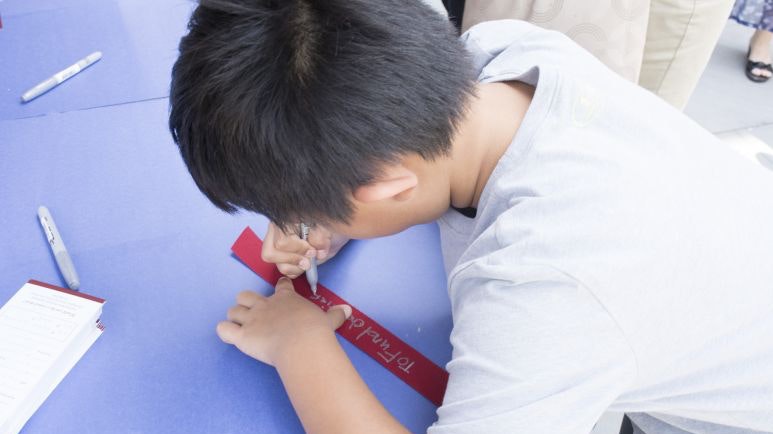 One side of the 6.5 ft. by 12 ft. “Declarations Wall” features a 13-star American flag based on one depicted by Abel Buell in a 1783 map of the new United States. The other side features George Washington’s Headquarters Flag, the flag that marked his headquarters and his presence on the battlefield during the Revolutionary War, which is in the Museum’s collection and was recently displayed at the Museum for the first time.

“The American Declaration of Independence holds that all people have fundamental rights and that government exists for the good of the people,” said Dr. Elizabeth Grant, Director of Education at the Museum. “This Fourth of July, we’re exploring the Declaration’s very words and global legacy, inviting visitors to tell us how they understand the Declaration’s meaning for today.” 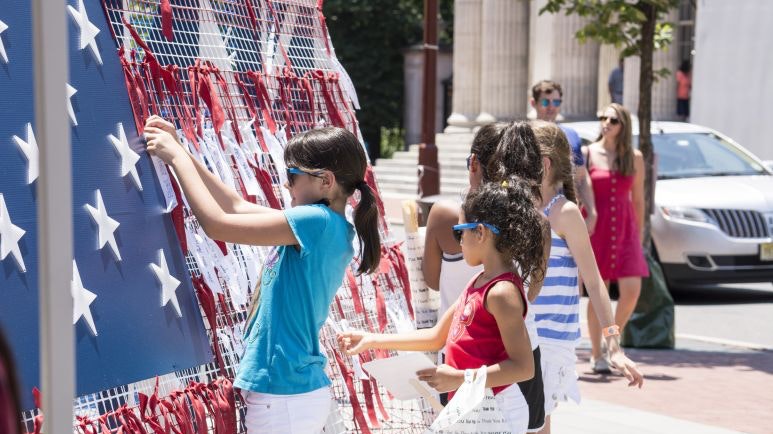