Free Fifes for Kids and Other Giveaways, Music Lessons, and Marching Demos

Sound the drummers call! Beat the quick march! On Saturday, August 18 from 11 a.m. – 2 p.m., the Museum of the American Revolution will be celebrating the fifers and drummers of the Revolutionary War with a free Fife and Drum Party on the Museum’s outdoor plaza. 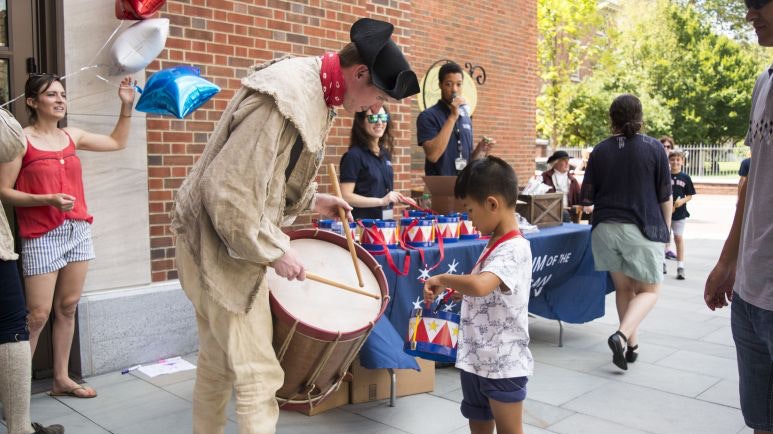 At 11 a.m., Noon and 1 p.m., the Fifes and Drums of the Old Barracks will perform patriotic tunes on the plaza. At 11:30 a.m., the Museum’s own costumed musicians will offer fife and drum demonstrations and a brief lesson.

The party also will include free toy fifes for the first 300 guests and other giveaways. Guests of all ages can try on Revolutionary costumes and march to the beat of their own drum during parades around the plaza at 12:30 p.m. and 1:30 p.m.

The event is free and open to the public (museum admission not included). In the event of rain, the party will be moved into the Museum’s first-floor Patriot Gallery and will still be free. Water ice, pretzels, lemonade, and other food and drink options will be available for purchase from the Museum’s Cross Keys Café. 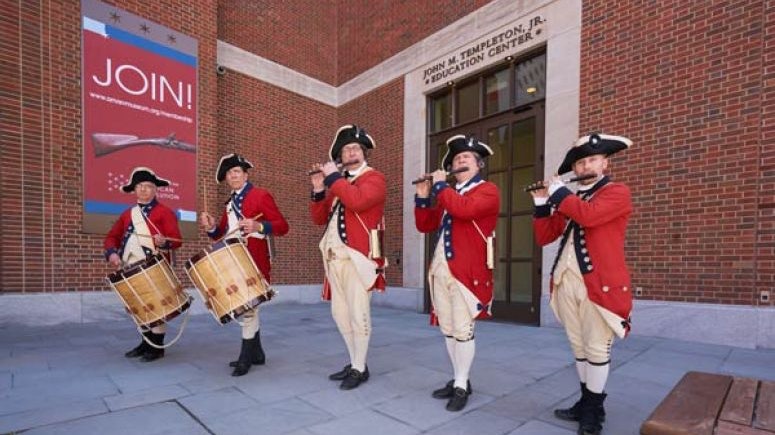 “Musicians were a vital – but often forgotten – part of the Revolutionary War and were essential for communicating commands and boosting morale,” said Matthew Skic, associate curator at the Museum and a prolific fifer. “At the Museum, we remember and celebrate their bravery and the sacrifices they made as they contributed to the creation of our American nation.”

In the Museum’s galleries, visitors can see a rare American-made, pre-Revolutionary War military drum, which dates back to 1740. Believed to be the second oldest dated American drum in existence, it still retains a fragile paper label inscribed with the name of its maker, Robert Crosman of Taunton, Massachusetts. Visitors also can see a British fife made in London in about 1780. It is a rare example of the type of fife British and American military musicians played during the war.