Celebrate Military Spouse Appreciation Day at the Museum, May 11-12

PHILADELPHIA, APRIL 27, 2018 — The Museum of the American Revolution will celebrate National Military Spouse Appreciation Day on Friday, May 11 and Saturday, May 12 with special talks and tours about the roles of military families during the Revolutionary War. The programs kick off free Museum admission to Blue Star Families throughout the summer. 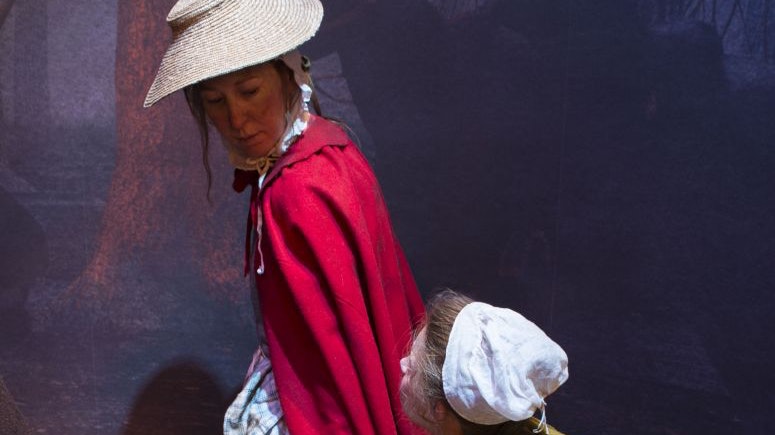 “I know firsthand that military spouses and their children have an incredibly special, challenging, and often underappreciated role in serving our country,” said General John P. Jumper, the Museum’s Board Chair and Acting CEO, a retired four-star general who spent nearly four decades in the United States Air Force. “We are delighted to be able to offer this token of our appreciation and highlight their remarkable stories – both during the Revolutionary War and today.”

On Friday, May 11 at 2 p.m., Katherine Becnel, a Museum Gallery Educator and a military spouse, will present a 30-minute talk about military families in the Museum's Liberty Hall. Becnel will discuss the many ways soldiers and their families on both sides contributed to the Revolutionary War. The talk is free with regular Museum admission.

On Saturday, May 12 from 1–3 p.m., visitors can participate in a special extended program that will include Becnel’s 30-minute talk at 1 p.m., followed by a tour of the exhibits that will highlight similarities and differences between Revolutionary military families and those of today. Light refreshments will be served in between the talk and tour. Tickets are $12 in addition to regular Museum admission, and can be purchased here.

The programs will highlight stories about military families, including those of Betsy Ross and Rebecca Flower Young, who both were married to men that fought for the Revolutionary cause; Martha Washington, the wife of General George Washington, the commander-in-chief of the Continental Army; Esther Reed, who founded the Ladies Auxiliary of Philadelphia while her husband served as a soldier and who went door to door in Philadelphia and raised funds for the Continental Army; Baroness von Riedesel, who followed her Hessian husband to war and aided the wounded while journaling about her experience; as well as the many camp followers, or women and children that served and supported the armies.