Celebrate Juneteenth with the Museum Onsite and Online, June 17 - 21 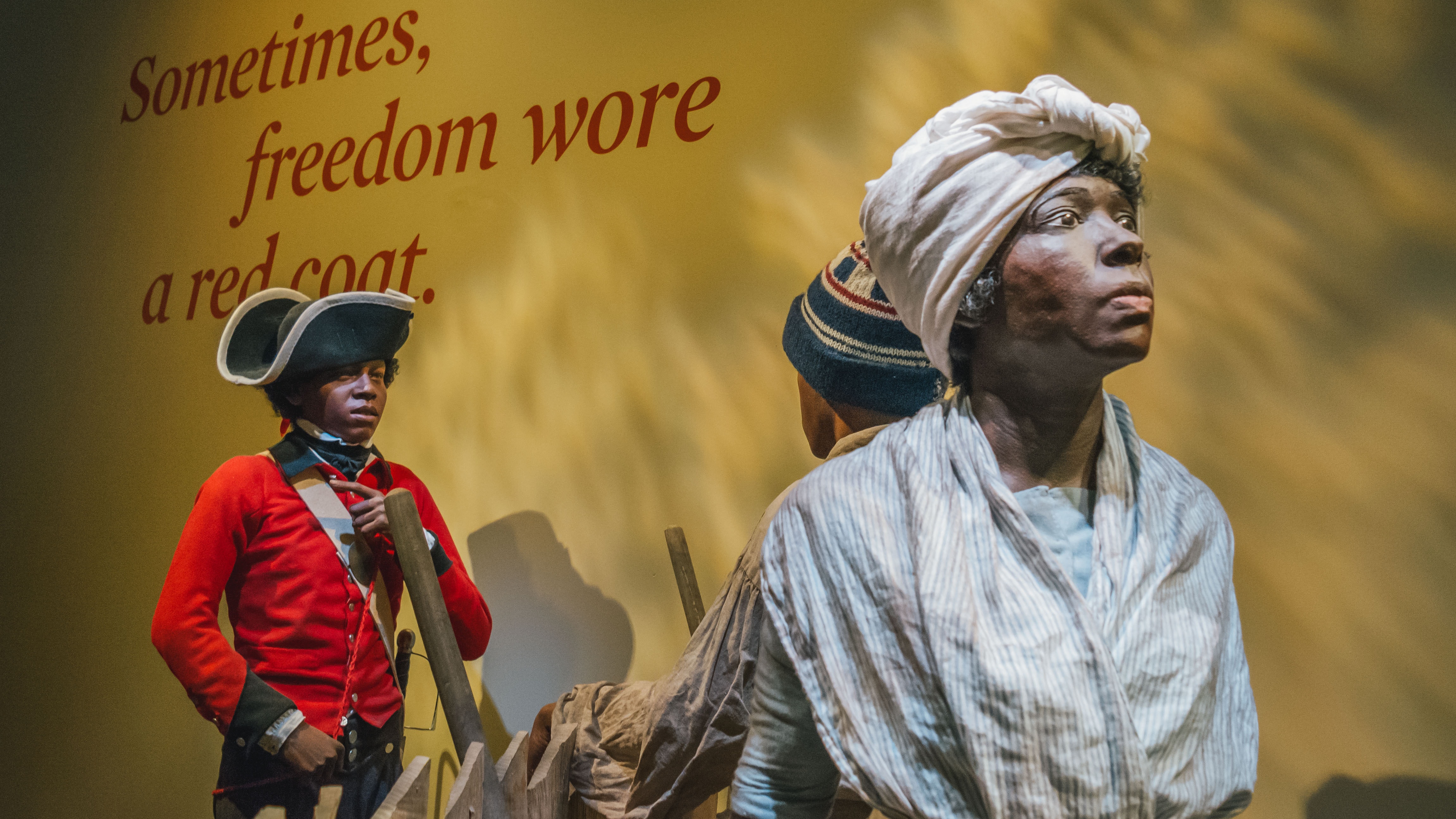 Celebrate Juneteenth, the oldest nationally celebrated commemoration of the legal abolition of slavery in the United States, with the Museum of the American Revolution from Thursday, June 17 – Monday, June 21, 2021, and explore the continuing struggle for equality for all. Juneteenth, which was declared a state holiday in Pennsylvania in 2019, commemorates the day in 1865 when the abolition of slavery reached the deepest parts of the former Confederacy in Texas.

In the Museum’s galleries and through special virtual offerings—including discovery carts, pop-up talks, a virtual walking tour, and more— the Museum will delve into the lesser-known stories of Black men and women of the Revolutionary era such as Richard Allen, Elizabeth Freeman, Ona Judge and Harry Washington, and explore the meaning behind Juneteenth and its connections to the Early Republic.

“As a Museum, we are committed to a nuanced, inclusive telling of the Revolutionary story that shines a light on lesser-known people of the era who played a role in establishing our nation,” said Adrienne Whaley, Director of Education and Community Engagement. “Juneteenth is a celebratory moment, but also provides an opportunity for deep reflection about what the American Revolution’s promises of liberty and equality mean for all people and the role each of us plays in working to fulfill those promises.”

All onsite Juneteenth offerings are included with regular Museum admission. The Museum is currently open Thursdays – Mondays from 10 a.m. - 5 p.m. Advanced online ticket purchasing is recommended to guarantee availability. Tickets can be purchased here or by calling 215.253.6731. Children ages 5 and under are always free.

Mother Bethel Virtual Walking Tour | Online, June 19 at 10 a.m.
Discover the story of Richard Allen, a minister who founded the African Methodist Episcopal Church, the first independent Black denomination in the United States. Allen was co-founder of the Free African Society, a mutual aid organization founded the same year as the formation of the United States Constitution in 1787, and opened his first AME church, Mother Bethel, in Philadelphia in 1794. Join us for a virtual exploration of Mother Bethel, including its story-rich stained-glass windows and burial ground, where people from the Revolutionary-era are interred. The tour will be broadcast on our Facebook page and website.

Discovery Cart: Harry Washington | Onsite, Saturday – Sunday, 11 a.m. – 3 p.m.
Explore replica objects related to the life of Harry Washington, who was enslaved by George and Martha Washington and found freedom through service in the British army. A virtual version of this discovery cart is also available online anytime.

Pop-Up Talks: Finding Freedom Tableau | Onsite, Thursday – Monday
Listen to 10-minute pop-up talks at the Museum’s Finding Freedom tableau scene to learn how enslaved people of African descent sometimes sought freedom through the British army. Plus, explore the stories of Black men and women in war-torn Virginia with the Finding Freedom online interactive feature, which is free and accessible to all at any time.

In the Museum’s galleries and in our free Virtual Museum, explore other personal—often unfamiliar—stories of free and enslaved people of African descent during the Revolutionary era. Learn about Deborah Squash, who ran away from Mount Vernon and sought protection with the British Army; Olaudah Equiano, who purchased his own freedom and published a memoir of his experiences; and Crispus Attucks, a dockworker of African and Native descent who was killed during the Boston Massacre and is considered by many historians to be the first casualty of the American Revolution; among many others.