Sign a Giant Birthday Card, Enjoy a Slice of Cake, and Have Breakfast with George Washington

Final Weekend to See “Among His Troops” Special Exhibition

PHILADELPHIA, JAN. 29, 2018 — Presidents Day was originally established in 1879 to commemorate the birthday of George Washington, our nation’s first president, and later expanded to include all who have held our nation’s highest office. This year, the Museum of the American Revolution will celebrate Presidents Day weekend, Saturday, Feb. 17 – Monday, Feb. 19, with family-friendly festivities and the final chance to see the Museum’s limited-run special exhibit Among His Troops: Washington’s War Tent in a Newly Discovered Watercolor. 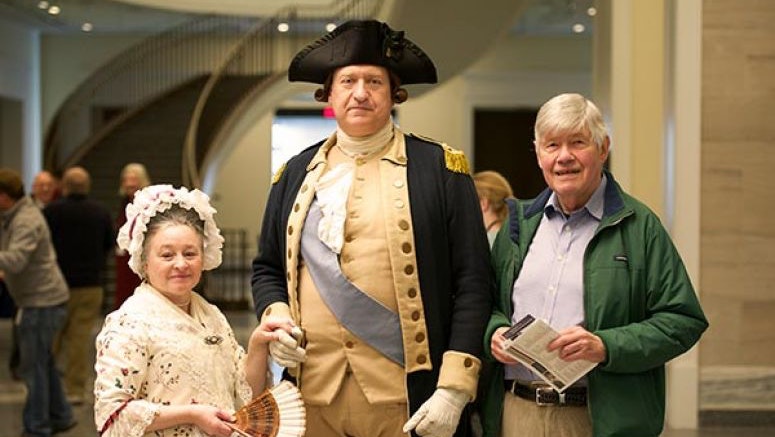 Among His Troops, which runs through Feb. 19, brings together works of art, weapons, and other artifacts from the Revolutionary War to explore the history surrounding a rare eyewitness painting of the Continental Army in 1782, which was discovered by the Museum’s curators. Tickets are free with regular Museum admission.

Throughout the weekend, gallery activities and costumed historical interpreters will focus on the Commander-in-Chief’s Guard, a unit of the Continental Army that protected General Washington during the Revolutionary War and set up his tent. Throughout the weekend, visitors can wish Washington a happy birthday by signing a giant birthday card. On Saturday, Feb. 17, at 1 p.m., visitors can sing to Washington and enjoy a slice of cake shaped like Washington’s Headquarters Flag, the flag that marked his presence on the battlefield, which is in the Museum’s collection. 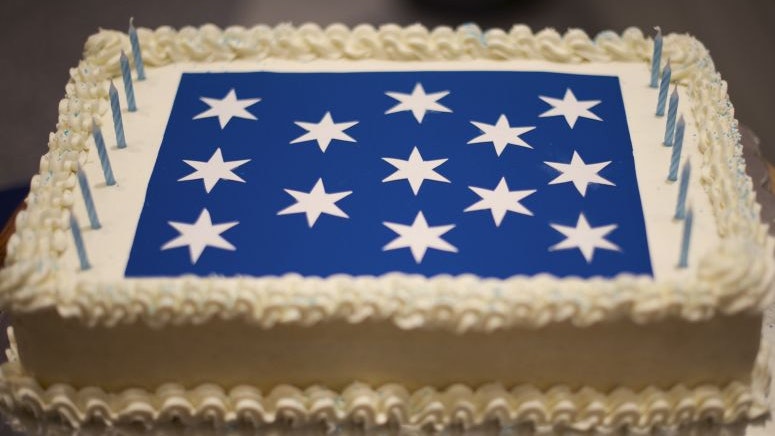 Also on Saturday from 1 – 3 p.m., Museum staff will be at the Blue Cross RiverRink WinterFest on the Delaware Waterfront with a prize wheel and the chance to win swag and other prizes. A costumed historical interpreter will be skating and posing for photos. Visitors who bring a WinterFest ticket stub to the Museum through Feb. 19 will get $3 off admission. Likewise, Museum ticket stubs are good for $3 off admission to WinterFest (walk-up only).

On Sunday, Feb. 18, 2018, enjoy Breakfast with George Washington, which includes a meet-and-greet with a Washington historical interpreter as well as a delicious breakfast buffet, courtesy of Brûlée Catering, in the Museum’s elegant Liberty Hall. Seatings are at 10 a.m. and 11 a.m. Tickets for the breakfast are $50 for adults, $25 for children and $40 for members (includes Museum admission) and are available for purchase here.

At the breakfast, General Washington will meet and greet guests while they dine on an assortment of muffins, bagels and mini quiches. Shane Chocolate Works will be onsite to serve hot drinking chocolate inspired by Thomas Jefferson’s own recipe to guests. Also in attendance will be one of Washington’s Commander-in-Chief Guards. Guests can create their own Diamond Eagle-inspired pendant like the one owned and worn by George Washington which is currently on display at the Museum through March 4.

In the Museum’s core exhibit, visitors can see Washington’s War Tent, a dramatic theater presentation of the field tent that served as Washington’s wartime headquarters, as well as his silver camp cups and portmanteau. Visitors also can view a sword that belonged to Washington, on loan from a private lender, which was made in Philadelphia in 1770 and used during the early years of the Revolutionary War. The sword is displayed alongside a hand-painted copy (ca. 1778) of Peale’s portrait of Washington. Peale’s portrait was one of the first images of the Commander-in-Chief during the war.